PETA is calling on the U.S. Department of Agriculture (USDA) and the federal Occupational Safety and Health Administration (OSHA) to investigate new and shocking allegations of animal abuse, neglect, and employee endangerment at UniverSoul Circus. 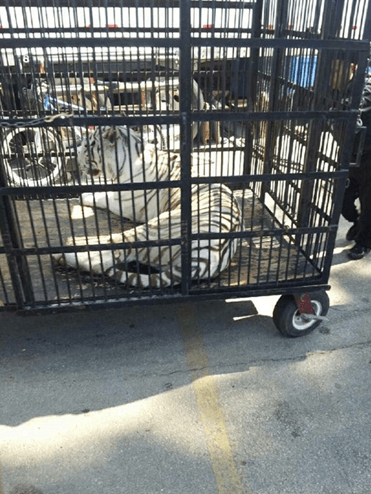 According to a sworn affidavit signed by a former employee who spent numerous years on the road with the circus, “The treatment of animals—particularly elephants and big cats—that I witnessed during the course of my employment for [Soul Circus, Inc.] struck me as highly inappropriate, unnatural, and abusive.”

The whistleblower reports that three elephants—Makia, LouLou, and Lovie—whom UniverSoul pays Jorge Barreda to include in its shows are chained at performance venues by one leg 24 hours a day, seven days a week, unless they’re performing. The chains are so short that the elephants are unable to lie down, turn around, or exercise.

According to the whistleblower, the elephants are always kept chained with inadequate protection from the sun and elements when traveling with UniverSoul. During one storm, they were forced to stand outside in at least 18 inches of waste-filled floodwater, exposing them to the danger of falling trees and power lines and other harmful conditions. The storm was so strong that a canopy collapsed on top of the elephants.

Like other elephants forced into entertainment against their will, Makia, LouLou, and Lovie show chronic signs of extreme stress, including repeatedly bobbing their heads and swaying back and forth. 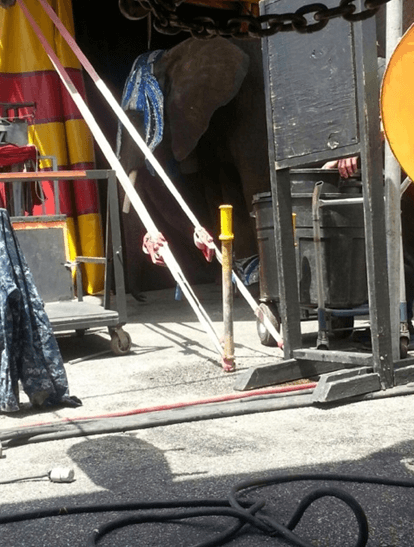 The tigers and cougar whom UniverSoul pays notorious big-cat owner Mitchel Kalmanson to include in its shows are also suffering. Relegated to tiny cages, the big cats are not provided with access to exercise pens at any of the performance venues. The imprisoned animals frequently growl and exhibit extreme stress by pacing in small cages. When they have been exposed to extreme heat, the whistleblower describes seeing the big cats trying to soak their paws in their drinking water in a desperate attempt to cool off.

One of Kalmanson’s handlers informed the whistleblower that the tigers are declawed—a cruel and painful procedure that the USDA prohibits. 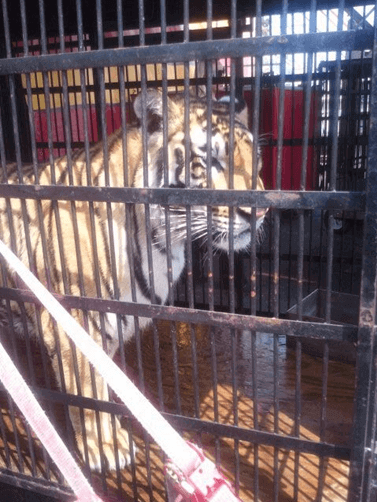 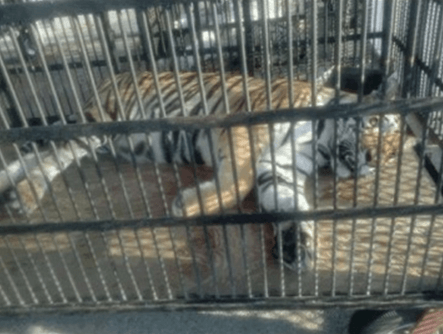 During UniverSoul Circus’ 2012 tour, two employees had parts of their fingers bitten off by tigers, illustrating a disregard for employee safety and animal welfare.

PETA has filed two urgent complaints: One with OSHA in behalf of UniverSoul’s employees, who have been placed in life-threatening situations, and another with the USDA urging it to investigate the whistleblower’s testimony of animal abuse and endangerment. The whistleblower’s testimony is consistent with other evidence that PETA has recently obtained of animal abuse and neglect, especially with regard to the treatment of the big cats used for UniverSoul.

Don’t buy tickets to circuses that include animals in their shows—and be sure to tell friends and family why.