In 2013 alone, Air France shipped at least 5,500 monkeys to U.S. laboratories to be experimented on, tormented, and likely killed. Because Air France is the only major airline in the world that is still willing to accept blood money for shipping primates to labs, it’s also the only major airline that PETA presented with a gift this holiday season. Thanks to a generous PETA donor, during one of the busiest travel times of the year, we unveiled this 16-foot-long ad near the baggage claim area in the international terminal at Chicago’s O’Hare International Airport, through which Air France transports primates to the U.S.: 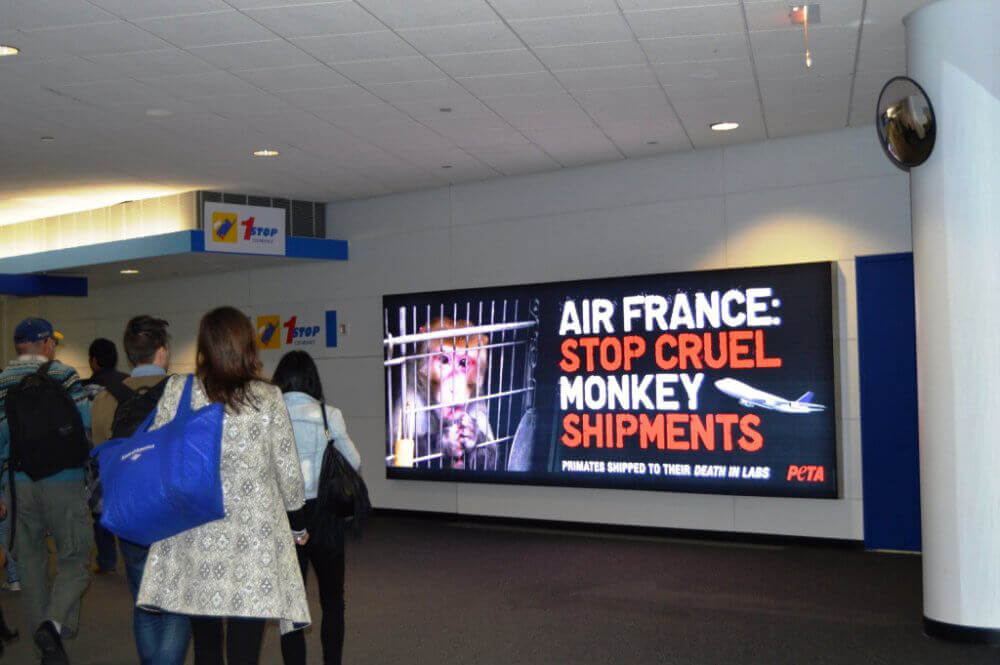 Our “monkey” and some friends greeted travelers on Wednesday to let them know that if they fly Air France, they could be sharing a flight with some unwilling passengers: terrified monkeys who are headed to laboratories and have been crammed into shipping crates in the cargo hold just inches below passengers’ feet. 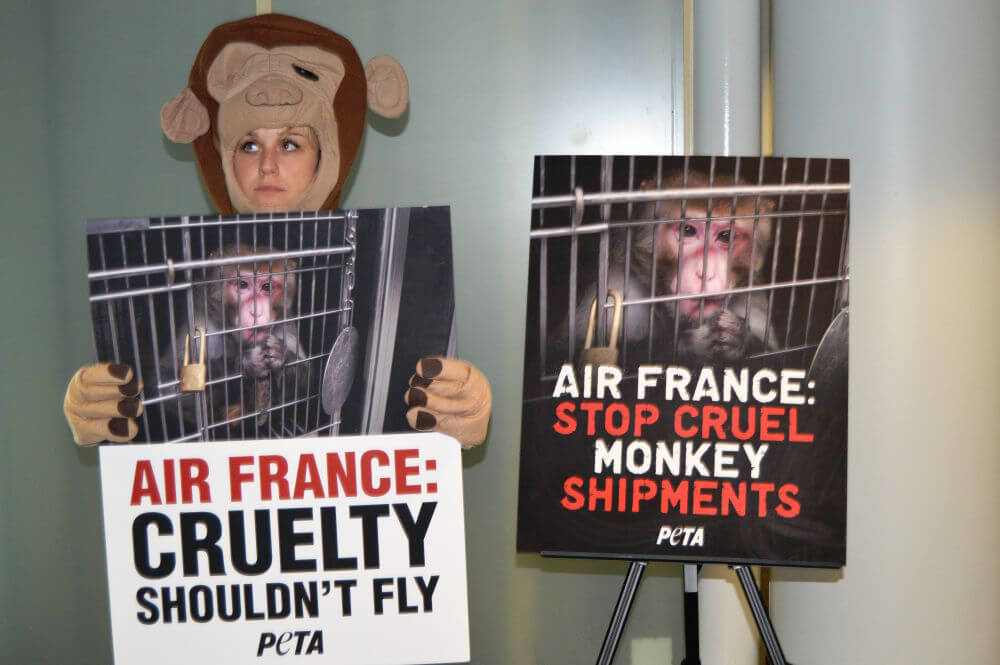 James Cromwell, Dr. Jane Goodall, Peter Gabriel, Justin Bieber, and animal advocates around the world have all joined PETA in speaking out against Air France’s cruelty to monkeys. Please add your voice to the global outcry by e-mailing Air France and asking the company to give primates a lifesaving gift this holiday season.