PETA’s new bus stop Thanksgiving ads raised eyebrows and parental ire after people realized that through lenticular technology, adults saw one image, while kids saw quite another. Viewers who were taller than 4 feet 3 inches saw this image: 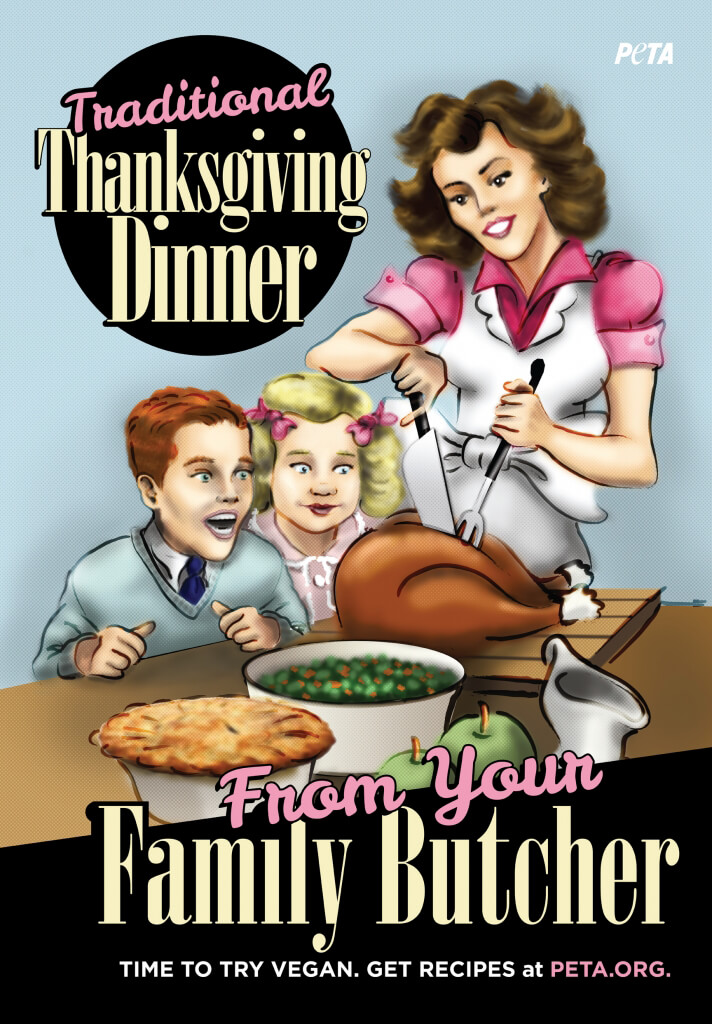 While shorter viewers saw this: 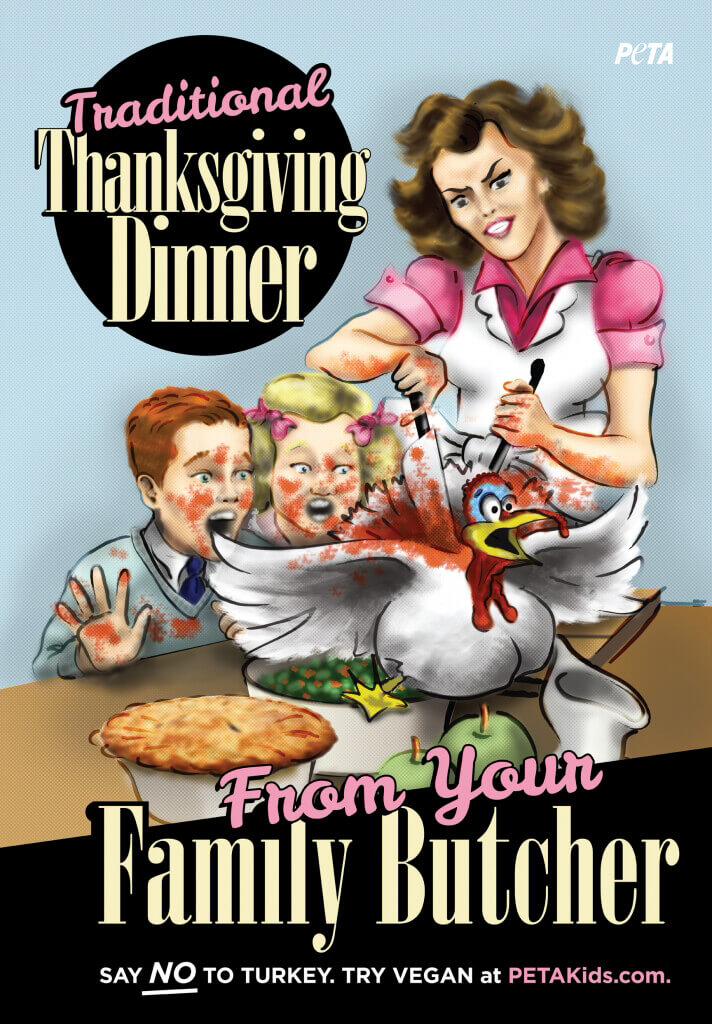 The widely reported stunt was far from the first time that PETA has stuck our necks out to save turkeys’ necks. Who can forget the “Thanksgiving Grace” ad, in which an honest little girl tells it like it really is?

Each year, our sexy “pilgrims” hit the streets and hand out free Tofurky roasts, the Thanksgiving dinner that truly was made to be cooked and eaten. 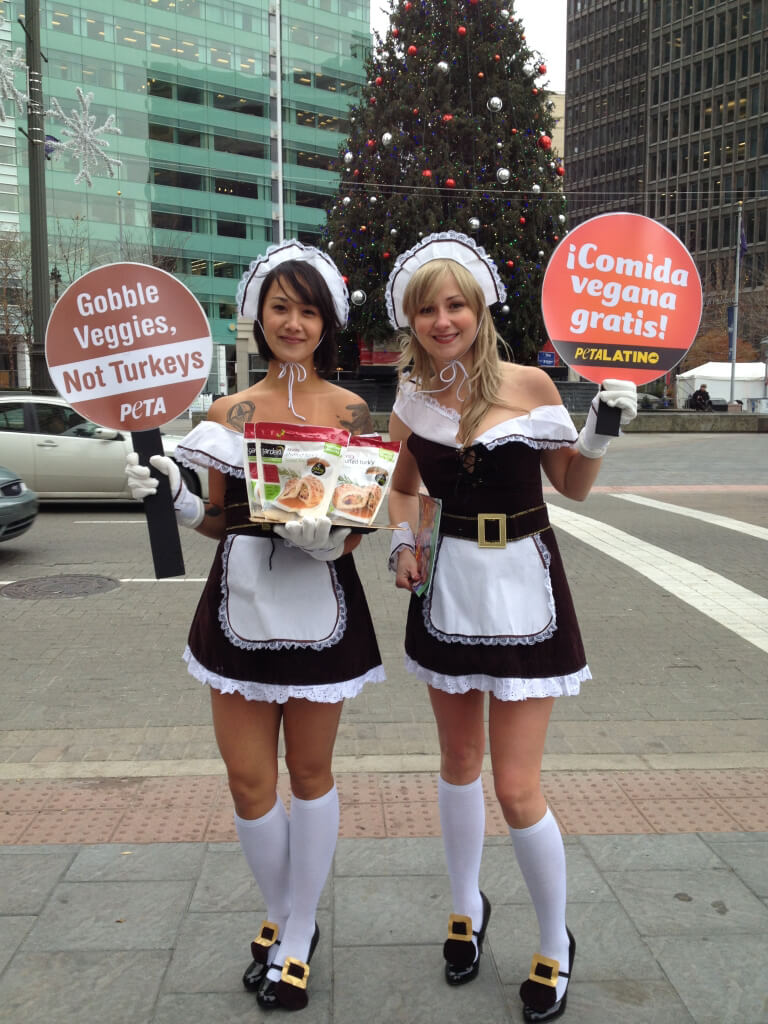 And this year, PETA released a graphic new animated video, “Thanks!” in which an intrepid turkey saves a young boy from the slaughterhouse.

Give a turkey a reason to say, “Thanks!” Make a delicious Tofurky your Thanksgiving centerpiece and let birds be free.