Tarzan the chimpanzee has a new “jungle”—the Save the Chimps sanctuary in Florida.

Like most chimpanzees in the United States who spent their baby years being exploited as “pets” and “actors,” Tarzan was bounced around from home to home as a youngster and was eventually sold to a trainer who forced chimpanzees to perform on TV shows and in circuses. He finally landed at Indiana’s Black Pine Animal Sanctuary in 1996. Black Pine consulted with chimpanzee experts and provided Tarzan with a spacious enclosure and an excellent enrichment program.

After Tarzan’s only chimpanzee companion, Coby, passed away, Black Pine made the compassionate decision to transfer him to the Save the Chimps sanctuary, where he could live in a tropical climate and enjoy the company of other chimpanzees once again. PETA worked behind the scenes to facilitate his transfer—we covered all the expenses, and a generous PETA patron made a contribution toward his lifetime care at Save the Chimps. 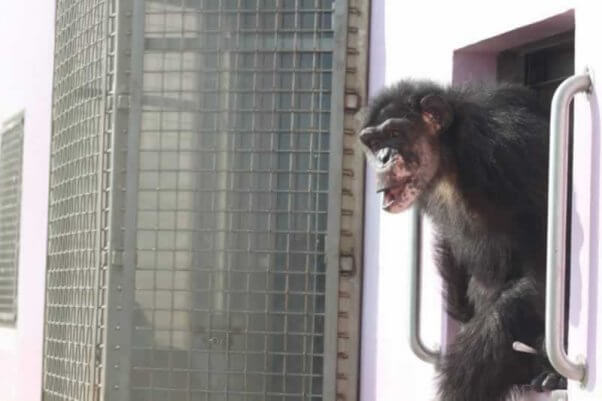 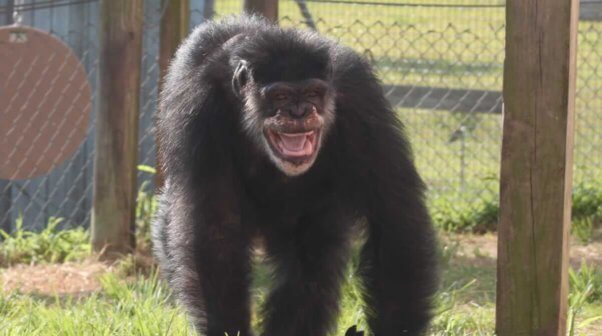 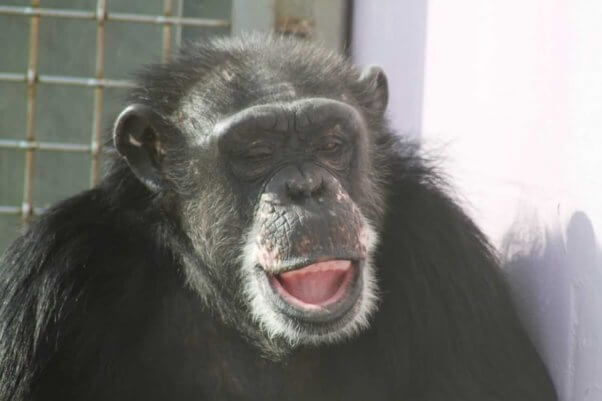 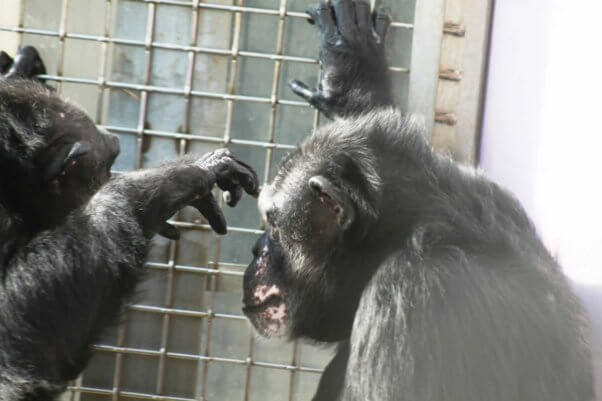 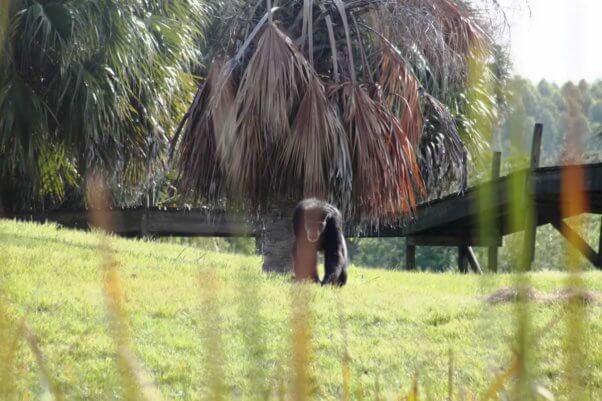 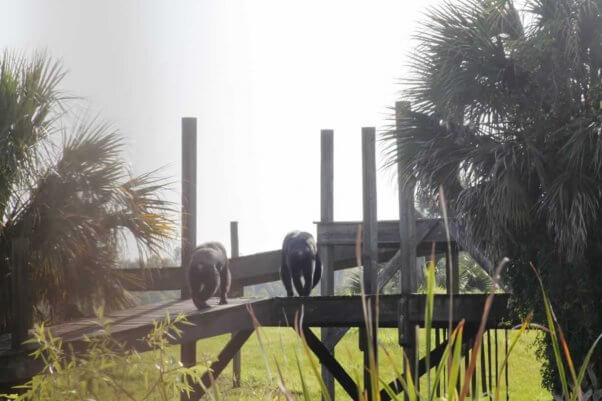 Tarzan’s history is difficult to trace. We know that he was born in the jungle in Sierra Leone, likely in the 1970s. His mother was probably shot and killed, since chimpanzee mothers will not give up their babies willingly. He was shipped to the U.S. as an infant and lived with a Hollywood animal trainer in his early years. All of Tarzan’s teeth were pulled in an effort to make him less dangerous to humans.

The trainer eventually unloaded Tarzan to Frank and Janet Berger, who forced chimpanzees to perform in circus acts. Despite having no teeth, Tarzan attacked Frank and tore off one of his fingers and one of his toes.

Fast forward to this year: Tarzan was one cool chimp when he arrived in Florida. Wasting no time, he quickly went outside and soon befriended his ape neighbor, Garrey. They even took a nap next to each other in their outdoor play yards.

Tarzan loves the Florida weather—he often sleeps outdoors rather than coming inside, as most of the other chimpanzees at the sanctuary do. He really loves spoons and frequently roams around carrying one, often using it as a mirror to admire his handsome self.

Tarzan isn’t the first chimpanzee PETA has helped place at Save the Chimps: Joe, Iris, and Lisa Marie are also thriving there.

Other chimpanzees need help. Please help lonely Louie, who is languishing at a roadside zoo, and the chimpanzees suffering in small, filthy cages at a notorious former chimpanzee-breeding facility called the Missouri Primate Foundation.