Lisa Marie was born on January 8, 2007, at a notorious chimpanzee breeding facility in Missouri. Although chimpanzees live in maternal familial groups and in nature Lisa Marie would still be with her mother, her breeders tore her away from her mom little more than a month after she was born.

The breeders shipped her off to an Elvis impersonator in Chicago who used her in his shows as well as in other traveling shows at schools, parks, and nursing homes. When she wasn’t being hauled around by a leash and forced to perform for human amusement, she was often relegated to a tiny cage in a cramped basement and made to wear a collar with a padlock on it. In 2009, Lisa Marie Presley wrote to the chimpanzee’s owners and urged them to let the suffering animal retire to a reputable sanctuary. They never responded.

But animal advocates refused to give up. And this past September, thanks to a generous PETA patron, Lisa Marie the chimpanzee was finally rescued and transferred to the lush, spacious Save the Chimps sanctuary in Fort Pierce, Florida.

She was painfully thin, pale from lack of sunlight, and weak from having had few opportunities to exercise. Yet she was brave and boisterous during the 18-hour drive. Once at the sanctuary, she swung along the side of her temporary enclosure and climbed all the way to the top of the fencing, where she gazed out over her new home. 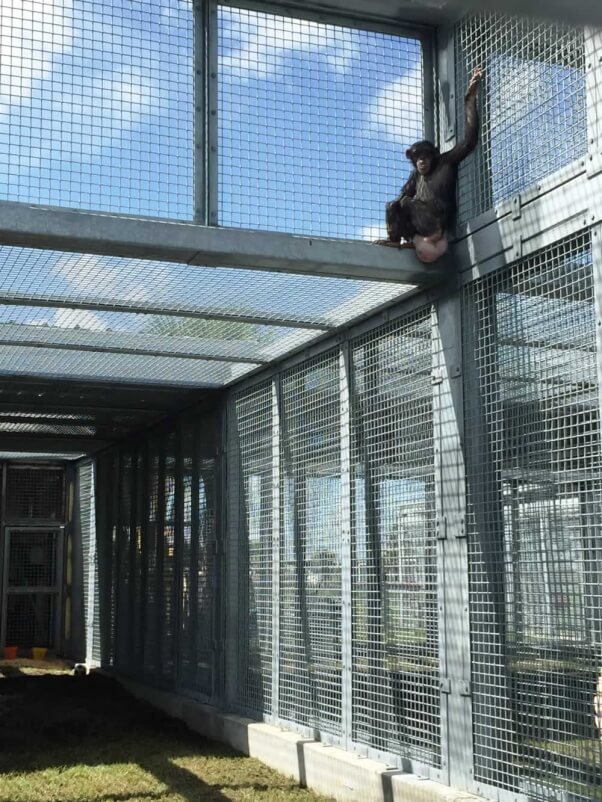 A few weeks after Lisa Marie arrived, the chimpanzee experts at the sanctuary determined that it was safe to start introducing her to other chimpanzees. So far, she has met several others and has instantly bonded with them. When Lisa Marie met Ariel, Ariel immediately embraced her and is now teaching her how to behave among other chimpanzees. 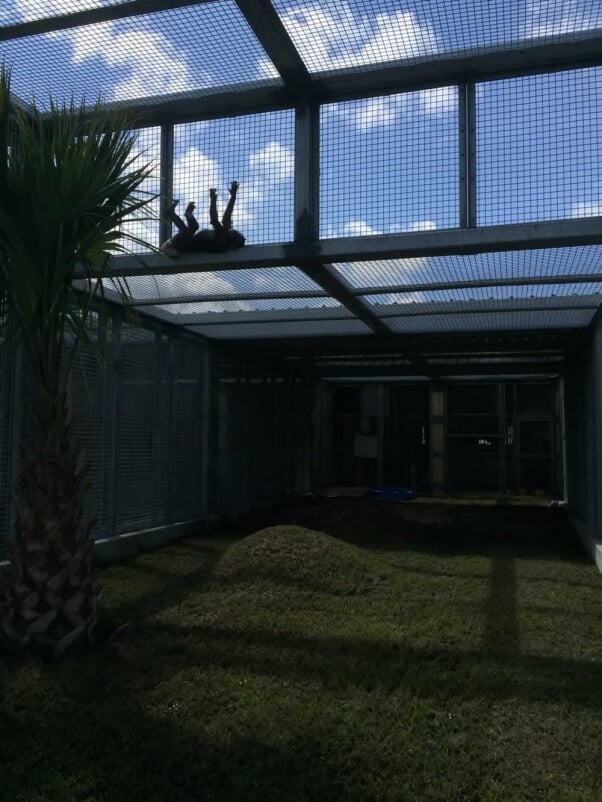 Lisa Marie has the freedom to venture onto one of Save the Chimp’s emerald islands, but she isn’t ready to explore it yet. Possibly because she spent so many years cooped up indoors, the large green space that should feel like home to her is instead intimidating. But at the sanctuary, animals do everything at their own pace, and the palm trees, tall wooden climbing structures, bridges, and more than a dozen chimpanzees will all wait patiently as Lisa Marie begins to make choices for herself for the first time in her life.

Other chimpanzees are still held in solitary confinement. Please help Louie by urging the facility confining him to relinquish him to a sanctuary immediately.