A pig died at a Texas A&M University (TAMU) laboratory after being left outside in the sweltering Texas heat with no shelter or water. According to a U.S. Department of Agriculture report, the university received a citation for a “critical” violation of the federal Animal Welfare Act—the most severe category of offense assessed by an inspector—after this animal used for experimentation died from apparent heatstroke.

TAMU has made it clear for the umpteenth time that it has no business being trusted with animals’ care.

The pig died after being left outdoors—without water or shelter—in the scorching July heat for approximately five hours.

TAMU should face legal consequences for the agonizing death of this animal.

Today, PETA contacted the Brazos County District Attorney’s Office urging District Attorney Jarvis Parsons to investigate TAMU and file, as appropriate, criminal cruelty-to-animals charges against those responsible for the pig’s death, just as we often do in cases in which a dog dies after being locked in a hot vehicle. Animals are no less deserving of protection simply because they’re given a number rather than a name and treated as though they were laboratory equipment. 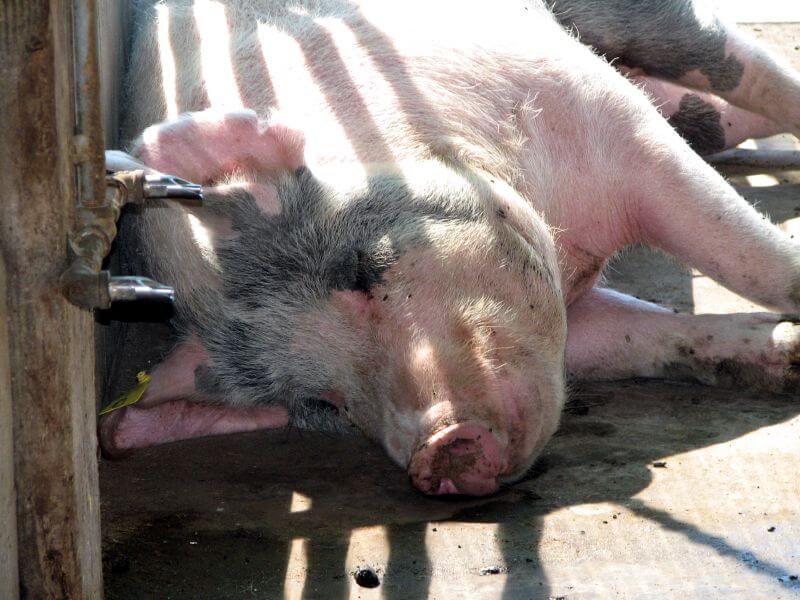 At least one person at TAMU has already been fired over this incident, but the school must go further. It should pull the plug on all animal experiments, starting with its notoriously ineffective muscular dystrophy (MD) experiments on dogs.

As with the pig it let die, TAMU shows nothing but indifference toward the dogs who suffer inside its laboratory. They’re deliberately bred to develop canine MD, a disease that ravages their bodies, causing progressive muscle wasting and weakness.

Thirty-five years of these studies haven’t led to even a single treatment to reverse disease symptoms. Millions of dollars have been wasted, and countless dogs have suffered and died.

Humane research methods are available, can be less expensive, and are actually relevant to human health. TAMU can’t bring back the pig, dogs, or other animals it has tormented and killed, but it can prevent further suffering—and you can help. Click the button below to speak up for these animals.