Bestselling author and renowned animal expert Sy Montgomery has joined PETA in calling for an end to brain-damage experiments conducted by the government. She has written to National Institutes of Health (NIH) Director Francis Collins, condemning the abuse inflicted on social, intelligent rhesus macaques and calling for an end to these cruel and useless experiments. 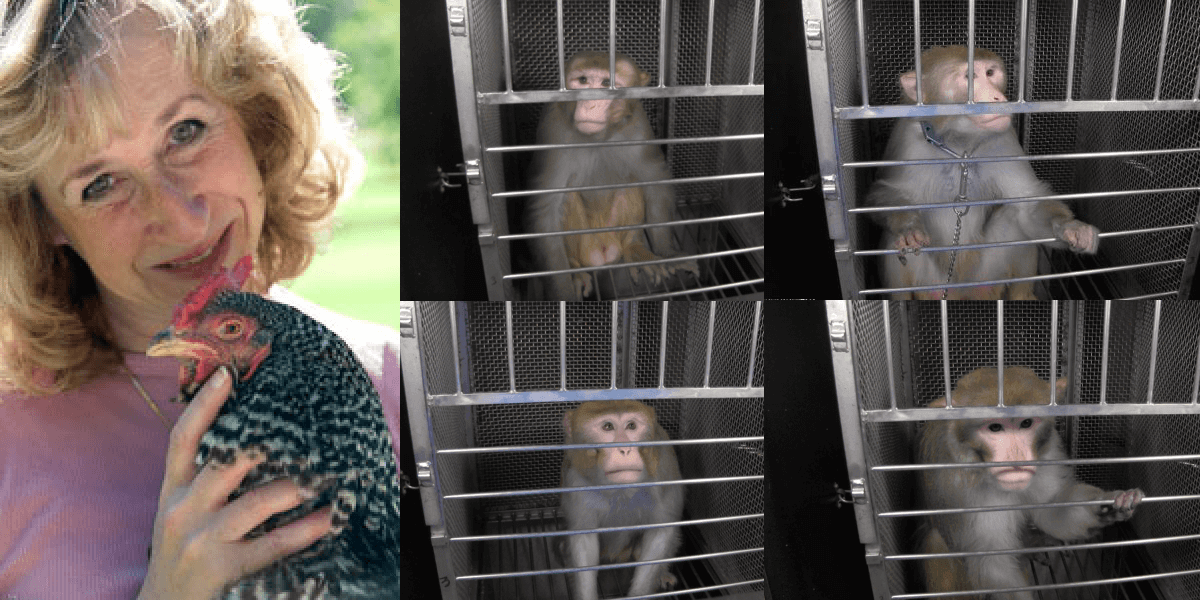 Unlike experimenters who subject monkeys to painful tests, Montgomery knows a lot about our fellow primates. She has trekked through muddy swamps in Borneo to observe orangutans in their natural habitat, studied several species of primates, and authored 28 educational books about other animals.

Much of her extensive knowledge of other animals comes from immersing herself in their world—which is why she agrees with PETA that the data collected by isolating monkeys in barren, metal cages are utterly meaningless:

Just as Goodall discovered that the key to meaningful data about the primates she studied was meeting them on their own terms, I find it difficult to believe that any significant findings—about macaques or humans—could come from housing primates in such an artificial, impoverished environment.

In their natural habitats, macaques coo at their peers, chirp when they’re excited, and smack their lips to communicate peaceful intentions. They have sophisticated social lives and live in complex family units. But in laboratories—where experimenters often conduct invasive procedures on them, deprive them of food and water to force them to participate in meaningless tests, and more—their behavior is anything but natural.

Ninety percent of primates in laboratories exhibit abnormal types of behavior, including rocking back and forth, pacing in their cages, biting their own flesh, and tearing out their own hair. Montgomery explains how this may interfere with scientific accuracy:

A monkey deprived of normal social, cognitive, and emotional stimulation, as it would seem monkeys are in this laboratory, is no more useful a model of human behavior in the “real” world than a human locked in a closet alone from birth. It’s likely that the stresses inherent in living in a laboratory environment further alter the monkeys’ responses in these experiments, confounding the results.

Elisabeth Murray’s experiments induce permanent brain damage in macaques, implant head posts directly into their skulls, keep them hungry or thirsty to force them to cooperate, restrain them for long periods of time, lock them inside cages and scare them with fake spiders and snakes, and more.

Montgomery notes that the macaques in Murray’s laboratory “have been forced to participate in [our lives], trapped in small cages where they are unable to engage in the most normal and natural of behaviors or exercise any control over their environment.”

Murray’s laboratory has received tens of millions of taxpayer dollars to conduct these deadly experiments—but not one treatment or cure has come out of it in 30 years. Of this, Montgomery stated, “I am shocked that this egregious cruelty is occurring at the nation’s premier biomedical research agency.” 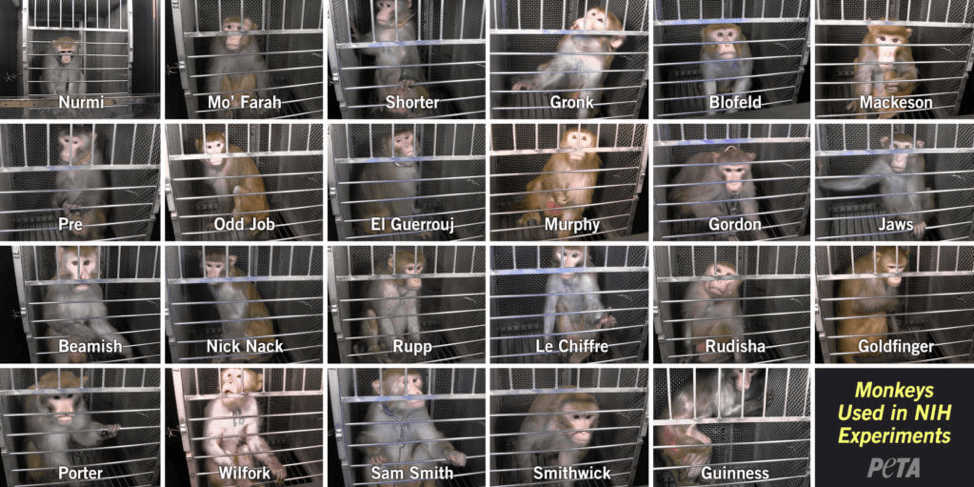 Tell NIH to Listen to the Experts

Montgomery is just one of many experts to call out NIH for sponsoring these cruel, futile experiments. It’s time for NIH to wake up and start funding the progressive and humane research methods outlined in PETA’s Research Modernization Deal. Join PETA and help end Murray’s archaic tests on monkeys: