Elisabeth Murray has been tormenting and killing monkeys since the ’80s. Experimenters in her laboratory at the National Institute of Mental Health (NIMH) in Maryland have carved out sections of monkeys’ skulls, permanently damaged their brains, and subjected them to a variety of torments. Murray’s trainees scare caged animals with fake snakes and spiders, blow puffs of air directly into their eyes, and restrain them so that they can’t move for hours on end.

Why have these pointless experiments continued for decades? How do young, new scientists become so indifferent to the pain and suffering of animals? The answer is speciesism, a toxic, human-supremacist worldview that students learn from the people around them. In academic and government science programs, the prevailing thought is that animals are there to be exploited. If your mentor tortures animals, then you torture animals. In time, you teach your students to do the same. This creates a multigenerational “family” of people (sometimes called an “academic genealogy” or a “neurotree”) who are willing to do unspeakable things.

Mishkin has been on PETA’s radar for decades. He performed neurosurgery on Billy, one of the monkeys abused in PETA’s landmark Silver Spring monkeys case. He placed Billy’s head in an apparatus to hold it steady while he drilled through his skull. Then, using tungsten microelectrodes, he measured the activity that occurred in Billy’s brain when experimenters stroked different parts of his body with a brush or cotton swab.

Science has advanced by leaps and bounds since Murray and Mishkin first started their horrible experiments on monkeys. But rather than learning newer, more humane, and more human-relevant methods, Murray just keeps doing the same cruel and archaic experiments over and over again. These monstrosities have not led to a single treatment or cure for humans. 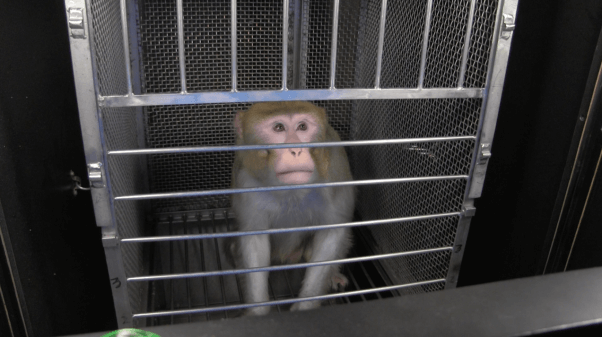 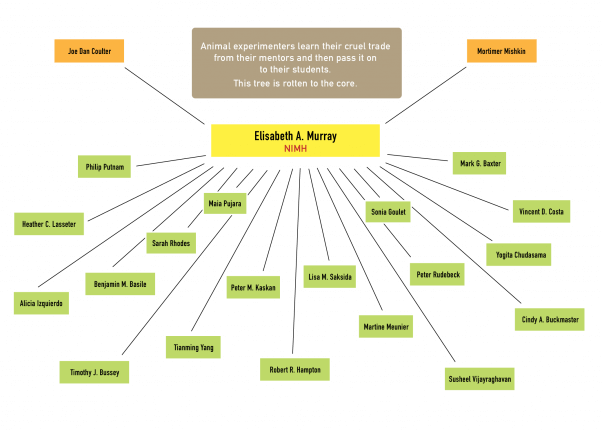 ‘Children’: The Poisoned Apple Doesn’t Fall Far From the Tree

Elisabeth Murray has taught her bloody craft to at least 21 new people, ensuring that the animal torment continues:

Help End This Cycle: No More Experiments on Animals!

Take action below to end Murray’s experiments now, and then urge NIH to adopt PETA’s Research Modernization Deal, a comprehensive roadmap for replacing the use of animals in experiments with human-relevant methods.