International model Austin Armacost is used to mouths dropping open when he passes by, but we doubt anyone will be able to pick their jaws up off the floor after they’ve seen the ad Austin shot last week for PETA’s naked anti-fur campaign. The star of The A-List: New York walked a runway completely nude to show that it’s much more comfortable to be in your own skin than someone else’s. Here’s a sneak peek behind the scenes: 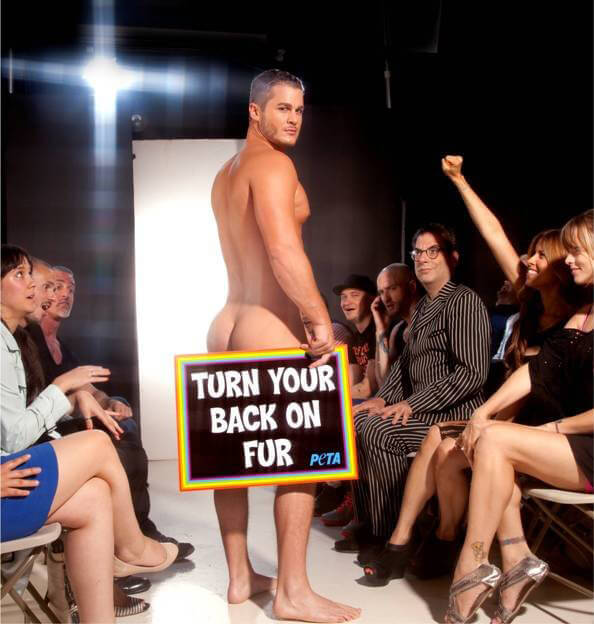 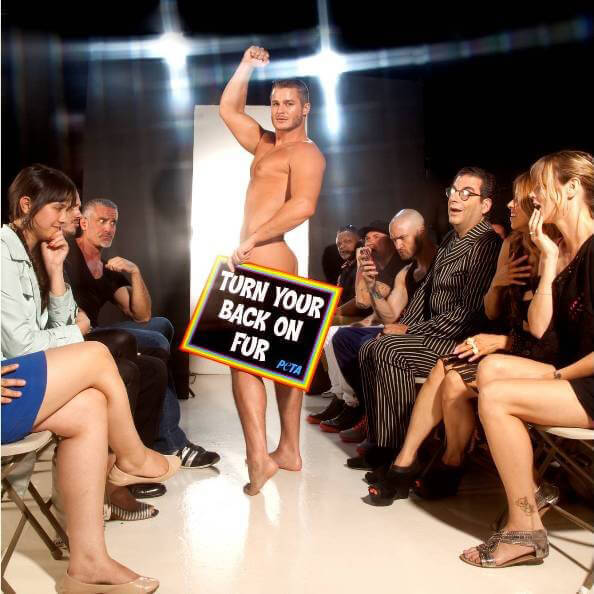 As a gay model, I have always been dismayed that some otherwise progressive people in the gay fashion pack have such disregard for the animals who are skinned alive for coats, collars, or cuffs—including my ex Marc Jacobs

Austin hopes that by, ahem, exposing his views, he can appeal to designers and stylists and persuade them to join Calvin Klein and the many other fashion icons who now avoid fur like a Westboro Baptist Church picnic.

The ad will launch just in time for New York Fashion Week and feature a strategically placed QR code that will take smartphone users to the fur industry exposé that Tim Gunn narrated for PETA.