It might have looked to passersby like we were having a sleepover at the Bob Barker Building, PETA’s Los Angeles office. Throngs of teens and kids came in toting blankets as well as bags full of leashes, collars, toys, and towels to donate to homeless animals at shelters run by L.A. Animal Services. But this wasn’t your average blanket drive.

Some of the most compassionate young stars in Hollywood came out to support peta2 (PETA’s youth division) and PETA Kids, the joint hosts of the event. Renee Olstead, Christian Serratos, Fivel Stewart, Haley Pullos, Pia Toscano, Miranda Mayo, Bret Lockett of the New York Jets, and Randall of “Honey Badger Don’t Care” fame collected donations, took pictures with fans, and helped kids make buttons to take home and catnip toys for the shelters’ cats. At the end of the day, we had collected more than 19 boxes full of donations and mountains of goodwill for animals. 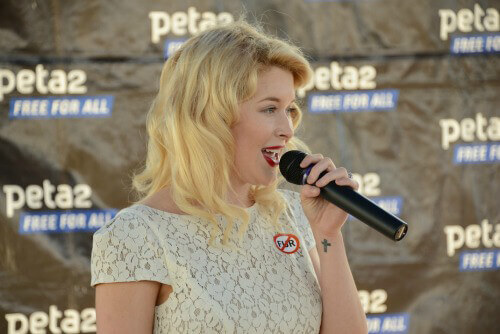 Renee Olstead, who had the initial idea for the shelter drive, serenades the crowd with “At Last” by Etta James. 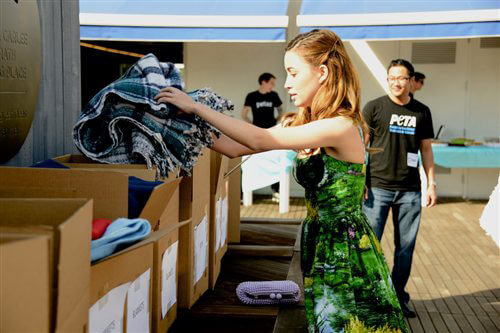 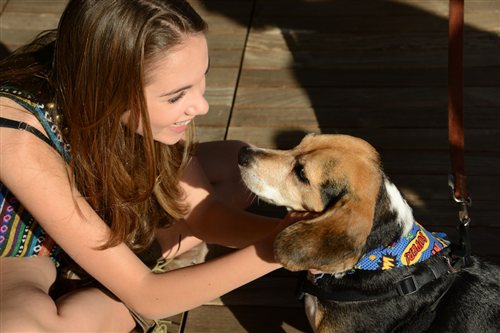 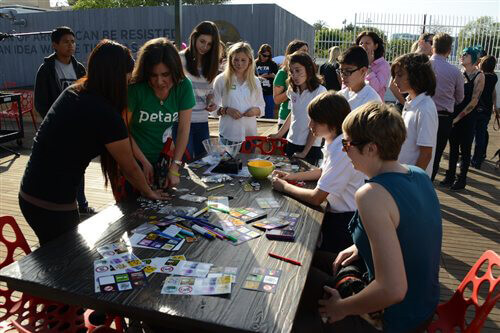 Kids make catnip toys for the cats and buttons for themselves. 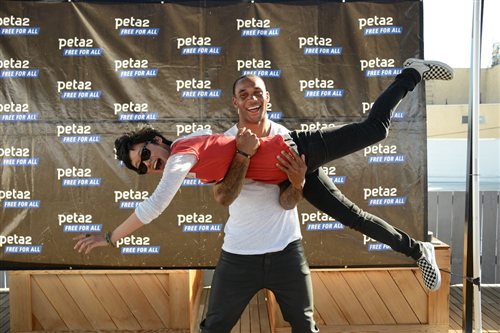 Bret Lockett tries out his Dancing With the Stars moves with PETA’s Michelle Cho. 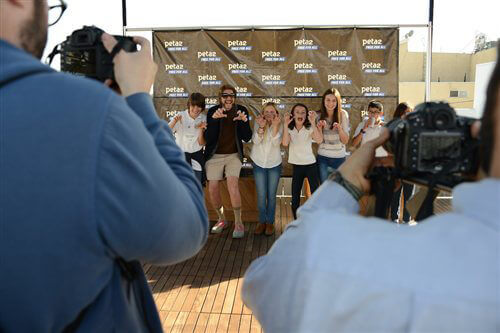 The kids had a blast with Randall. 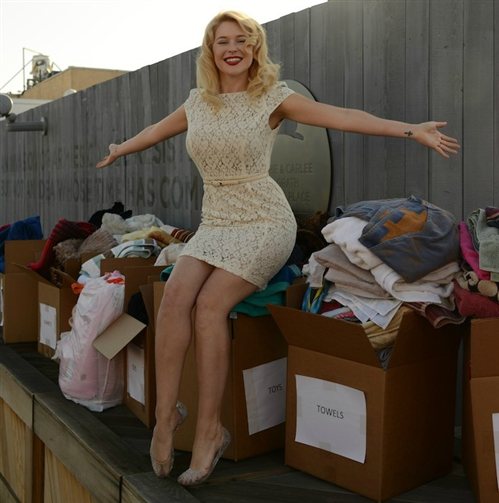