It was a grand day for celebrating in Fort Lauderdale, Florida, on Sunday. Thousands of monkeys had been saved from being tortured and killed in laboratories, and in a special reception at her gourmet vegan restaurant, Sublime, PETA’s patron Nanci Alexander honored one of the key women who made it possible, with PETA’s Nanci Alexander Activist Award. 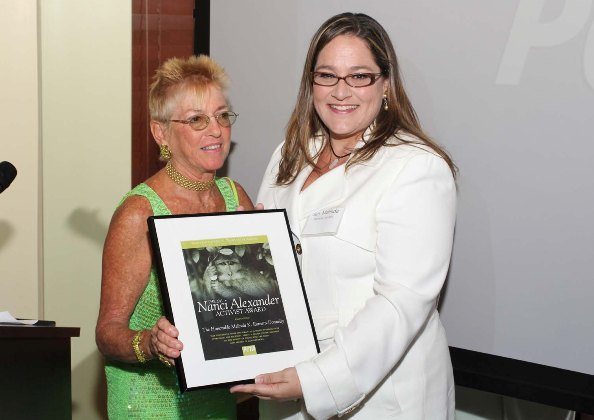 When Bioculture, Inc., planned to open a monkey-breeding facility in Guayama, Puerto Rico, where it would imprison 4,000 monkeys and sell their babies for use in torturous experiments, it didn’t count on Puerto Rico Sen. Melinda Romero-Donnelly. She worked with PETA and led a Senate investigation into Bioculture, which uncovered that the company had failed to file required reports and had built its facility on land that was not zoned for that use. PETA filed a lawsuit to halt construction of the facility and won every round. Sen. Romero-Donnelly helped get a Senate resolution passed that formally asked the U.S. Department of Agriculture and the U.S. Fish and Wildlife Service to deny Bioculture any permits to import or breed animals in Puerto Rico. 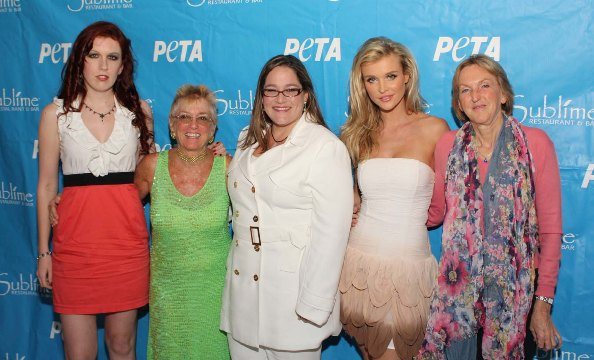 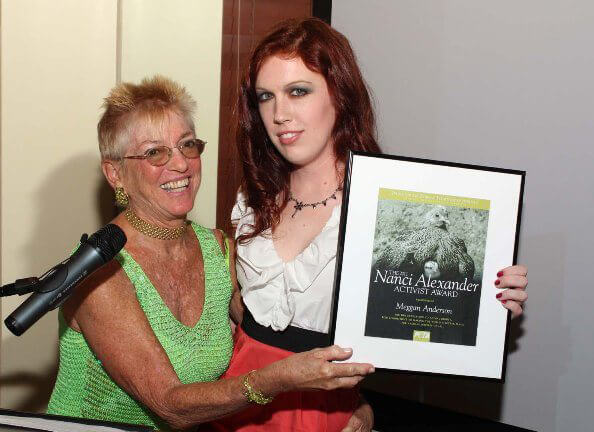 Besides the treat of world-class vegan cuisine, the crowd was treated to the unveiling of Joanna Krupa’s Angel for Animals ad and PETA campaigner Meggan Anderson’s acceptance of the Nanci Alexander Award for her tireless efforts in behalf of animals. 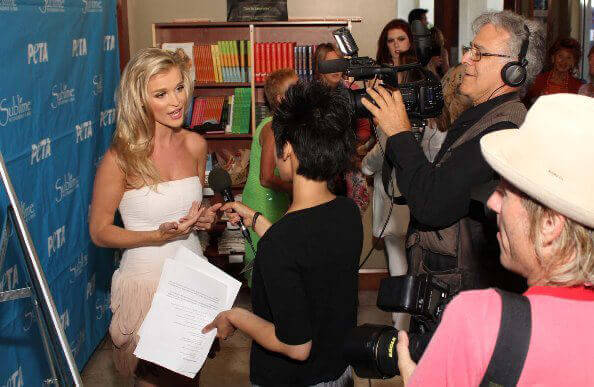 But of course, the real delight of the evening was knowing that thousands of monkeys would not be suffering in laboratories, thanks to dedicated animal advocates.