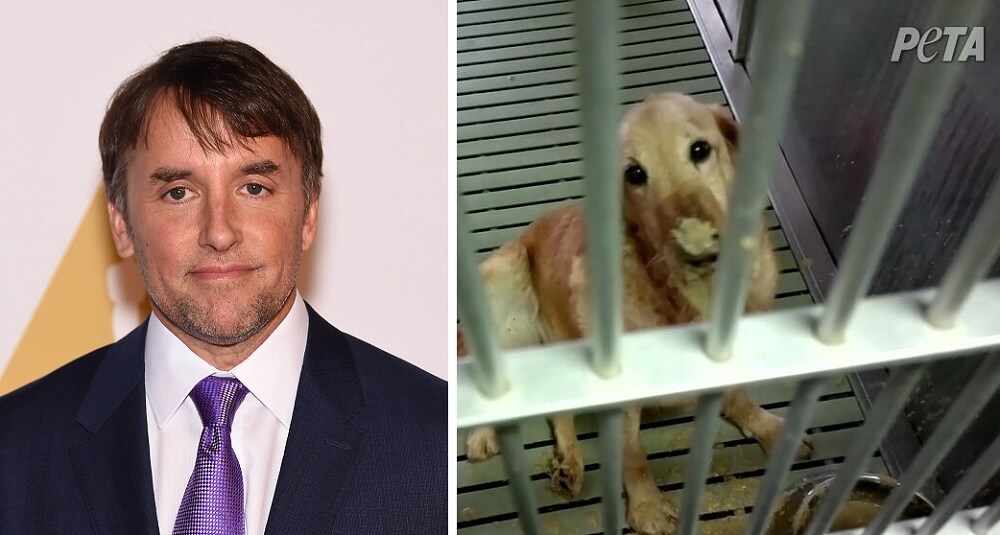 In the letter, Linklater notes that in the more than 35 years that TAMU experimenter Joe Kornegay has been subjecting dogs to this torment—for which animals are caged, often alone, in barren metal cells and their muscles are stretched and torn—he’s failed to produce a cure or even a treatment that reverses symptoms of the disease in humans. His infamous legacy is built on wasted resources and false hope for MD patients.

“There’s no doubt in my mind that a cure must be found for MD, but these experiments are purposefully bringing dogs into the world in order to subject them to a shortened life of pain, misery, and neglect,” writes the Boyhood filmmaker. “I’m urging you to end these experiments and release the dogs for adoption so that they can live out their remaining days in comfort.”

Linklater is the genius behind brilliant films such as Slacker, Dazed and Confused, School of Rock, A Scanner Darkly, The Before Trilogy, and many more.

Help Shut the Dog Lab Down

TAMU must commit to using only modern, animal-free research methods that will actually help MD patients. Please urge the university to close its dog laboratory, stop breeding MD-afflicted animals, and release all dogs for adoption into good homes.

I Want TAMU to Close Its Cruel Dog Laboratory