Scientists are calling it “a great sign” and saying that “it gives us hope.” An orca named Springer, who is the first to have been rescued as a sickly baby and then rehabilitated and released back into her pod, has now had her first calf. 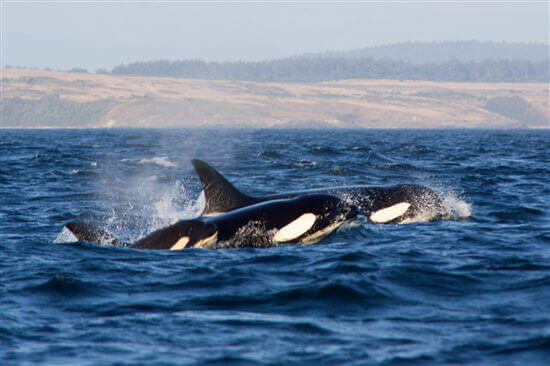 Springer became a celebrity 11 years ago when she was discovered alone and ailing in Puget Sound after her mother died. A team of U.S. and Canadian researchers rescued her and took her to an ocean pen where they provided her with veterinary care. When she recovered, the team returned her to her pod, the “A” pod of Canada’s Northern Resident orcas.

The first person to confirm the sighting of the new mother and her baby was Graeme Ellis, a research technician with Canada’s Department of Fisheries and Oceans’ Pacific Biological Station. “It was terrific,” he said. “To me, it was going to be the ultimate sign that the re-introduction was a success…that she became an active member of the population.”

Springer’s story bolsters orca advocates’ arguments that whales held captive at marine parks—including Lolita, a member of the Southern Resident orca community, who has been held captive in a tiny tank at Miami Seaquarium since her capture more than 40 years ago—can be released back into the family pods from which they were stolen and can flourish in their ocean homes.

Please help spread the word that marine-animal parks are where happiness tanks.