Forty years is a long time to be stuck in a bathtub.

But that’s reality for Lolita, an orca who has been imprisoned in the tiniest orca tank in North America—at the Miami Seaquarium—since she was captured and torn away from her family more than four decades ago. She has no other orcas for companionship.

But two of Latin America’s brightest stars have set their sights on freeing Lolita, and they won’t stop until she has been liberada.To show the Seaquarium that they mean business, actor and TV host Natalia Villaveces and her friend actor Patricia De León led a spirited bilingual protest at the Seaquarium. 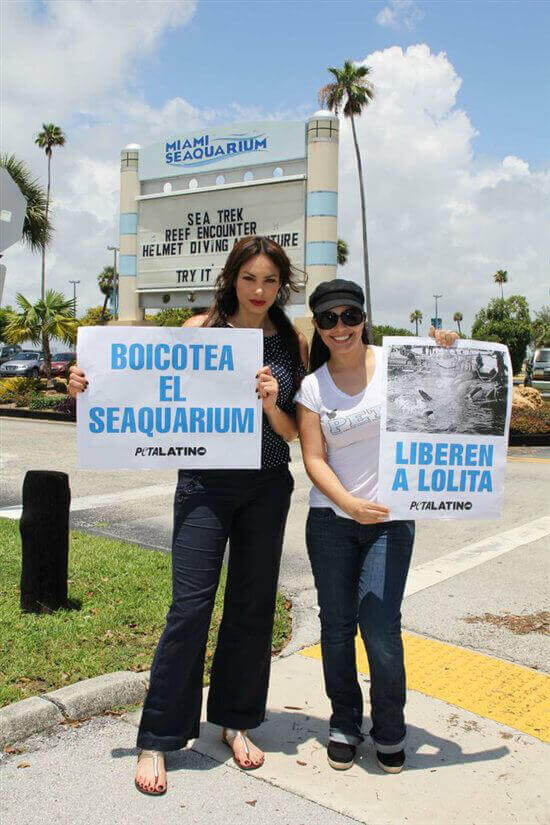 Natalia also released a new public service announcement in English and Spanish urging everyone to boycott attractions in which marine mammals are held captive. “They [are] forced to swim in circles and perform meaningless tricks for people who probably have no idea how sad and miserable they are,” she said.

Please join Natalia, Patricia, and animal advocates around the world in spreading the message that marine-mammal parks are where happiness tanks.