Update: The Israeli attorney general has decreed that the High Court must permanently halt this shipment of monkeys, citing that it is illegal to transport monkeys captured in the wild for experiments and that Israeli authorities had not approved the use of the animals for the type of experiments that Shin Nippon Biomedical Laboratories sought to perform.

Thanks to the efforts of the Israeli animal-protection organizations Behind Closed Doors and Let the Animals Live, with assistance from PETA, a shipment of 90 monkeys destined for a laboratory has been halted, at least temporarily. The monkeys were to be shipped from Mazor Farm, an infamous monkey-breeding facility in Israel, to Shin Nippon Biomedical Laboratories (SNBL), a testing laboratory and primate supplier in the United States. 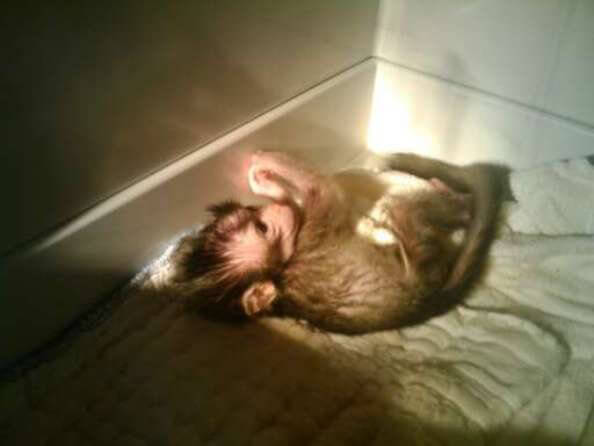 Armed with information supplied by PETA, Let the Animals Live presented evidence to the High Court of Justice in Israel demonstrating how SNBL torments animals and repeatedly violated U.S. animal welfare laws. Israeli officials also reviewed scientific data showing that primates make poor models of human disease and for predicting drug response in humans. Additionally, Israeli law does not allow the export of wild-caught monkeys, and we pointed out to Israeli authorities that 70 of these 90 monkeys were torn away from their families in the wild.

In response to these compelling arguments, the Israeli attorney general decreed that this shipment is legally problematic, and the High Court has halted the shipment, demanding that SNBL produce its own evidence showing how it plans to use the monkeys in experiments.

PETA also contacted the airline that had been prepared to accept this shipment and urged it to join the growing number of airlines that refuse to transport primates to laboratories.

Stay tuned—if the Israeli government does ultimately allow the shipment to proceed, we may ask you to contact this airline and demand that it stop delivering primates to be tortured in experiments.