Update (May 5, 2022): The heart that was stolen from a genetically modified pig and then transplanted into David Bennett Sr.—the world’s first human recipient of a pig’s heart—was infected with porcine cytomegalovirus, underscoring what PETA has been saying all along: The risk of transmitting viruses that originated in animals through xenotransplantation is real and a real killer. As the world crawls out of the COVID-19 pandemic—which has caused 1 million deaths in the U.S. alone—the public has little appetite for experimenters’ folly-prone, blind tinkering that wastes lives, time, and money, while potentially exposing the public to new viruses that mutate as they jump from species to species. Presumed consent laws and preventive health measures would save more lives than these headline-grabbing surgeries ever could. Xenotransplantation should be relegated to the garbage heap of arrogant, speciesist vanity projects that harm more than they help.

Update (March 16, 2022): David Bennett, a man whose heart was replaced with the heart of a pig two months ago, has died. The idea that this surgery was groundbreaking is hogwash. To talk about such procedures as though they were anything other than cruel—to animals and to humans waiting for organs—perpetuates the myth that xenotransplantation will someday be practical. Presumed consent laws and preventive health measures will save more lives than these headline-getting surgeries ever will.

Reports regarding the first heart and kidney transplants from genetically altered pigs into and onto humans should serve as reminders that animal-to-human transplants are unethical, dangerous, and a tremendous waste of resources that could be used to fund research that might actually help humans. The risk of transmitting unknown viruses during such procedures is real and, in the time of a pandemic, should be enough to end these studies forever. Animals aren’t toolsheds to be raided—they’re complex, intelligent individuals. Pigs, for example, communicate using specific oinks, grunts, or squeals when trying to woo a mate or express hunger—and mother pigs sing to their babies while nursing, just as many human moms do. The only right thing to do—and the healthiest option for humans—is to leave pigs and other living, feeling beings alone and seek cures using modern science.

Humans have no right to steal other sentient beings’ organs for our own benefit. Nor do we need to.

What Is Xenotransplantation? Just How Bad Is It for Humans and Other Animals?

Xenotransplantation—the Frankenscience of transplanting organs from one species to another—is nothing more than a vanity project that seeks to grab sensational headlines.

News stories about the latest pig kidney xenotransplantation stunt often leave readers in the dark about the truth behind this so-called “transplant” procedure.

Experimenters used a brain-dead patient on a ventilator, not a person with kidney disease. And the pig’s kidney was attached via blood vessels to the outside of the patient’s body, where it stayed for only 54 hours.

Pigs and other animals used for xenotransplantation are genetically engineered and subjected to a lifetime of confinement and almost unimaginably painful procedures before being killed, all without their consent.

Even before the COVID-19 pandemic, public health experts—including a Centers for Disease Control and Prevention researcher and researchers with the World Health Organization—raised concerns about the potential of xenotransplantation to spread zoonotic and other infectious pathogens. Their warning? These transplants are dangerous to humans, as pigs carry viruses and other infectious pathogens that could potentially be introduced into human populations.

In addressing the issue of too few donated organs to match human needs, some experts have also noted the high public health risks of using organs from other species compared to the zero public health risk associated with making simple policy changes aimed at increasing organ donations. 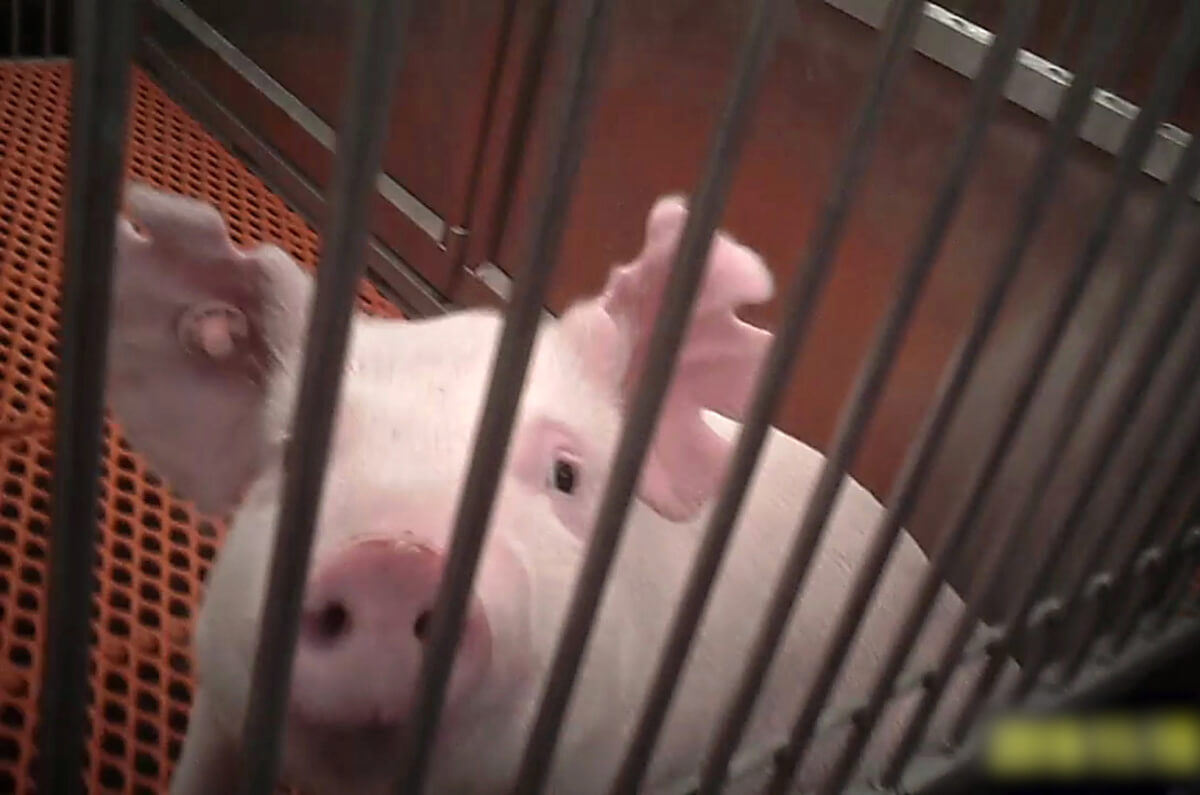 From an ethical perspective, PETA has always been opposed to the use of animals as warehouses for spare parts.

But these concerns were brought into sharp relief after a whistleblower from the University of Alabama–Birmingham shared troubling reports that baboons were subjected to agonizing kidney and heart transplants using pigs’ organs.

In another instance, experimenters allegedly conducted crude and cruel “head transplant” experiments on mice and monkeys.

Ultimately, these and all other animal-to-human organ transplants have failed.

Human organs are still the best hope, and presumed consent laws would make enough available to help people in need of a transplant.