When notorious monkey tormentor Elisabeth Murray isn’t permanently brain-damaging intelligent, sensitive monkeys in useless experiments at the National Institutes of Health (NIH), she may be lounging by the pool at her new $800,000-plus condo. 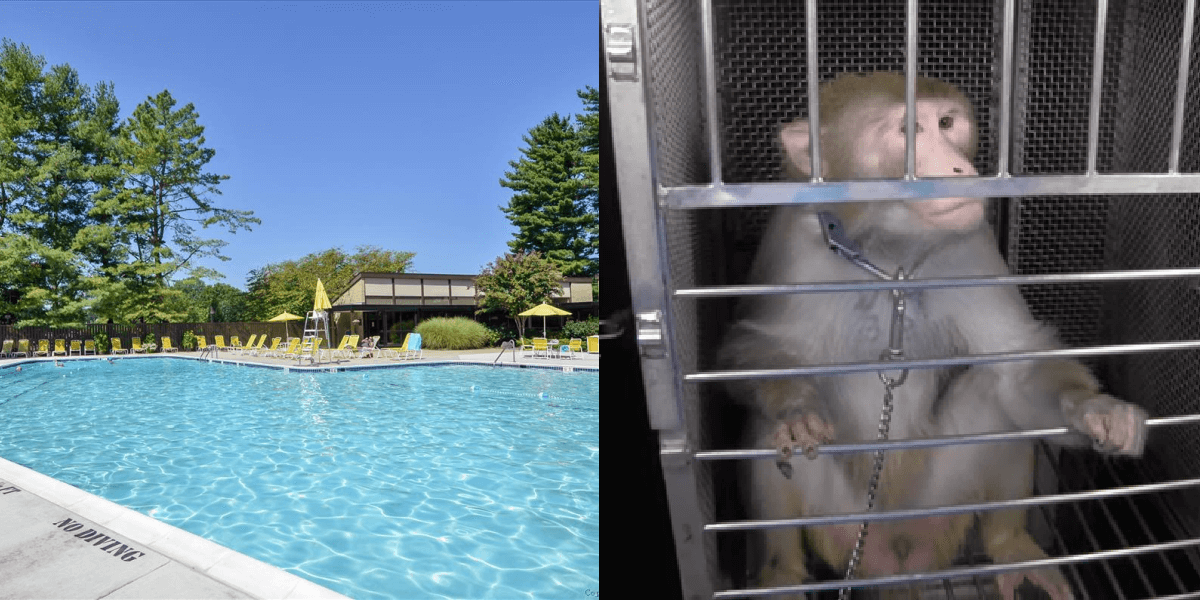 Bright MLS
The residence—a serene, wooded haven—looks a lot different from the sterile, windowless, fluorescent-lighted cinderblock rooms in her laboratory, where the monkeys she experiments on live, mostly alone, inside desolate cages.

As if the blatant hypocrisy weren’t maddening enough, get this: The salary Murray makes from her torturous experiments—$250,000 per year, according to public records—is funded using your tax dollars. 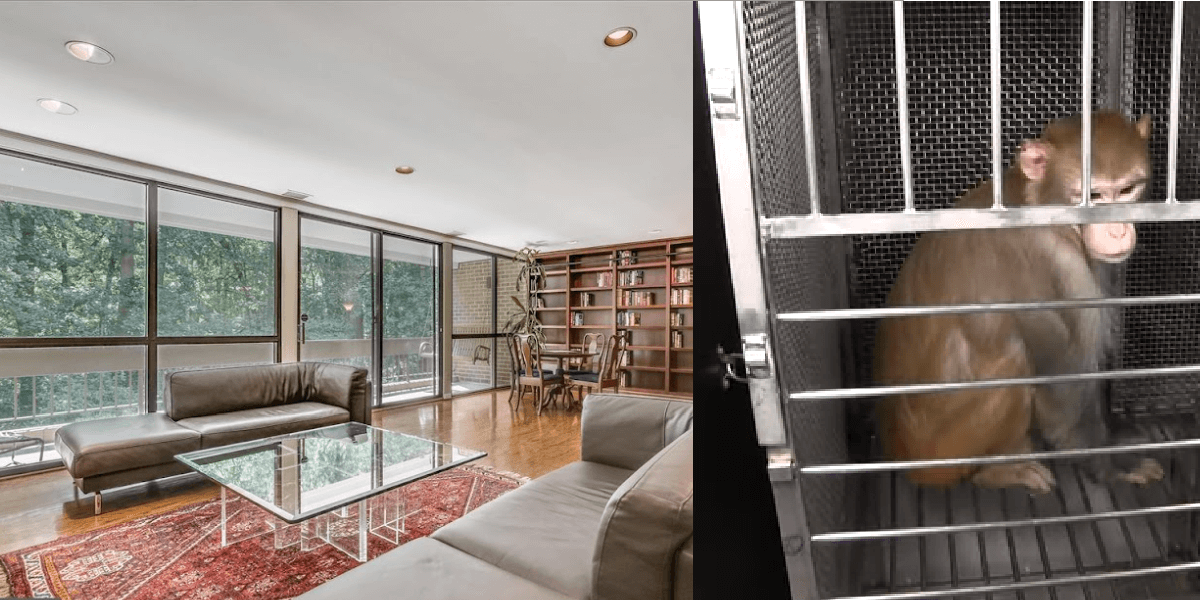 Unlike Murray, whose residence offers picturesque walkways, tennis courts, a swimming pool, and more, the monkeys she confines to her laboratory are caged alone inside barren cells for years or even decades. They are denied space in which to roam, the opportunity to socialize with others of their species, and everything else that is natural and important to them. 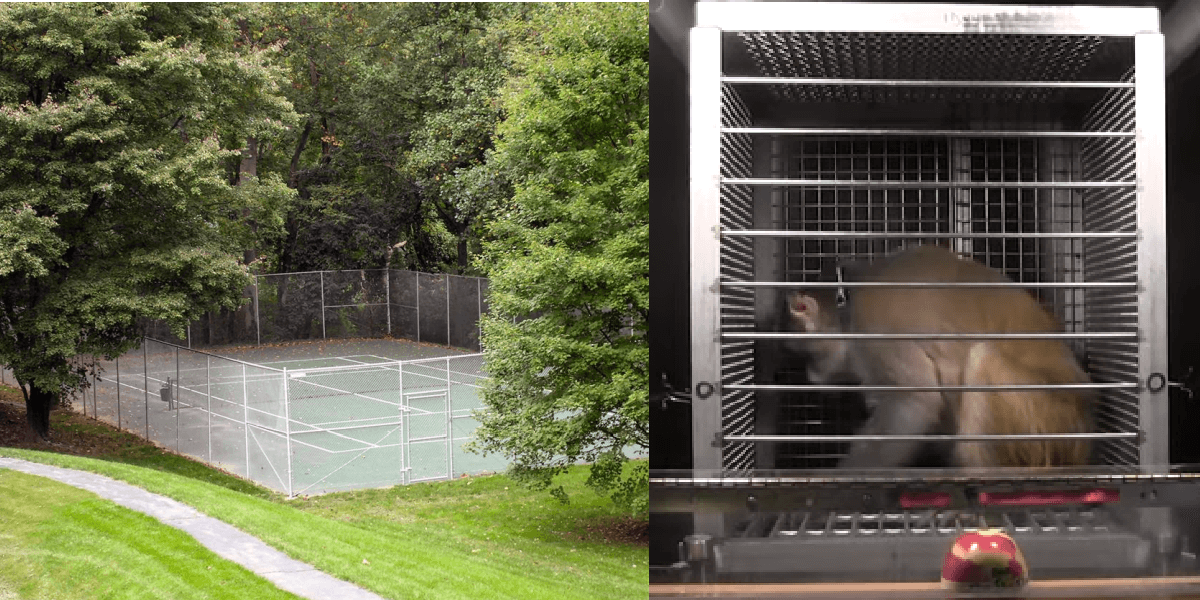 The monkeys in Murray’s laboratory don’t get to come home to a cozy, relaxing oasis—in fact, the conditions they endure are so stressful that records show they circle and pace in frustration and even pull their own hair out.

Inside her laboratory, Murray cuts into monkeys’ heads, saws off a portion of their skull, and injects toxins into their brain, all before locking them inside a small metal cage and deliberately terrifying them with fake but realistic-looking snakes and spiders. 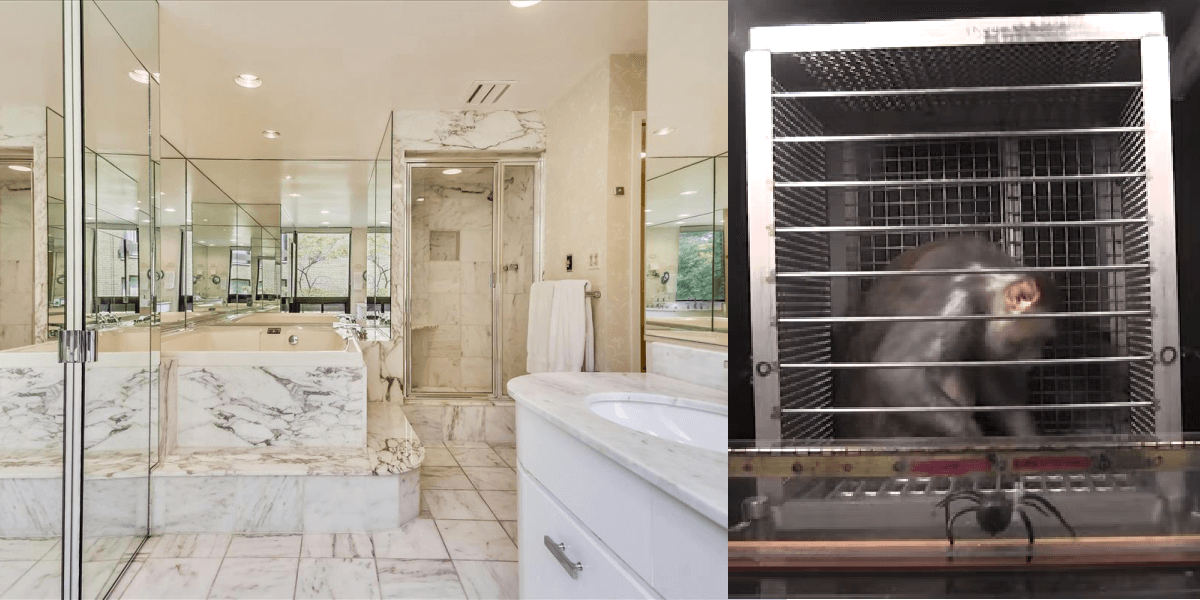 Clearly, Murray is living comfortably—but monkeys deserve to do so, too. Consider Beamish, who has been held in her laboratory for nearly 11 years—mostly in solitary confinement.

Monkeys like Beamish are highly social and foster lasting, meaningful bonds with other members of their species. Help him and other monkeys suffering in Murray’s laboratory by helping us shut it down: