To the directors of animal shelters everywhere:

This is an urgent plea for you to do the right thing for animals who depend on you. Shelters have a sacred duty to ensure the well-being and safety of the animals in their custody. But many are caving to intense pressure from a small group of people (usually with no hands-on animal shelter experience whatsoever) who demand that they move animals out the door and increase their “live release” rates at all costs.

These people are grossly misinformed and uneducated about the homeless-animal crisis. When shelters shirk their responsibilities and give in to these demands by indiscriminately handing animals over to anyone who claims to be a “rescuer,” the result is terrible suffering and prolonged, agonizing deaths for countless vulnerable beings.

We implore you: Do not prioritize appealing-looking statistics above individual animals’ well-being. Never give away vulnerable animals just to avoid euthanasia. And please, implement rigorous safeguards and screening methods to help ensure the safety of any you release to individuals or entities. Anything less is reckless and puts dogs and cats in extreme danger. 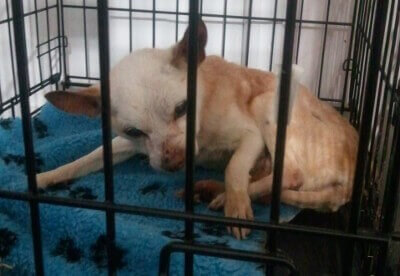 The New York Center for Animal Care and Control denied Malcolm—an ailing, elderly Chihuahua—a peaceful end to his suffering. Instead he was “live released” to Angel’s Gate, a self-professed “hospice and rehabilitation center,” where his health deteriorated day after day until he could no longer stand, walk, or eat. After suffering needlessly for about two weeks, Malcolm finally died, without any of the things that he was promised: hope, peace, love, or dignity.

Numerous disturbing news reports of animals who were abused, neglected, hoarded, and left to die of untreated illnesses and injuries at “rescues” nationwide illustrate the need for shelters to use extreme caution when releasing animals to other organizations. Last month, officials in Tennessee found nearly two dozen severely neglected dogs living in squalor and the bodies of more than 50 dead dogs inside the home of a woman who claimed to work with rescue groups. Many of the dead dogs were found inside cages, and the surviving dogs’ ears were so painfully infected that they couldn’t be touched.

In 2019, Texas authorities reportedly charged two self-professed “rescuers” with four counts each of cruelty to animals after more than 120 dogs given to them by the Atascosa County Animal Control shelter were found abandoned along a highway in three counties. At least one dog was hit by a car and killed.

A similar incident took place in North Carolina, where a “rescuer” and her partner were charged with cruelty and animal abandonment after they left 16 adopted cats on the side of the road. Fifteen of them had been given to the “rescuer” by the Cumberland County Animal Shelter. Some were reportedly declawed, missing teeth, or in need of medication. Abandoned cats were found at the doors of nearby homes, pawing desperately to get in. The shelter manager said that the facility released 79 cats to the “rescuer” in an eight-month period and that it routinely asked her to adopt cats when the shelter was full.

Fort Worth Animal Care & Control Center in Texas reportedly released more than 160 animals to a “rescue” that was linked to a cruelty case in Arkansas. Eight dogs were shot to death, and others were unaccounted for or abandoned. Some dogs were found living under the house or roaming the area. A veterinarian treating the surviving dogs said that they had medical issues, including heartworm disease, eye infections, and wounds from fighting with one another. At least one dead cat and pieces of other dead animals were strewn around the property.

These are just a few examples. Similar cases are reported almost every week, and countless others never make the news. Shelters that fail to implement vital safeguards are acting negligently and aiding and abetting hoarders and abusers. That’s why we urge you never to put blind faith in anyone who shows up at your door claiming to be a “rescuer.” 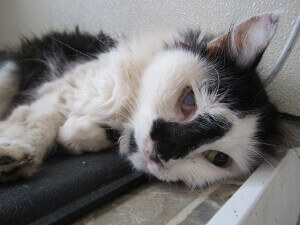 Lilly suffered terribly for months before she died in a filthy, overcrowded trailer at a self-professed “cat rescue sanctuary” doing business as Caboodle Ranch in Florida.

Achieving an appealing-looking “save rate” must not come at the expense of animals’ well-being. Dogs and cats are not numbers on a page. They depend on you to protect them, and their safety must come first. We urge you to take every precaution to ensure that more animals don’t end up in horrific situations like the ones mentioned above.

PETA stands ready to help you establish and enforce requirements to provide some assurance of safety for the animals released from your facility. These should be the basic guidelines:

These simple and basic safeguards help protect animals from immense suffering and agonizing deaths. We urge you to implement them immediately. 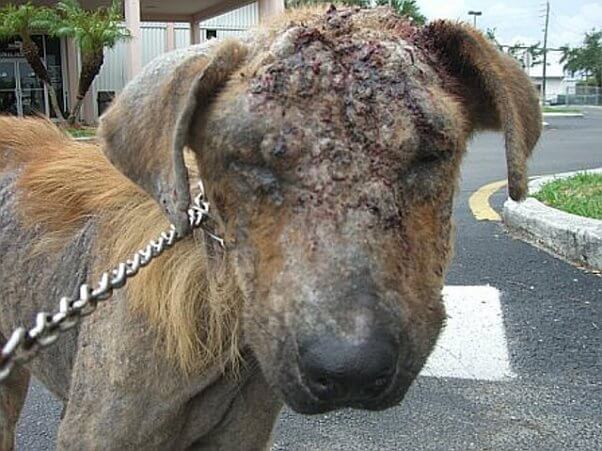 Against the staff veterinarian’s recommendation, Miami-Dade Animal Services released Spirit to a self-professed “rescue” group that did little more than move her to a small pen at another so-called “rescue” doing business as Sanctuary Animal Rescue (SAR). Spirit languished there in isolation for approximately three years before she died. SAR was later raided by authorities who called conditions at the property “one of the worst cases of animal cruelty and hoarding ever seen.”

The mission of animal sheltering is to protect animals and prevent cruelty, not move cats and dogs through a revolving door of neglect and deprivation. A shelter’s “live release” numbers are not more important than individual animals’ safety and well-being. Please remember why you got into this field and refuse to let pressure from people who haven’t walked a day in your shoes dictate what you do or push you to put animals in dangerous situations.