Just in time for the holidays, we are releasing The Secret Lives of Animals, PETA’s “children’s book for adults.” 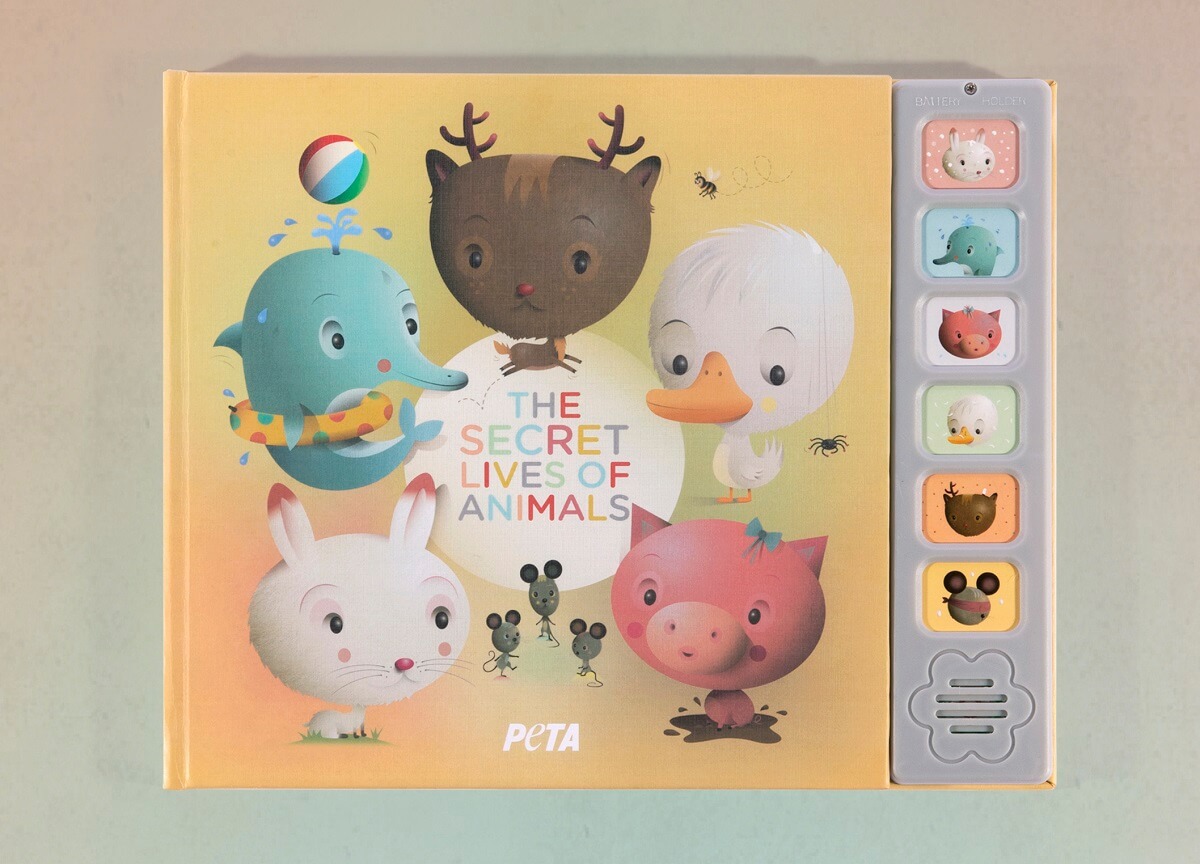 The Secret Lives of Animals, created for PETA by provocative Miami ad agency The Community, is “the first sound book that shows you how animals really sound.” And you might not like what you hear.

Next to the cute animals in pastel colors are the sound buttons, which play actual audio of real animals screaming. Words that appear at first to be singsong nursery rhymes actually tell the fate of each of our furry, feathered, and finned friends.

The beautiful white bunny is about to be strung up and skinned for someone’s fur coat. A dolphin trapped in a cramped tank can only cry out as she swims in endless circles while hauling humans by her dorsal fin. The pretty pink pig tries to avoid the slaughter line, and the fluffy goose’s feathers are about to be yanked out for a blanket. A deer romps in the forest … until a hunter comes along. And the little gray mice desperately want to find a way out of the laboratory.

It looks like a book for the child in you—the one who believed that animals lived like Disney characters. But really, it’s for your adult self, who can see the reality and do something about it. What’s the message of PETA’s children’s-book-that-isn’t? We can create the world we believed in as kids—and we have to.

The Secret Lives of Animals is available for purchase in the PETA Shop.