Animal activist Francis Métivier spent nearly a year flying drones across Canada to film how dog-sledding operators treat dogs when they don’t know they’re being watched. He found roughly 2,000 dogs tied to metal posts for most of the day—freezing, desperate for attention, and pacing so intensely that the ground under their paws was wearing away. With this gripping footage along with a thorough investigation and many expert interviews, CTV W5’s Dogs in Distress paints an accurate and heartbreaking picture of what life is like for the intelligent and loyal dogs used for sledding.

Acting on a tip that she received from a former employee, the director of the groundbreaking documentary Sled Dogs, Fern Levitt, recounts the horror of finding a homemade gas chamber reportedly used to kill dogs along with a freezer full of dead puppies so still and small that they looked as though they were sleeping. “Euthanasia” methods such as gas aren’t uncommon, and in many places, they’re legal.

The Dogs Rarely Get to Run

There’s no such thing as a “sled dog.” Dogs used for sledding are just like the ones we share our homes with: They love to run and play, enjoy attention and affection, and have physical limits to what they can endure. But they rarely get to engage in their favorite activity—running—even though they’re used for pulling sleds. The Dogs in Distress reporter spoke with Chantal Dostaler, a former dog-sled tour operator of a now-defunct kennel, who revealed that during the summer off-season, dogs were given only one hour per month off their chain. They spent every other day, all day, tethered to one spot, prevented from moving more than a few feet. Most dogs used for sledding suffer in this way—chained, depressed, and neglected for days at a time.

“[I] took the gun, took the bullets, went to the yard. I brought Hope … I walked her down to the pit. And nobody had instructed me how to euthanize a dog with a gun, so I shot her in the back of the head point-blank. It definitely broke my heart, it broke part of my spirit …. Who am I, who am I to have euthanized a dog for my employer?”

Dostaler added that to save money, she was instructed to feed the dogs as little as possible, to hide sick dogs away from public view, and that when money was too tight to hire the biannual hit person to shoot “surplus” dogs, the operators had staff kill the dogs themselves. The former employee explained that she took a dog named Hope, who had been sick for four days, outside and shot her in the back of the head point-blank. No one had told her how to euthanize a dog properly, and the killing “broke part of [her] spirit.”

How Does ‘Dogs in Distress’ Relate to Dog-Sled Racing?

As revealed by this investigative report along with the documentary Sled Dogs and PETA’s own investigation, all dog-sledding operations are cruel—whether they use dogs for tourism or racing or both. Many dogs used for tourist sled rides are also forced to participate in races like the deadly Iditarod, during which more than 150 dogs have died. This death toll doesn’t include dogs who were considered unsuitable for racing, became sick, or grew too weak to be of use to the industry and were killed—or those who died during the off-season while chained up outside, just as Dogs in Distress exposed. 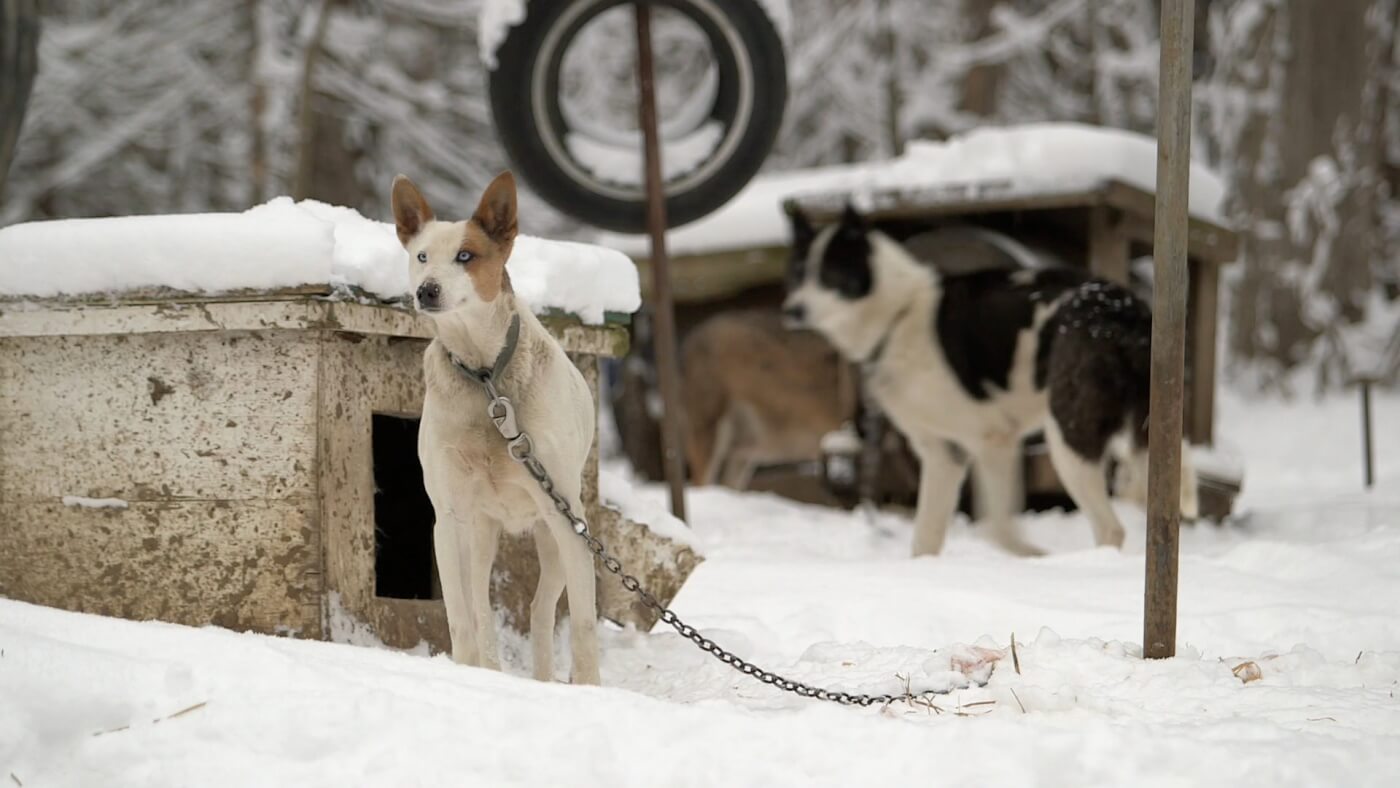 What You Can Do to Help Dogs

Events like the Iditarod and dog sledding itself exist in the modern world only because tourists participate in and support these outdated, speciesist, and cruel practices. To best help dogs used for sledding, avoid participating in dog-sled tourism events and express your concern for the animals’ welfare to the few companies left that still sponsor the Iditarod: