How do you honor a departed horror-film queen and animal advocate on the first Halloween after her passing? Resurrect her tongue-in-cheek anti-fur ad to remind people that the fur industry is more terrifying than anything Hollywood dreams up.

To honor the life and legacy of Karen Black, PETA has placed her Halloween-themed ad on top of the Bob Barker Building, our Los Angeles headquarters: 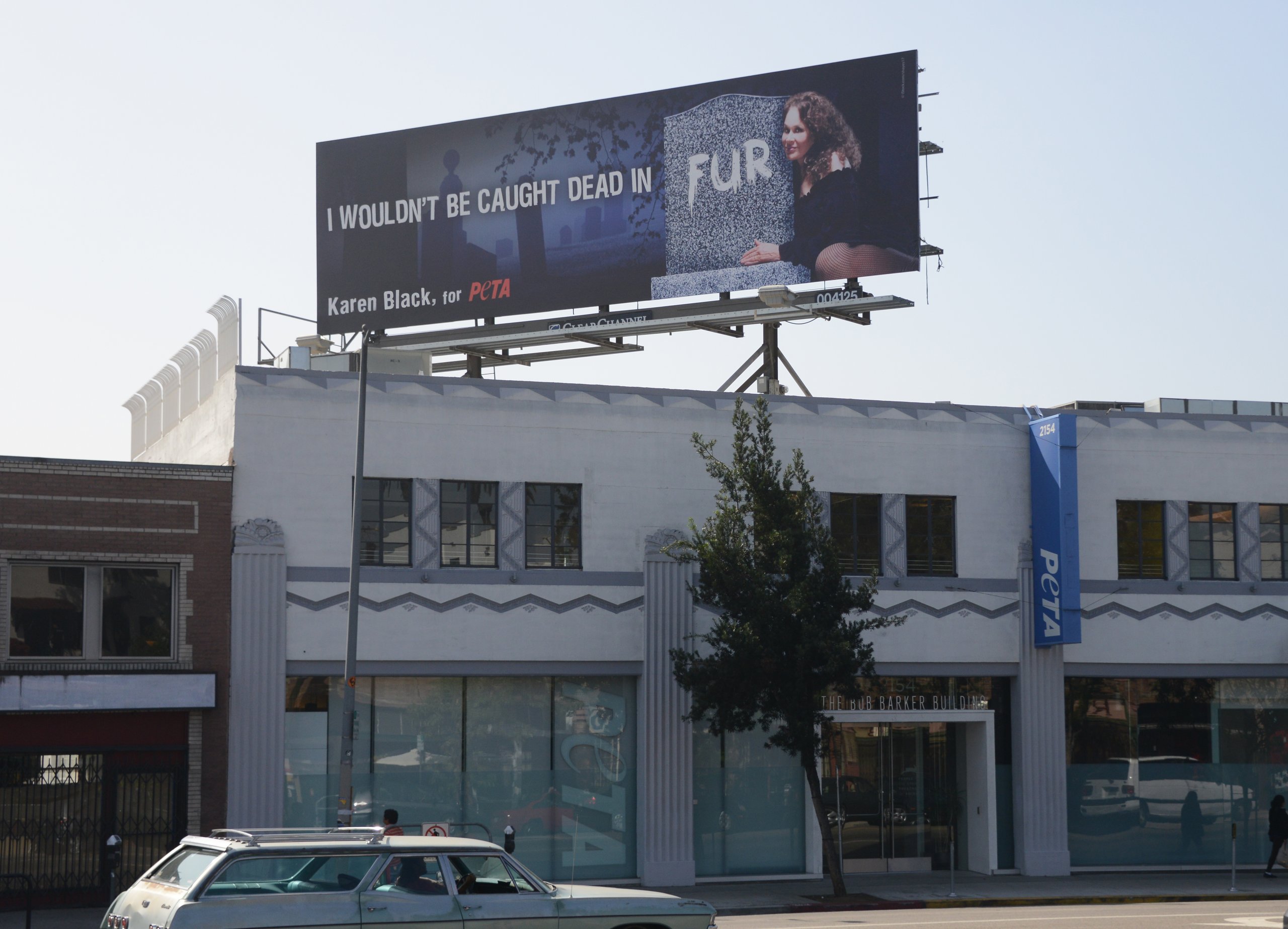 Karen’s widower gave PETA his blessing and is delighted with the tribute. Although she starred in films by Alfred Hitchcock and Rob Zombie, one of the scariest things Karen could conceive of was how animals are killed for their fur. She believed that bludgeoning, electrocuting, and being skinned alive belongs in the movies, where it’s fake and fun—not on fur farms, where animals live out a real-life horror movie every day of their lives.

In memory of Karen Black, let’s all leave the horror on the screen and the fur on animals’ backs.