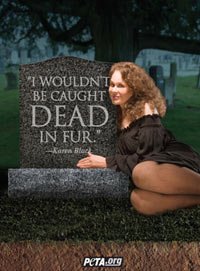 Black, a longtime animal rights supporter, has shared her house with several cats since she first moved to Hollywood to costar with Jack Nicholson in Five Easy Pieces, a role that landed her an Oscar nomination and a Golden Globe Award. She also won a Golden Globe for The Great Gatsby and earned a Grammy nomination for her songs in Robert Altman’s Nashville.