At a special public meeting in Tampa today, the Florida Fish and Wildlife Conservation Commission (FWC) will entertain public comments about the state’s elephant-ride rule—so on behalf of our more than 311,000 members and supporters in Florida, PETA sent a letter to the agency this morning calling for the rule allowing the rides to be repealed. 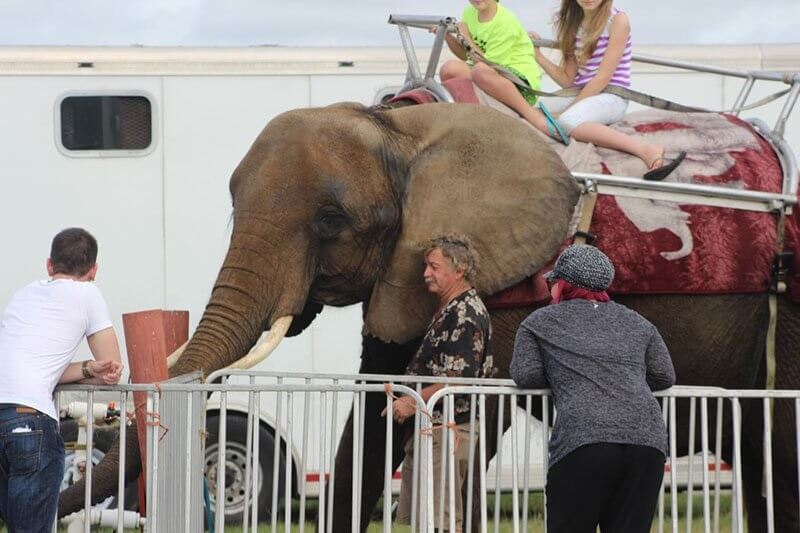 In our letter, we highlighted numerous human deaths and catastrophic injuries that have resulted from dangerous interactions with elephants. Those who are trained have their spirits broken through extreme violence, which makes them notoriously unpredictable. We also included comments from elephant training professional Les O’Brien, which you can read here.

These stories show why elephant rides are dangerous for both elephants AND humans. It's sad how many times this has happened. https://t.co/4BNwt6mnkr

PETA also pointed out that the elephant-ride rule automatically bars only the use of elephants who have caused a serious injury or death within the last five years, and it relies on the exhibitors themselves—many of whom, like Hugo Liebel, have been cited for numerous animal-welfare violations—to report dangerous incidents to state officials.

Time and again, elephants who have endured lifetimes of violence have tried to escape by running away or have lashed out. Florida officials should repeal this outdated regulation that exposes the public to direct contact with massive animals who can hurt them and perpetuates trainers’ abuse of elephants.

Animals are NOT tourist attractions. Why elephant rides are bad for humans AND elephants: https://t.co/v8fkGJthkG pic.twitter.com/5nWvcIjhTa

Numerous elephants who have escaped or harmed humans are still used for rides in Florida. This year alone, Isa and Viola were used in Garden Bros. Circus shows, despite having escaped from a circus in 2014 and running amok for nearly an hour. Nosey was used for rides—until she was seized by Alabama officials because of welfare concerns—despite having thrown a handler to the ground with her tusk in 2004.

And Two Tails Ranch gave rides on an elephant named Roxy, even though she had previously stepped on and crushed a worker’s pelvis.

Elephants used for rides are typically separated from their mothers at infancy and gouged with bullhooks (weapons that resemble fireplace pokers with a metal hook on one end): 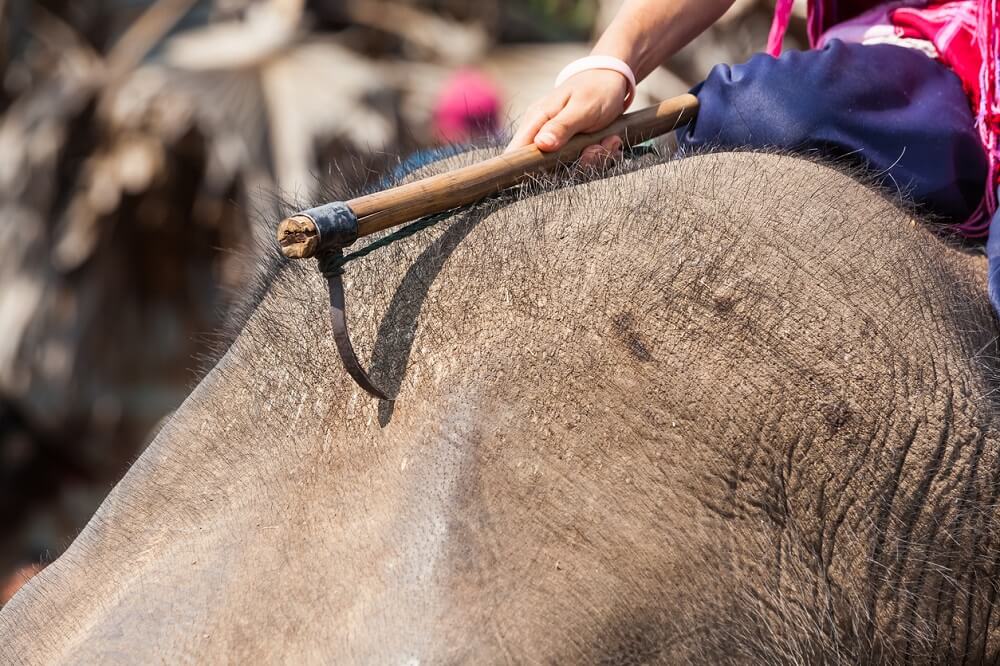 These cruel instruments are used to teach them to obey out of fear. Eyewitness video footage shows a trainer with Carson & Barnes Circus, which leases the animals to circuses that visit Florida, attacking elephants with a bullhook and an electric prod while they scream:

These animals need your help. Everyone who buys a ticket to ride an elephant or books an excursion involving captive animals is responsible for this merciless cycle of abuse. But you can make a difference. Click the button below to urge companies to end this violence:

Don’t Get Taken for a Ride