PETA has always said that compassionate people open their hearts to anyone—human or nonhuman—who is in need. When our fieldworkers are on the road delivering custom-built doghouses and straw to dogs who are forced to live outdoors, they often hand out vegan food, booklets, and other treats to children in the low-income areas that they visit. But when Sharon Scott, a City Council member in Newport News, Virginia, asked supporters of an anti-chaining ordinance not to forget about homeless people and underprivileged children—two groups of people who are dear to her—we took her words to heart and collected vegan food to help some of the city’s neediest residents. 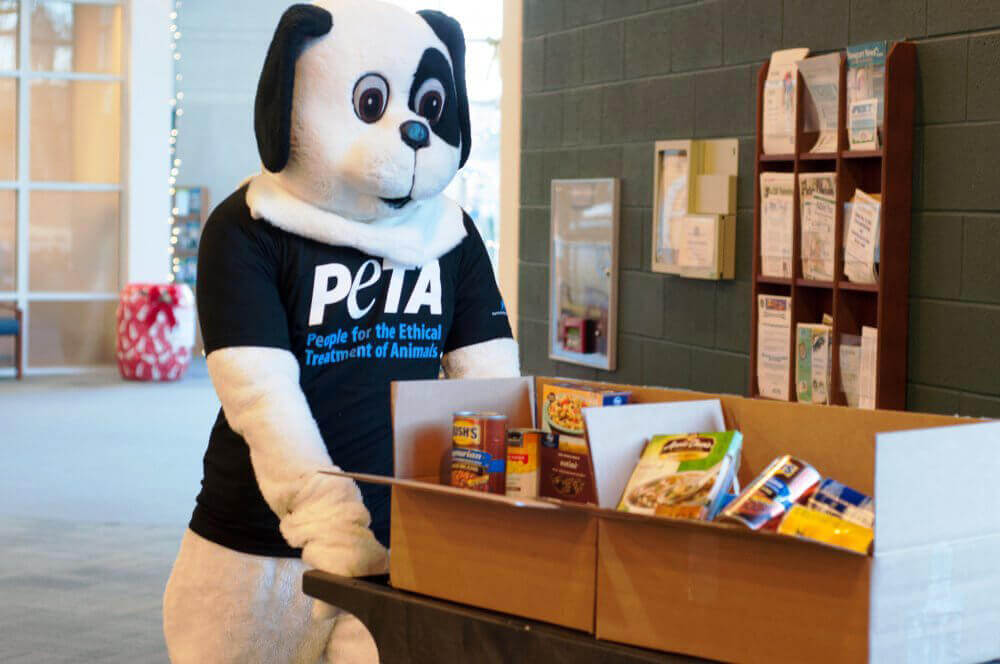 As we told you last month, after nearly 10 years of work, PETA and concerned citizens finally convinced Michael Vick’s hometown to ban the chaining of dogs outdoors unattended for more than one hour in a 24-hour period. Scott had never been in favor of the anti-chaining ordinance before, but after being compelled by a strong showing of constituents who supported the ban, she voted for it at last month’s City Council meeting—helping the new law to pass unanimously.

To thank Scott for her support, PETA staffers and volunteers filled seven boxes with healthy and humane nonperishable vegan food items, which we delivered to the city’s community center last week for its food drive. As you can see, Scott was truly appreciative of our efforts: Find out how you can help humans and animals with what you put on your plate.