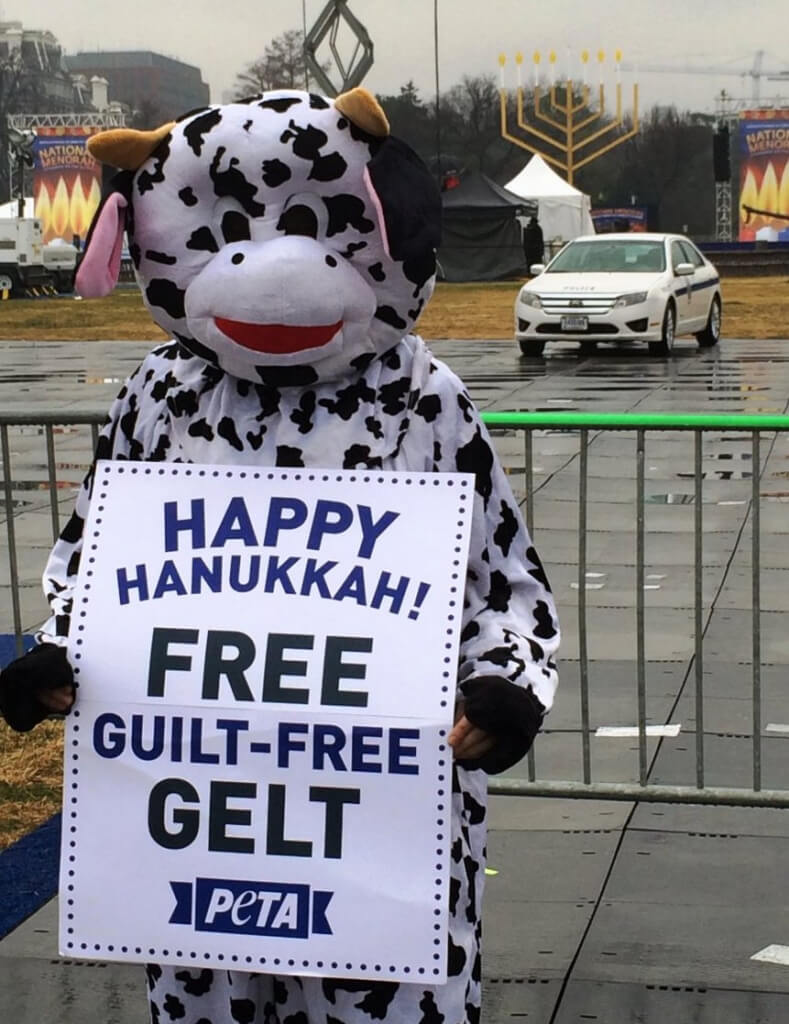 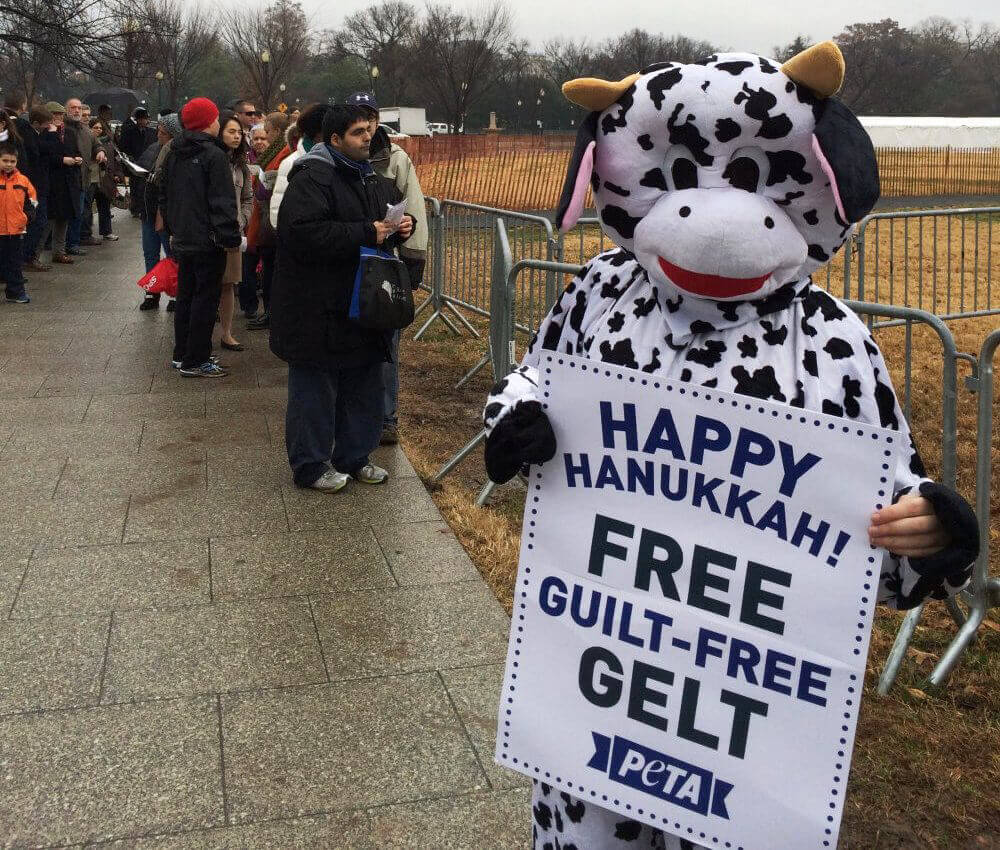 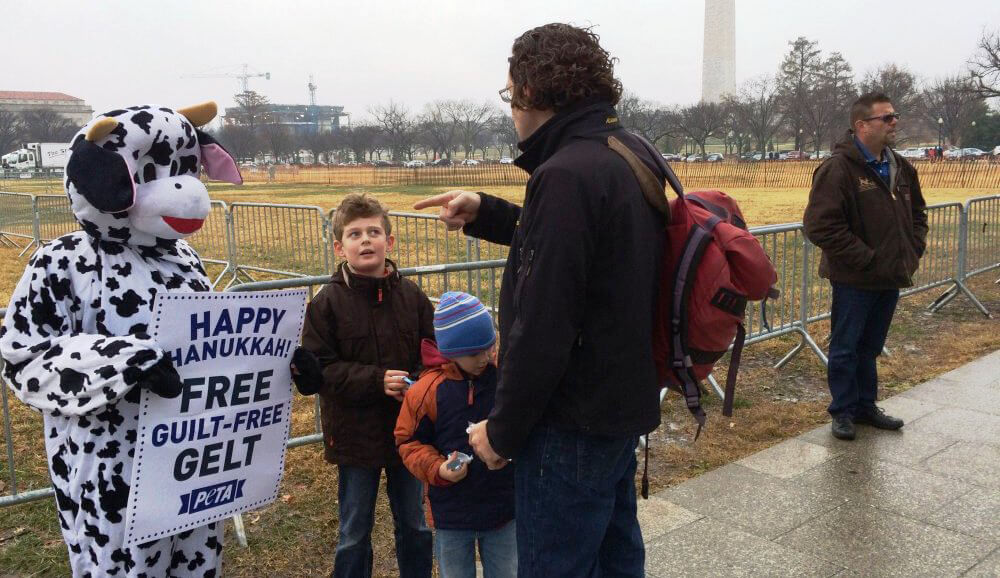 Why is vegan gelt guilt-free? It contains no milk products, which are usually obtained from cows housed by the thousands on filthy, crowded factory farms. Cows are genetically manipulated and often drugged to force them to produce up to 4.5 times the amount of milk they would naturally, which can result in painful udder infections. Many cows’ horn buds are burned or gouged out of their heads, their tails are amputated, and holes are punched through their ears—all without painkillers. Perhaps most traumatic of all, their babies are yanked away from them shortly after birth so that humans can drink the milk that nature intended for their calves. When the cows’ milk production slows down, they are sent to slaughter.

Eating vegan is as good for your soul as it is for your health, according to Mayim Bialik, the Jewish star of The Big Bang Theory. The mom of two swears that she has “never had a sinus infection or been on antibiotics since cutting out dairy.” But best of all, while she “used to feel guilty … about eating animals,” now that she has gone vegan, she says “that guilt is completely gone.”