Anchorman 2: The Legend Continues opens with a washed-up Ron Burgundy working as an announcer at SeaWorld. But PETA is letting the filmmakers know that the deprivation and abuse that marine animals suffer at SeaWorld would make for a better horror film than a comedy. We’re hopeful that the movie’s creators will take our advice and leave the SeaWorld scenes on the cutting room floor. 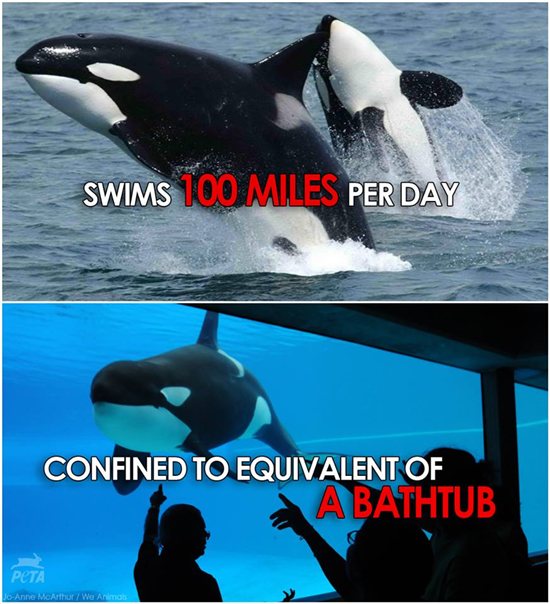 •Could Ian Somerhalder smolder any hotter? After he saved a dog from dangerous Los Angeles traffic, he couldn’t bear to part with her, so he whisked her off to his home, which he shares with his other rescued dogs and cats. In a tweet, Ian called his new dog, “so smart, so beautiful&charming-all a man could ask for in a girl ….” 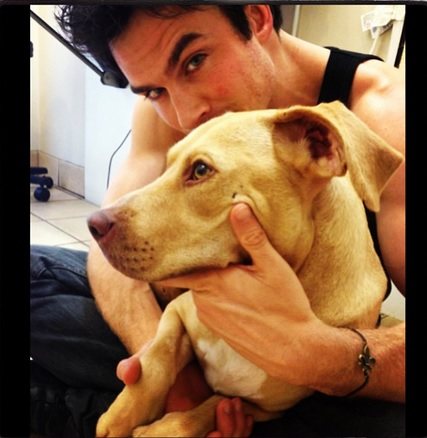 •When CNN got Bob Barker to sit down for an interview in the network’s famed “red chair,” of course, Bob used the occasion to talk up animal rights. “My wife, Dorothy Jo, brought animal rights to my attention,” he remembers. “I had never thought about the cruelty to animals in the production of fur, in factory farming. And I stopped wearing my leather jackets and I, too, became a vegetarian. I just felt compelled to try to do what I could to help them. And I’ve been doing that ever since.”

•Before Snooki was, well, Snooki, she was studying to be a vet tech because, as she put it, “I realized I loved animals more [than] people.” Her compassion will take center stage on season three of Snooki & JWOWW when the girls help out with a charity dog wash.

And dogs and veggies were all the rage on Twitter this week: