Why can’t Kim Kardashian just stick to showing skin instead of wearing it? In one of her furry ensembles, she claimed the top spot on the ultimate list of dishonor: Our buddy Perez Hilton named her “Worst Dressed.”

Ke$ha doesn’t think that any animals should die young. That’s why she’s designing her own line of faux-fur clothing and accessories.

Snooki could be Ke$ha’s best customer. The guidette was quick to tell her millions of Twitter followers—in her own hilarious way, of course—that she sports only faux fur. No wonder she’s one of the stars whose funny animal-friendly tweets always make us titter over Twitter. 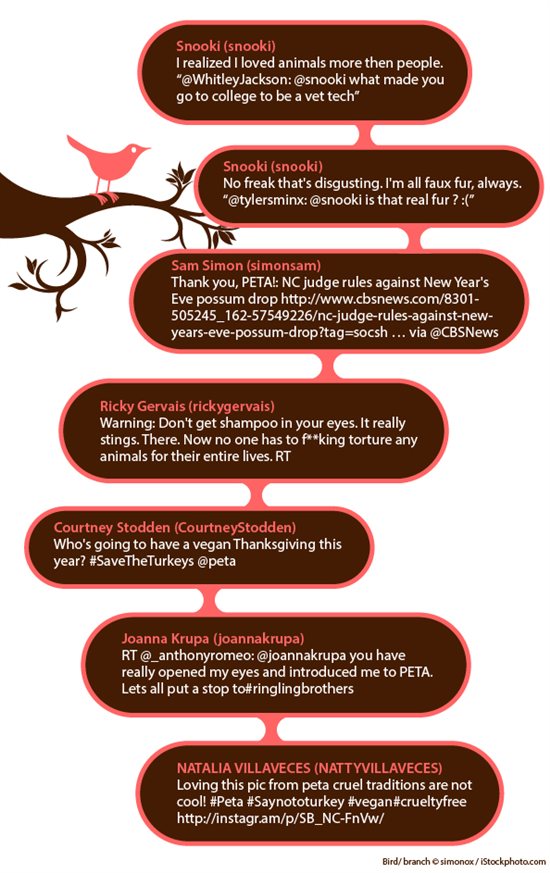 While the city of Los Angeles isn’t exactly a celebrity, it’s certainly full of them. And we’re so proud that L.A. became the first major city in the world to embrace and endorse Meatless Monday!

Lea Michele is reportedly helping her boyfriend, Cory Monteith, have Meatless Everydays. When he wanted to drop some weight, Lea helped him embrace vegan foods, and now that Cory is 20 pounds lighter, this former “meat and potatoes” guy is a “quinoa salads and veggie burgers” hunk. 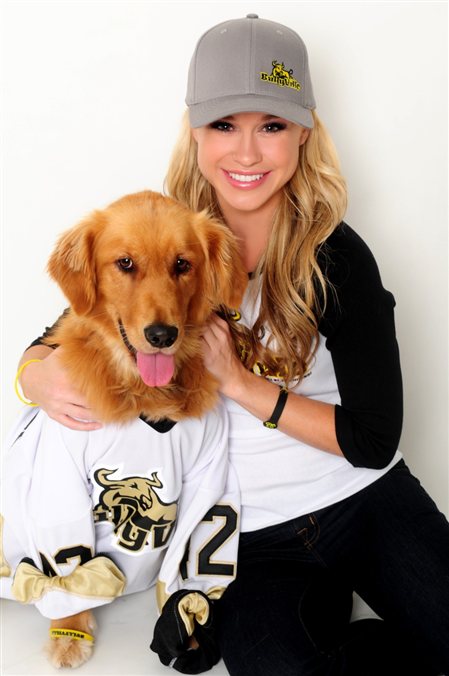 Fellow Glee star Becca Tobin plays a mean girl on the show, but offscreen she’s all heart. While shooting her campaign for BullyVille, Becca, in an exclusive, told The PETA Files, “As Kitty on Glee, I do my share of bullying. But bullying in real life—whether towards a human or an animal—is no laughing matter! If you see or hear of someone abusing an animal, tell your local authorities or PETA right away before someone else gets hurt.”

Ravens linebacker Terrell Suggs is back to putting a hurting on opposing teams, after missing part of the season because of a torn Achilles tendon. We’re pumped to be cheering on one of our favorite fur-free players again.

We’re also cheering for our friend Jay Sean, who was named Best Male Artist and British Artist of the Decade at the UK Asian Music Awards. We are down, down, down with his music and his support of adopting animals.

LeAnn Rimes is also down with adoption. When a friend of hers rescued a puppy who had been abandoned on a busy road in Los Angeles, LeAnn was smitten and brought the dog home the same day. Her son named the pup Eveie, and LeAnn wrote on her blog, “Eveie has a new home and family and we have a new love!”