PETA’s senior vice president, Dan Mathews, and our very own angel for animals, Pamela Anderson, unveiled PETA UK’s version of Pam’s provocative ad outside the London Transport Museum in Covent Garden Sunday morning. What caused a fuss in Montréal—where officials refused permission to display our ad—caused a frenzy with fans and media mayhem across the pond. 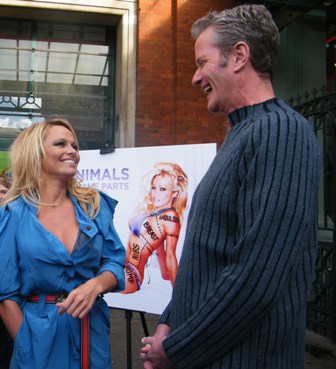 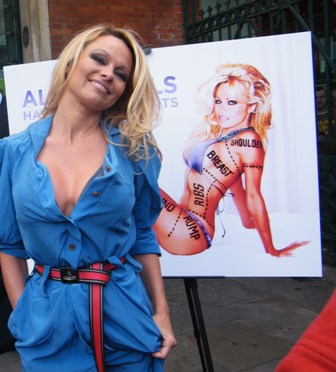 Here’s Pamela’s take on her sexy ad: “The butcher diagram is the perfect thing to parody, because it allows you to use your own body as a protest tool.” And because the decision to go vegan embodies concern for animals, the environment, and human health, it’s a perfect decision to make.

What’s the next stop for Pam and Dan? On Monday, they’ll be giving a talk about vegetarianism at the Oxford Union and screening PETA UK’s video “Glass Walls,” narrated by Sir Paul McCartney. Get your own copy of PETA US’s version of the DVD from the PETA Catalog.