I don’t care what kids say—the school lunch lady is not trying to kill them. The federal government is. Well, I have my suspicions, at least. Many of the meals served as part of the National School Lunch Program are high in fat and cholesterol and contain considerably more sodium than fiber. They’re a heart attack in the making. I wonder if that’s why the American Heart Association has warned us that atherosclerosis—hardening of the arteries—begins in childhood and progresses into adulthood, at which point it can lead  to coronary heart disease. 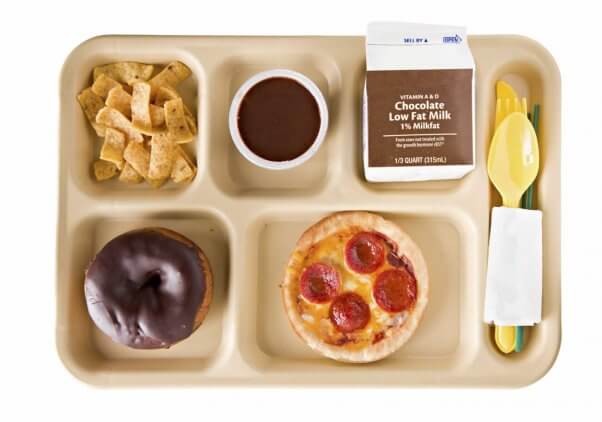 Most schools serve the same artery-clogging slop that was served when I was a student and frozen meals still had to be baked in the oven. How can we expect students to take a health teacher’s “healthy eating tips” seriously when the school cafeteria is serving unhealthy foods?

Salisbury steak, pepperoni pizza and chicken nuggets need to go the way of film projectors and hand-crank pencil sharpeners. And fast-food corporations should also be expelled from schools—or at least suspended until they serve more plant-based meals.

As Dr. Neal Barnard, the president of the nonprofit Physicians Committee for Responsible Medicine, says, “Fresh produce, legumes, whole grains, nuts, and seeds are nutritional powerhouses that study after study has shown to be quite literally lifesaving .… [D]iets high in animal protein are associated with a fourfold increase in the chance of dying from cancer or diabetes—making heavy meat and dairy consumption just as dangerous as smoking.”

Responsible parents teach their children not to smoke because cigarettes cause cancer and other health problems. For the same reason, they should make sure their kids don’t get hooked on hamburgers and other unhealthy foods. Let’s put more emphasis on teaching children to eat vegan meals—at school and at home. Kids will gladly eat plant-based meals, such as pasta, veggie burgers and black bean chili, if they’re delicious as well as nutritious.

Knowing this, the Coalition for Healthy School Food created the Cool School Food program to develop, test and implement plant-based meals in school cafeterias. The program—which helped two public schools in New York implement the first entirely plant-based school menus in the U.S.—aims to make it fun and exciting for young people to try new foods and learn about their health benefits. 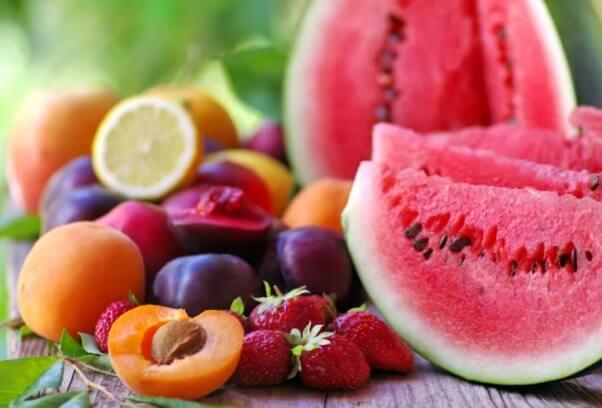 Food Is Elementary, another school program that was recently featured in VegNews magazine, is also working to introduce children to plant-based foods, which the kids prepare and eat as part of a curriculum established by the founder of the Food Studies Institute, a New York-based nonprofit that helps school cafeterias incorporate low-fat, high-fiber foods into their menus.

We need more programs like these. Students are fed up with the unappetizing, inhumane and potentially disease-promoting fare that passes as lunch in many school cafeterias. Last year, students at Theodore Roosevelt High School in Chicago boycotted school lunch in an attempt to persuade officials to serve healthier meals, including more fresh fruit and vegetables.

That’s hardly an unreasonable request. The school cafeteria is supposed to be a source of nourishment, not disease. This year’s National School Lunch Week, which will be observed in October, aims to remind “parents, students and school officials that a healthy lunch helps students power through the day!”

But how can we expect kids to make it through the day—and learn compassion and empathy—if they’re eating unhealthy animal-based foods? We need to teach children that “v” is for vegan and serve them healthy, tasty, cruelty-free plant-based foods that won’t cause them to heap scorn on the lunch lady.