President Barack Obama’s new $100 million BRAIN Initiative (Brain Research through Advancing Innovative Neurotechnologies) is intended to provide insight into human brain function and behavior to help find cures for diseases. But considering that the project’s leadership committee is dominated by animal experimenters who have little experience in human brain research, it’s doubtful that the initiative will be either “advanced” or “innovative” or that it will produce results relevant to humans.

So PETA is appealing to the National Institutes of Health, which was tasked with selecting scientists for the panel, to shake up the leadership committee and include scientists who are engaging in the human-based research necessary to solve human health problems. 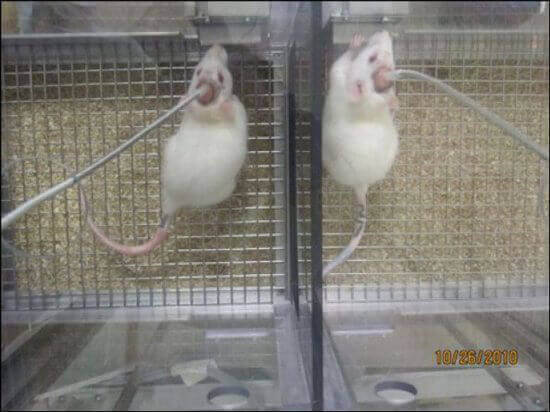 Sixteen of the 17 panel members are involved primarily in archaic animal experiments, which have consistently failed to find cures for human brain disorders because of fundamental biological differences between species. In fact, in a recent Reuters article on the BRAIN Initiative, Dr. Christer Nordstedt, Eli Lilly and Co.’s vice president of neuroscience research, said, “We’ve been handicapped by the fact that we have been studying diseases in animals that don’t really exist in animals. Mice don’t get depression. They don’t get schizophrenia. They don’t get Alzheimer’s disease.”

Including at least some of the thousands of researchers who use ethical, human-based research methods, such as advanced imaging and other modern technology, will offer insights into the human brain that are not possible through experiments on animals. That means that the initiative will get closer to finding cures without tormenting animals in cruel and deadly experiments and wasting more taxpayer money.

You can help by e-mailing your senators and representatives and urging them to divert taxpayer funds away from animal experiments and into relevant, lifesaving human-based research.