Sensitive marmoset monkeys fare horribly when they’re held captive in laboratories. The crude “joke” about them is that if you look at them the wrong way, they’ll die. So why is the National Institutes of Health (NIH) ramping up funding for experiments on them? 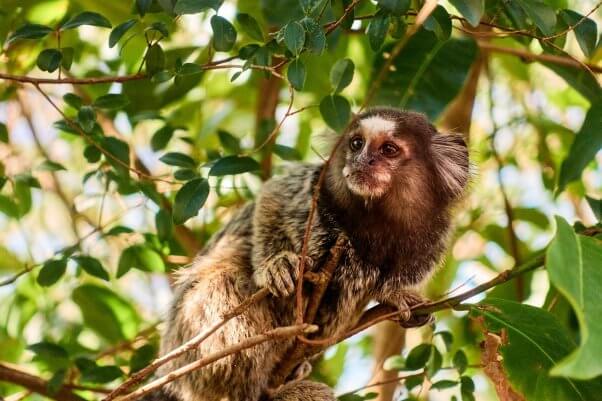 In nature, marmosets live in small family groups called “troops,” which comprise up to three generations. They are almost always monogamous and enjoy snuggling together affectionately. Female marmosets often give birth to twins, triplets, or even quadruplets, and the entire troop helps to care for and raise them. Fathers play a large role in parenting. The animals have their own spoken language and politely wait for one another to finish speaking before chiming in.

But experimenters are using marmosets’ small size, high birth rate, and gentle, cooperative nature as an excuse to abuse them.

After hearing from PETA, most airlines have stopped transporting animals to their death in laboratories, making the importation of primates from Asian breeding facilities very difficult. In response, NIH—the largest funder of animal experimentation worldwide—announced plans to allocate more taxpayer money to experiments on marmosets. The tests will purportedly be aimed at trying to understand neurological conditions in humans—even though the use of macaque monkeys, who are much more similar to us, in these tests has proved to be a complete failure.

Experimenters know that these delicate animals experience extreme physical and psychological torment that goes well beyond even the “normal” pain and terror experienced by animals in a laboratory: being torn away from their families, shoved into barren metal cages, and forced to endure all manner of invasive procedures (usually without adequate pain relief).

Marmosets in labs are especially susceptible to pneumonia, toxoplasmosis, and infections with E. coli, bordetella, giardia, and other parasites. Their immune systems are virtually powerless against diseases that human experimenters carry, including human influenza, tuberculosis, measles, and herpes. Not only can these diseases cause blindness, seizures, kidney failure, and an agonizing death, they also render the results of experiments on the animals even less reliable.

Even though experimenters have been torturing marmosets in their laboratories for decades, they still have no idea how to feed them. The monkeys frequently develop marmoset wasting syndrome, which causes severe weight loss of up to 45% of their bodyweight, lesions in the digestive tract, muscle atrophy, paralysis, and death.

Along with a poor diet, the monkeys have no access to natural sunlight and are vitamin D deficient, causing metabolic bone disease. Symptoms of this debilitating illness include fractures, skeletal deformities, and further immune system suppression.

Experimenters often respond to the sight of sick, thin marmosets wasting away right in front of them by shoving more food at them. As a result, the ones who weren’t previously sick develop conditions that marmosets in nature would never suffer from, including diabetes, abnormal heart function, and stroke. They also often succumb to stomach cancer or multiple organ failure. 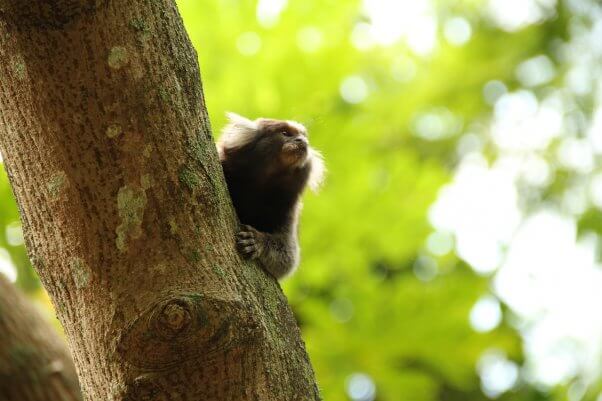 NIH’s plan to make more marmosets suffer underscores the troubling attitude of animal experimenters: If you can’t find a treatment for a uniquely human condition by tormenting one species, just keep working your way through the entire animal kingdom. It is the definition of insanity. And of wasteful government spending. And of bankrupt morality.

Tell NIH that you don’t want your taxpayer dollars to be used to torment and kill sensitive animals in useless experiments, and demand that it direct your money into advanced, human-relevant research methods, such as tests that use organs-on-chips and donated human tissue.

NIH: No New Experiments on Marmosets!