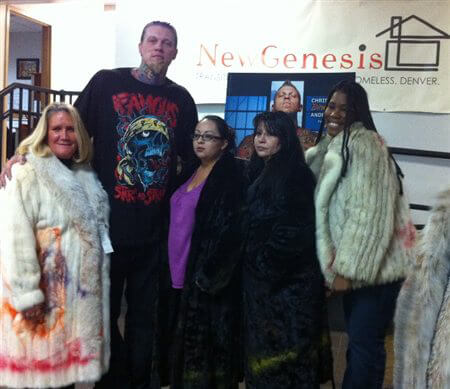 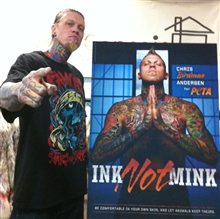 Chris didn’t choose an arena filled with hoops fans for the unveiling of his new ad; he picked a homeless shelter. At Denver’s New Genesis center, he handed out donated fur coats to the homeless—the only people with an excuse for wearing them. “Animals, they don’t deserve to be beaten or slaughtered,” he said.

You can catch the behind-the-scenes video from Chris’ photo shoot and enter to win the PETA shirt that he wore and autographed here.

Doesn’t it seem like real tough guys are comfortable in their own skin, while the lame posers hide underneath animals’?