Los Angeles’ STAPLES Center will become the city’s vegetarian center when Morrissey plays there March 1. The music legend has asked that no “flesh as food” be served at his shows, but fans will have plenty of festive fare, including vegan sloppy Joes, vegan sushi, and grilled veggie sandwiches, to munch on while they rock out to “Meat Is Murder.” And as an extra nod to animals, Moz also required that McCruelty shutter its doors for the day. 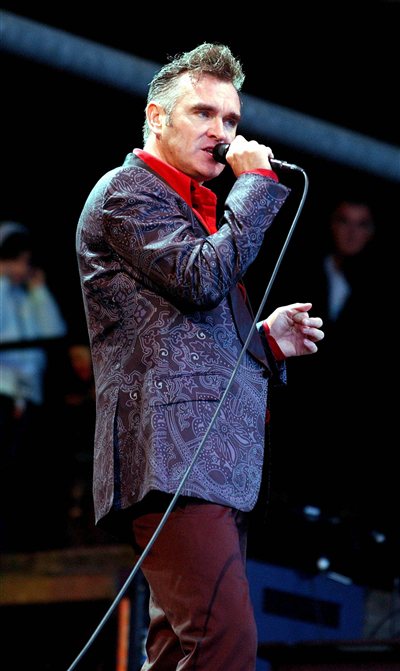 Beyoncé took a page out of Morrissey’s songbook when she wanted to drop her baby weight. Bey started eating one vegan meal a day, and she’s kept it up. Maybe since she’s eating fewer animals, she’ll consider wearing fewer animals, too?

That’s what PETA is asking the Buffalo Sabres to do. When the hockey team started awarding the “player of the game” with a fur coat, we wrote to the Sabres’ owner, Terry Pegula, urging him to do away with these vile gifts as the team scrambles to reinvent itself as winners after the highly publicized firing of head coach Lindy Ruff.

Usually it’s Canadian sealers that seals have to worry about, but recently two young women were caught on camera hitting and kicking seals who were resting on a California beach. People were outraged, and Ian Somerhalder, along with many others, took to Twitter to defend the seals as well as other animals: 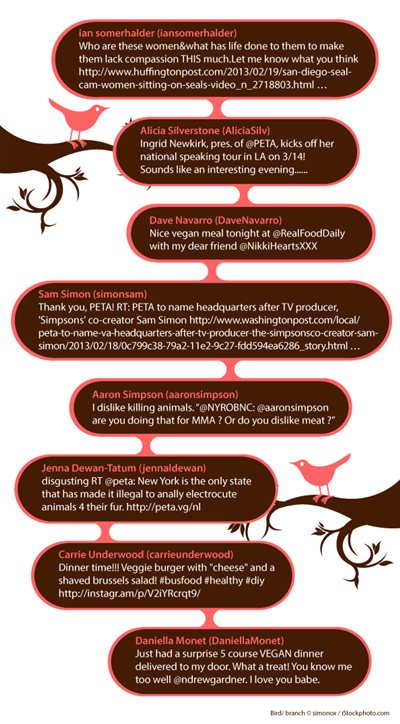 Miley Cyrus is always full of sweet tweets, so of course, she and dad Billy Ray Cyrus were on board to compete in the Twitter for the Critters Celebrity Challenge, a Twitter competition that is raising money for several animal shelters and sanctuaries.

Soon Antonio Banderas and Melanie Griffith’s household may rival Miley’s in number of rescued dogs. The couple adopted two Labrador-shepherd mixes, a brother and sister. PETA helped welcome the pups to their new home with toys, treats, and a copy of Let’s Have a Dog Party!

Fellow screen legend James Cromwell has also had an exciting month. He was arrested while helping PETA disrupt a meeting at the University of Wisconsin–Madison to protest the school’s painful and deadly experiments on cats. Then he joined awesome animal advocate Jane Velez-Mitchell on her show to publicize the school’s crimes against cats even more.