Miley Cyrus’ fans have watched her grow into a gorgeous young woman with a kind and compassionate heart, so to celebrate her 20th birthday on November 23, PETA is surprising Miley with something that she really wants. 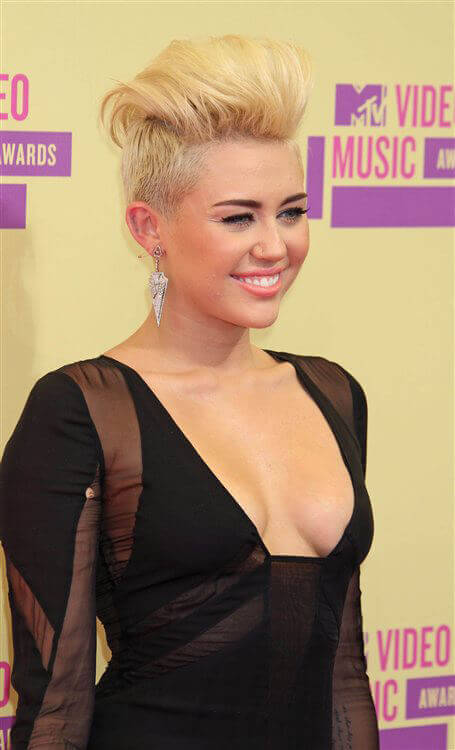 During a recent appearance on Ellen, Miley talked about how much she loves pigs, so PETA sponsored a very special pig in her honor. Nora, whom PETA helped rescue, is a resident at Kindred Spirits Sanctuary, a picturesque farm in Ocala, Florida, that gives refuge to animals who have been abused, neglected, or abandoned, including pigs, cows, goats, sheep, chickens, turkeys, horses, and donkeys. 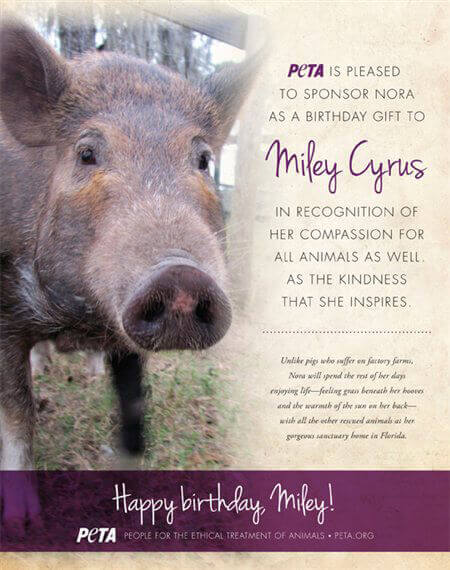 Miley proved her affection for pigs when she retweeted a PETA action alert to her 10 million followers asking them to urge Walmart to ban its suppliers from cruelly confining pigs to tiny metal-barred gestation crates for months at a time.

And the singer’s compassion for animals doesn’t stop there. She lavishes love on her rescued dogs and consistently encourages people always to adopt and never buy. And she’s striving to rid her diet of dairy products.

Miley’s fans are awesome animal advocates, too. They’ve set up a special fundraising page where people can donate to PETA’s lifesaving work for animals in honor of the compassionate birthday girl.

Happy birthday, Miley! We love you!