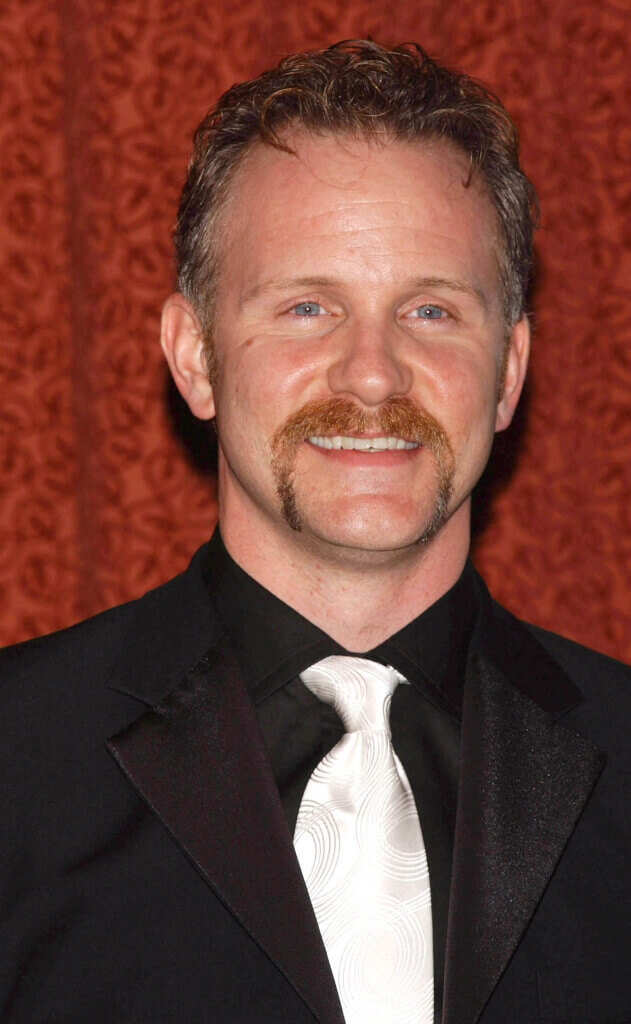 As a kid growing up with parents who believed in adopting their animals, Morgan Spurlock vowed to buy a Rhodesian ridgeback when he got older. But the Oscar-nominated documentary filmmaker’s experience of spending a week at the Animal Rescue League of Berks County in Reading, Pennsylvania, convinced him that there is never a good reason to buy an animal from a pet store or breeder.

Morgan spent a week working at an open-admission shelter, one that takes in every animal who comes through the doors, regardless of age, health, or temperament. He nursed a tiny kitten, who was not expected to live, back to health. He collected animals out of the “stray pens,” in which owners would simply dump their animals without even coming inside the shelter to speak to the staff. And he watched as the overflowing shelter had to euthanize animals to make room for more in the never-ending stream. Morgan came to realize that euthanasia is a direct result of people’s decision to buy animals instead of adopt them, not spaying and neutering, and treating animals as disposable objects. He devoted an hour-long episode of his CNN series Inside Man to that experience and urged everyone to do his or her part to help: “In the United States, not only do we spend more money on buying pets from pet stores but we also put to sleep more animals that we could be adopting at animal shelters. And so for me, over the course of this, what I realized is no one should be buying a pet from a pet store.”

Blackstone keep dumping your stock in @seaworld. They will be shut down at some point #Blackfish

“@SeaWorld: Everything we do in the care of whales is centered on the mother-calf bond" OH I get it! You separate them because You care! LOL

Our new &dramatic campaign @peta in support of @blackfishmovie Thank u @ETCanada 4your support. Proud 2speak my mind. pic.twitter.com/hAY95cNnqi

@hulu Can you not play @SeaWorld commercials during my show? K? Thanks #WrongSideOfHistory #Fox #PicketFences #Blackfish #Hulu #seashepherd

@peta Vegan. day 4 in full effect and I'm loving it.

Humbled to be one of the Finalists in @peta Sexiest Vegan 2014 list! A lot of sexy/compassionate ppl, check them out! http://t.co/tsMtNVprLm