Update (June 8, 2022): Earlier today, a federal judge in Tampa, Florida, sentenced exotic-animal dealer Jimmy Wayne Hammonds (aka “The Monkey Whisperer”) to five years of probation, including less than a year of home detention, and a $90,000 fine. Hammonds pleaded guilty in March to a felony charge of conspiracy to commit wildlife trafficking—stemming from his notorious sale of a capuchin monkey to singer Chris Brown—and three counts of violating the Endangered Species Act for selling endangered cotton-top tamarins to individuals in Alabama, South Carolina, and Wisconsin.

This brazen career criminal got off easy, but the conviction alone should be enough to keep him out of the monkey-exploitation business as long as federal officials do their jobs and revoke his federal Animal Welfare Act license. PETA is calling on the U.S. Department of Justice to use this case as a jumping-off point to relentlessly pursue the other Hammondses of the world and hold them accountable for trafficking animals for a buck.

PETA sent a letter to the U.S. Department of Agriculture urging the agency to revoke Hammonds’ federal Animal Welfare Act license, which would prohibit him from legally selling exotic animals for the pet trade. In 2017, PETA alerted California officials to Brown’s unlawful possession of the capuchin, which resulted in the animal’s seizure by the state and two misdemeanor charges levied at Brown. According to the search warrant affidavit, it was PETA’s complaint regarding Brown that triggered law enforcement to investigate Hammonds.

Originally published on Mar 2, 2022:
After PETA tipped off authorities to singer Chris Brown’s illegal possession of a capuchin monkey, the Florida-based dealer behind the sale was indicted in federal court and pleaded guilty today to a felony charge of conspiracy to commit wildlife trafficking and three counts of violating the Endangered Species Act (ESA). Jim Hammonds—who breeds and sells exotic animals under the name “The Monkey Whisperer”—faces up to five years in prison for conspiracy to commit wildlife trafficking plus an additional three years for the ESA violations. He also faces fines of up to $400,000 and up to six years of supervised release.

At a change of plea hearing today, Hammonds pleaded guilty to the wildlife trafficking conspiracy charge stemming from his $12,650 sale of a capuchin monkey to Brown in 2017. According to court records, Hammonds had the monkey transported to Nevada to make it appear that a local resident had purchased the animal, when, in fact, Brown (listed as “Person 1” in the indictment) resides in California, where possessing a capuchin monkey as a “pet” is illegal. Hammonds’ guilty pleas over violations of the ESA stem from his sale of endangered cotton-top tamarins to residents of Alabama, South Carolina, and Wisconsin.

“Exotic animals are not playthings, fashion accessories, or Instagram props for celebrities, and they’re not a business venture, either. Many animal advocates alerted PETA to Chris Brown’s illegal possession of this monkey, and they helped us take down a cruel and criminal breeder.”

In 2017, PETA alerted California officials to Brown’s unlawful possession of the capuchin, which resulted in the animal’s seizure by the state and two misdemeanor charges levied at Brown. According to the search warrant affidavit, it was PETA’s complaint regarding Brown that triggered law enforcement to investigate Hammonds. The affidavit also indicates that officials believed that Hammonds had sold two spider monkeys to rapper Swae Lee. PETA also alerted California wildlife officials to Lee’s unlawful possession of these primates, which led to the seizure of at least one of them.

Monkeys and other exotic animals are not “pets.”

Exotic animals kept as “pets” are often bred in captivity by criminal dealers, torn away from their mothers as babies, sold to anyone with a big enough bank account, denied any chance at a natural life, and forced to do whatever their owner chooses for a few social media “likes.”

In their natural habitats, baby capuchin monkeys spend several months, even years, by their mothers’ sides. However, those used as “pets” are typically torn away from their mothers as infants. These monkeys are intelligent, curious, and highly social animals who naturally live in large groups. A human home denies them mental stimulation and opportunities for social interaction with other monkeys, which can lead to frustration and depression. Monkeys kept as “pets” can and will bite humans. 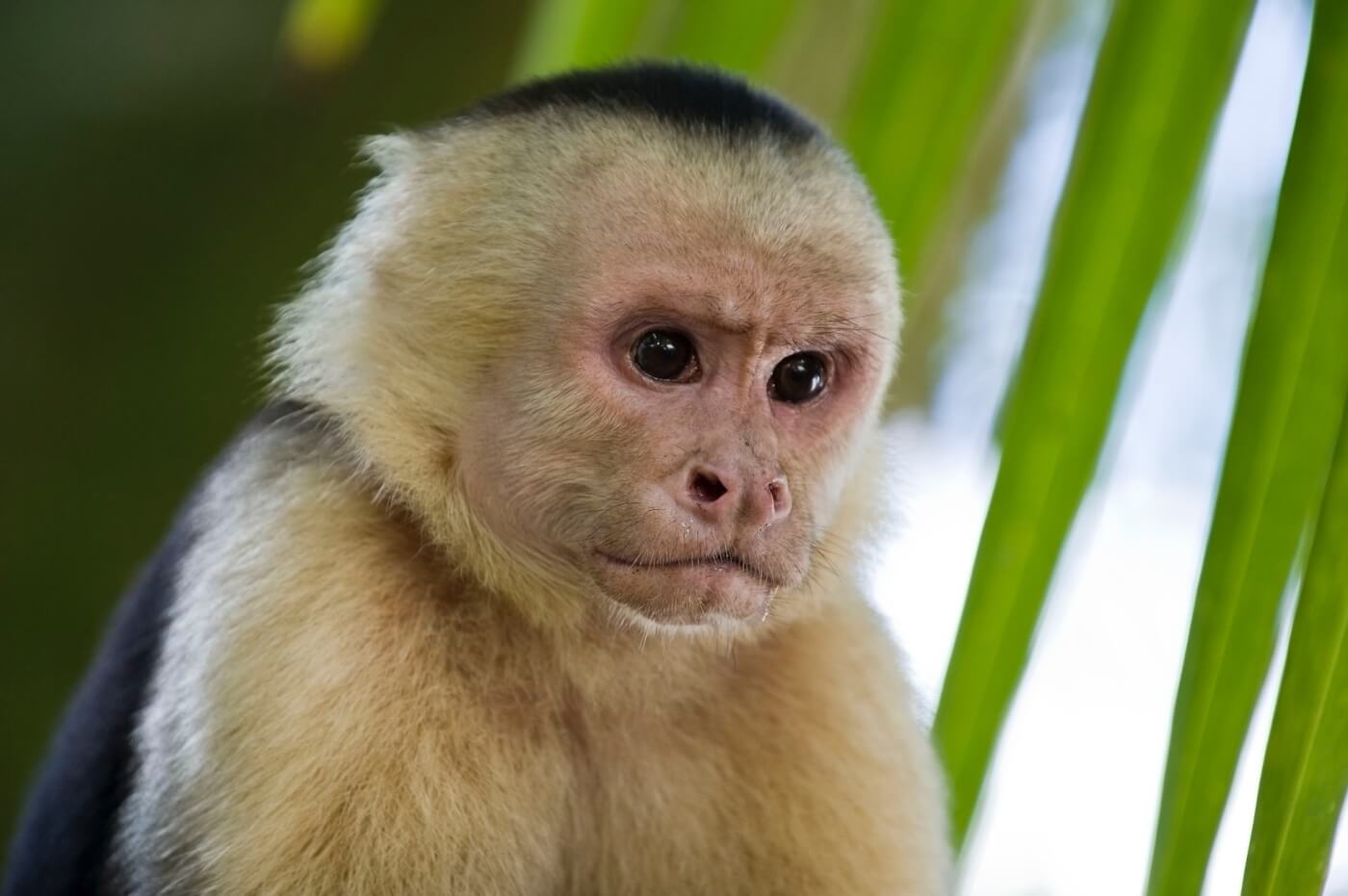 PETA encourages anyone who sees exotic animals being exploited by celebrities on social media to forward the evidence to authorities and to PETA, as many animal advocates did with Chris Brown and Swae Lee—a move that helped bring down a prolific exotic-animal breeder.