UPDATE: The U.S. Department of Agriculture (USDA) has slapped the University of Utah with an official warning for failing to ensure that university personnel were adequately qualified to perform their duties and for failing to provide a monkey, who was burned so badly that he had to be euthanized, with adequate veterinary care. Please politely urge your congressional representatives to take action to end the use of monkeys and dogs in experiments.

Animals are tormented and killed in laboratories every day, but sometimes their misery makes headlines. That was the case with a monkey at the University of Utah (the U), who was reportedly euthanized last August after the badly botched use of a heating device.

The monkey had reportedly been placed under anesthesia so that a scan could be performed on him, but his body temperature became dangerously cold. A heating device was used in an attempt to warm him up, but something went wrong and it burned him so badly that university staff decided to euthanize him.

This monkey’s suffering came to light after the U.S. Department of Agriculture (USDA) issued a report revealing the U veterinary staff’s “failure of appropriate communication and oversight.” A Salt Lake City news station aired the story and included photos that a PETA field observer had captured of monkeys during PETA’s 2009 investigation of the U. 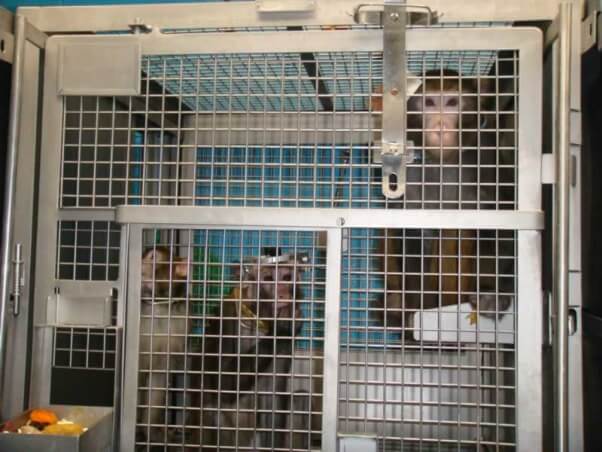 While the monkey shown in the photos was not the same monkey who was burned and killed last August, the U claimed, falsely, that the photos were simply “stock photos.” Following this, the story featuring PETA’s photos was removed from the TV station’s website and social media pages. 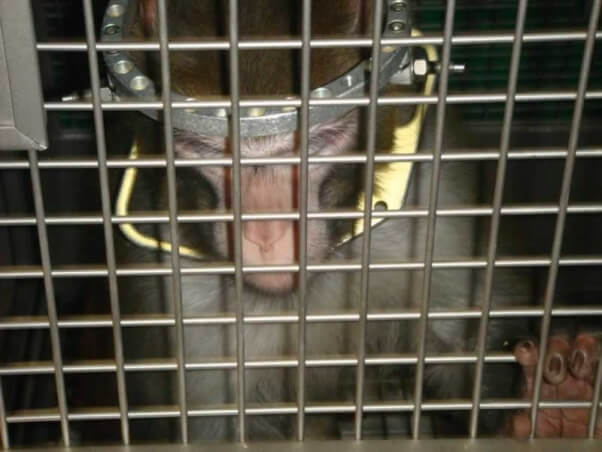 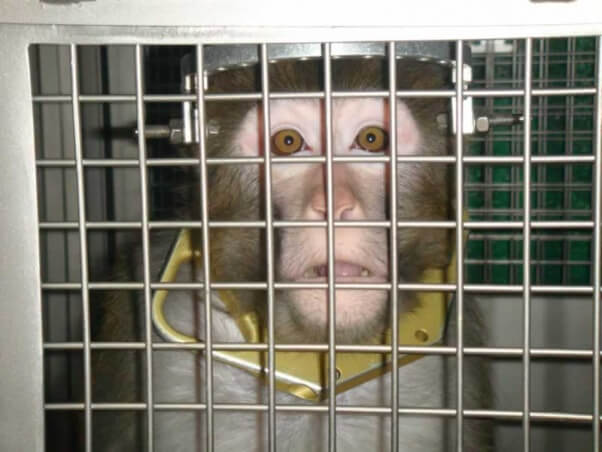 Negligence seems to be the order of the day in the university’s laboratories: PETA’s eight-month investigation of the U in 2009 documented the suffering of animals, including monkeys, rats, mice, rabbits, dogs, and cats—some of whom had been obtained from animal shelters. A litter of kittens died after a chemical that causes fluid to build up was injected into their brains. Mice whose back legs were paralyzed, rats who suffered epileptic seizures, and mice with huge, ulcerated tumors covering their bodies were allowed to suffer without adequate veterinary care. Mice died and were left for days before anyone noticed.

Utah legislators have since amended state law so that government-run animal shelters are no longer forced to sell dogs and cats to laboratories upon request, and the USDA has cited the U for nine violations of federal animal protection laws, as well as issuing an official warning for failed oversight. But animals like the monkey who was scorched are still suffering in laboratories there. Please urge the university to ensure greater transparency by making its records on all taxpayer-funded animal experiments public.