Excellent news for minks and foxes: Moncler has become the latest fashion brand to announce that it’s going fur-free! The company’s decision to ditch fur follows years of pressure from animal rights activists—including PETA-backed protests in Atlanta, New York, Philadelphia, Seattle, and Washington—and nearly 100,000 e-mails from supporters of PETA entities around the globe. 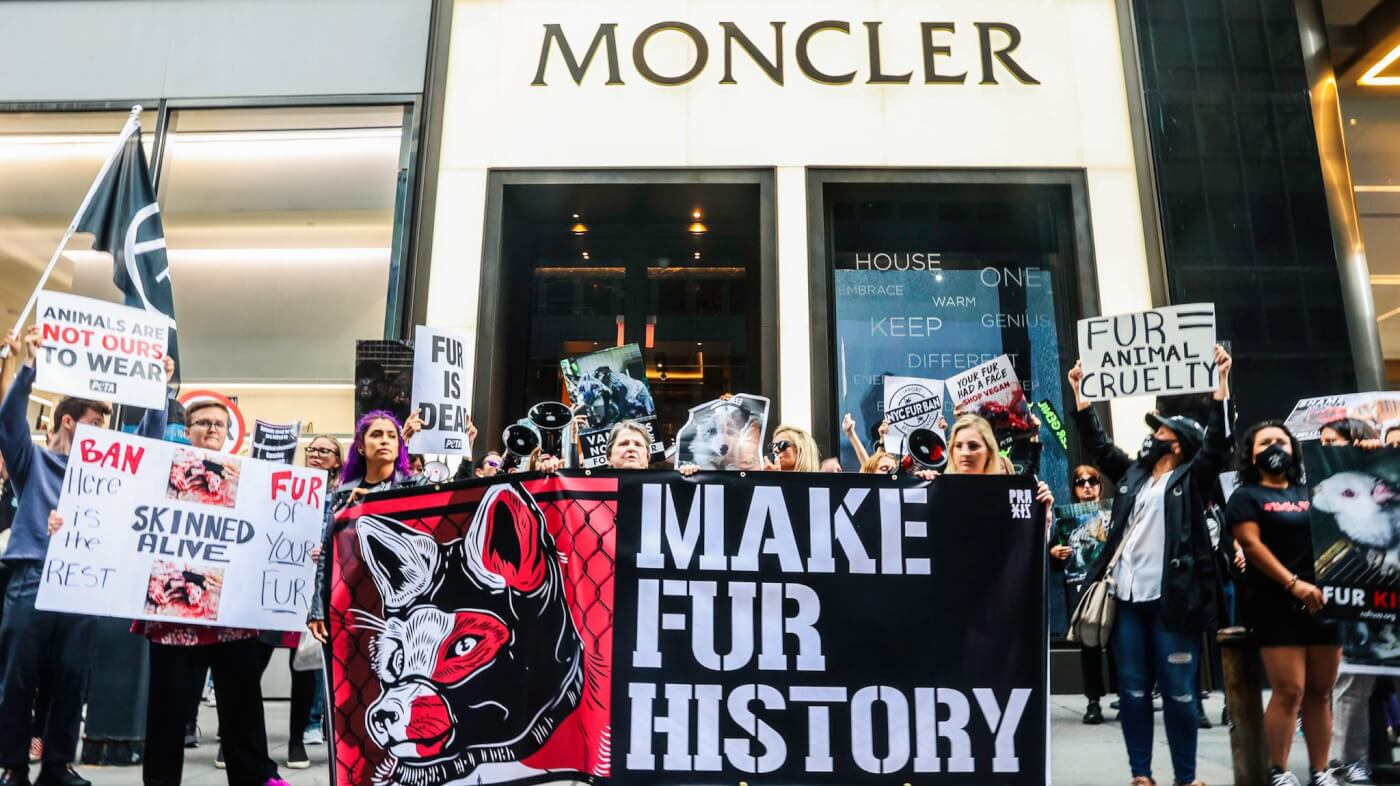 No one is in any doubt that fur is as dead as the animals it was stolen from.

On fur farms, animals typically spend their entire lives confined to cramped, filthy cages, deprived of any opportunity to engage in natural behavior, such as playing, running, finding food, and raising a family. At the end of their miserable lives, they face a horrific death—often by gassing, electrocution, or poisoning.

Urge Other Brands to Ban Fur, Too

Whether fur comes from an animal raised on a fur farm or from one who was trapped in nature, using it for clothing caused a living, feeling being immense suffering.

Companies that sell fur are complicit in this cruelty. Refusing to sell fur is the only way to help eliminate the suffering of animals exploited by the fur trade, which is why hundreds of major designers and retailers—including Armani, Burberry, Chanel, Gucci, Macy’s, Prada, and Versace—have already banned it.

Despite hearing from PETA that animals are bludgeoned, drowned, electrocuted, gassed, and skinned alive in the fur trade, Shopbop and other companies continue to sell fur and profit from this cruelty. You can encourage them to stop: