Looking for another reason to stay away from McDonald’s? A Michigan woman claims to have found a particularly unappetizing one inside the Filet-O-Fish sandwich that she was eating: a parasitic worm. According to reports, the disgusting discovery was enough to persuade the woman to swear off the fast-food giant for good.

Even without worms, McDonald’s food should make your stomach turn.

Because people are so far removed from the process of slaughtering animals for food, they may forget that the nuggets, patties, and other neatly shaped little pieces of flesh that they’re eating were once living, feeling beings with unique personalities. They may forget that chickens in McDonald’s slaughterhouses in the U.S. and Canada are dumped out of their transport crates and hung upside down in metal shackles, which can result in broken bones, extreme bruising, and hemorrhaging, before their throats are cut while they’re still conscious. They may forget that many birds are immersed in tanks of scalding-hot water while they’re still alive and able to feel pain. They may forget that before they were cut into “filets” and battered, wild-caught fish were subjected to crushing pressure as they were hauled up from the deep in a net and callously left to suffocate on the deck of a boat and that captive fish raised on industrialized aquaculture farms were kept trapped inside enclosures in which they had no choice but to swim through their own waste and may have suffered from rampant diseases.

They may forget that they’re eating corpses—until they find worms crawling through them. 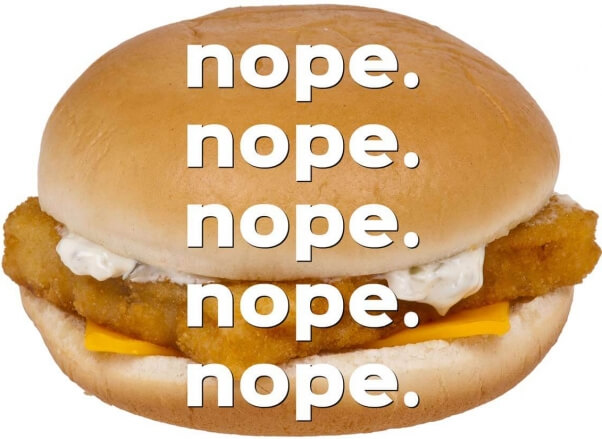 You can make kind choices to help animals—even when you’re in a rush!

Making conscientious food choices is easier than ever before. If you’re looking to leave McDonald’s behind, we can help steer you toward restaurants that are doing more to meet the ever-growing demand for vegan options. PETA has assessed the vegan-friendliness of burger chains and restaurants across the U.S., grading each one based on the availability of a vegan entrée on the menu. The resulting letter grades run the gamut from “A” for chains that offer a vegan option to “F-” for those—like McDonald’s—that have failed to make any attempt at offering an animal-free burger option. 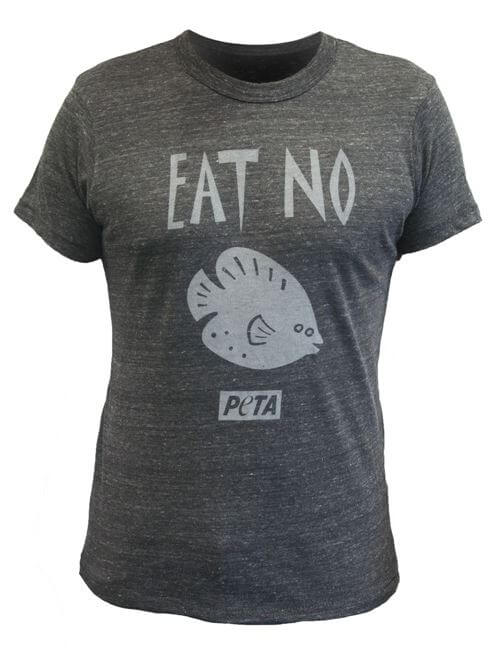 Buy the shirt on PETAcatalog.com

But no matter how fun (and easy) it is to hate on McDonald’s, remember that this isn’t an isolated event. Video after video has shown the disgusted reaction of a person who has found worms wriggling in fish they bought. The best thing that you can do for your own health, for animals, and for the environment is to go vegan. Luckily for you, you’ve come to the perfect place to get started.

Learn How to Go Vegan