Australia’s Media Watch has roundly condemned a false story that was recently distributed to media outlets by farming press. It involved PETA’s complaint to RSPCA about the abuse of sheep at an Australian shearing station. People around the world who read or heard the deliberately misleading news report, and reporters laughing at how frivolous and silly animal rights supporters must be, were led to believe that the complaint simply concerned employees’ “swearing” at sheep, when in fact that was not the case at all.

The 11-page complaint focused on workers punching, kicking, and stomping on sheep, among other abuses. Yes, the men screamed “fuckers” at the sheep and more, but while doing so they hit the sheep, drawing blood and causing bodily damage, all of which was deliberately ignored in the press report. Media Watch condemned the press account as “dodgy,” “ridiculous,” “almost totally wrong,” and “grossly misleading”—and criticized every journalist who failed to include the full details included in PETA’s Australian shearing abuse exposé. 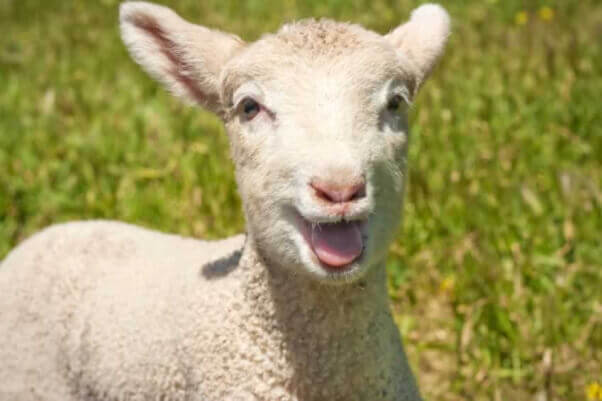 We contacted every news outlet in the U.S. that ran the story—nearly a dozen—and asked that each story be corrected in order to give a fair representation of the findings of our exposé. Anyone who values accuracy in reporting (i.e., everyone) should be appalled that to date, The Huffington Post is the only media outlet that has issued a correction or follow up.

PETA’s complaint detailed instances in which shearers working at Boorungie Station punched sheep in the face, punched a lamb in the torso, stomped and stood on sheep’s heads and necks, struck them with a pipe and electric clippers until they bled, picked up one sheep by the hind legs and threw her head first through a gate, and crudely stitched up gaping wounds without any pain relief. And yes, one shearer was cursing at the animals as he beat them.

If foul language were the worst that sheep in Australian shearing sheds had to endure, then no complaint would have been filed.

PETA works to stop animal suffering. Anyone who ever has questions about our work, can just e-mail us.