Fish don’t want to be fish sticks—so they’re telling folks on the Staten Island Ferry boats where to stick it. 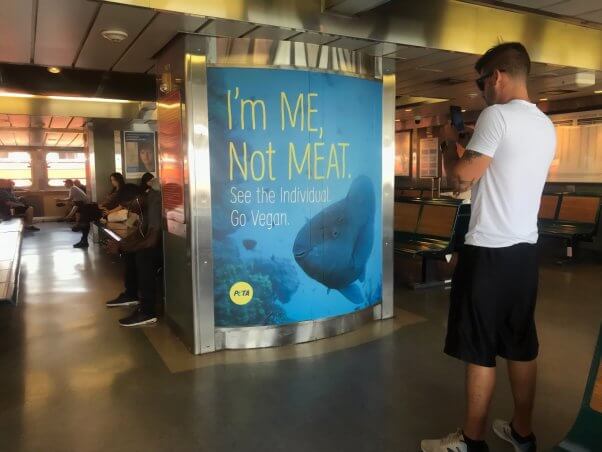 Anyone who has hooked a fish should know that fish feel pain. Numerous studies have repeatedly found that the pain response in fish is basically identical to that of mammals and birds. 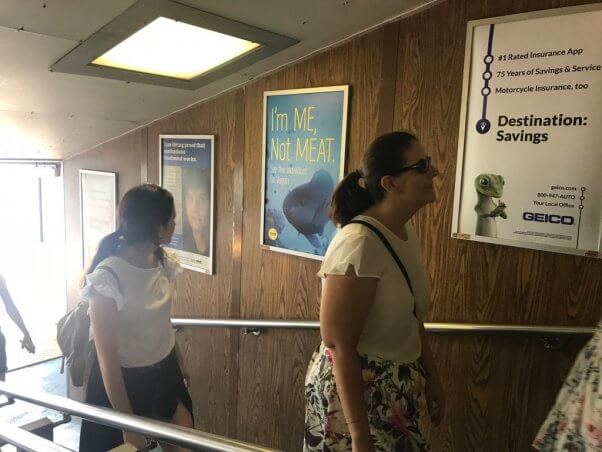 Just like dogs and cats, fish are complex, sentient beings. They show affection by gently rubbing against each other, they talk to one another using sounds that human ears can’t hear, and they’ll even eavesdrop on others’ conversations. In addition, they pass down cultural traditions, use tools, tell time, make and play with toys, and have longer attention spans than humans. 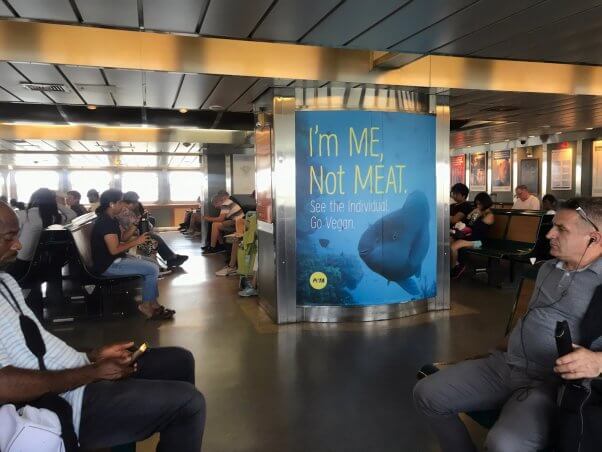 Yet more fish are killed for food each year than all other animals combined, and they have no federal legal protection to prevent their abuse or suffering. They’re often hauled out of the sea and left to bleed or suffocate to death on the decks of ships. 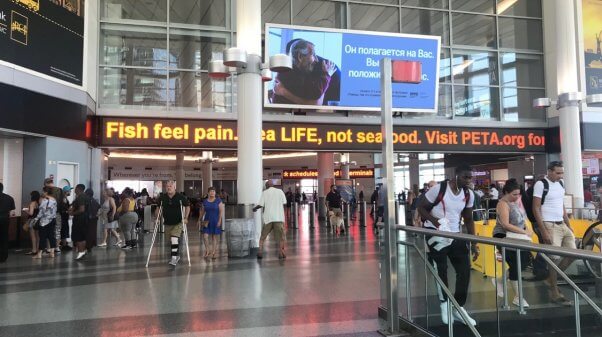 “I never eat anyone I know personally. I wouldn’t deliberately eat a grouper any more than I’d eat a cocker spaniel. They’re so good-natured, so curious. You know, fish are sensitive, they have personalities, they hurt when they’re wounded.” Dr. Sylvia Earle, leading marine biologist

Check out our favorite cruelty-free faux-fish products and recipes here—and let fish be friends, not food.

I Pledge to Let Fish Live