The winners of the 2018 Biodesign Challenge were announced at a special ceremony at New York’s Museum of Modern Art—and Woocoa won the PETA Prize for Animal-Free Wool, which includes a one- to two-week-long learning experience at designer Stella McCartney’s London headquarters. Created by a group of innovative design students from the Universidad de los Andes in Bogotá, Colombia, Woocoa is a vegan wool made from hemp and coconut fibers treated with enzymes extracted from the oyster mushroom.

The kind minds behind Woocoa came up with an eco-friendly, biofabricated material that can help prevent sheep from continuing to be shorn bloody for cruelly obtained wool. PETA’s Animal-Free Wool Prize gives compassionate aspiring designers the boost that they need to help change the world for the better. 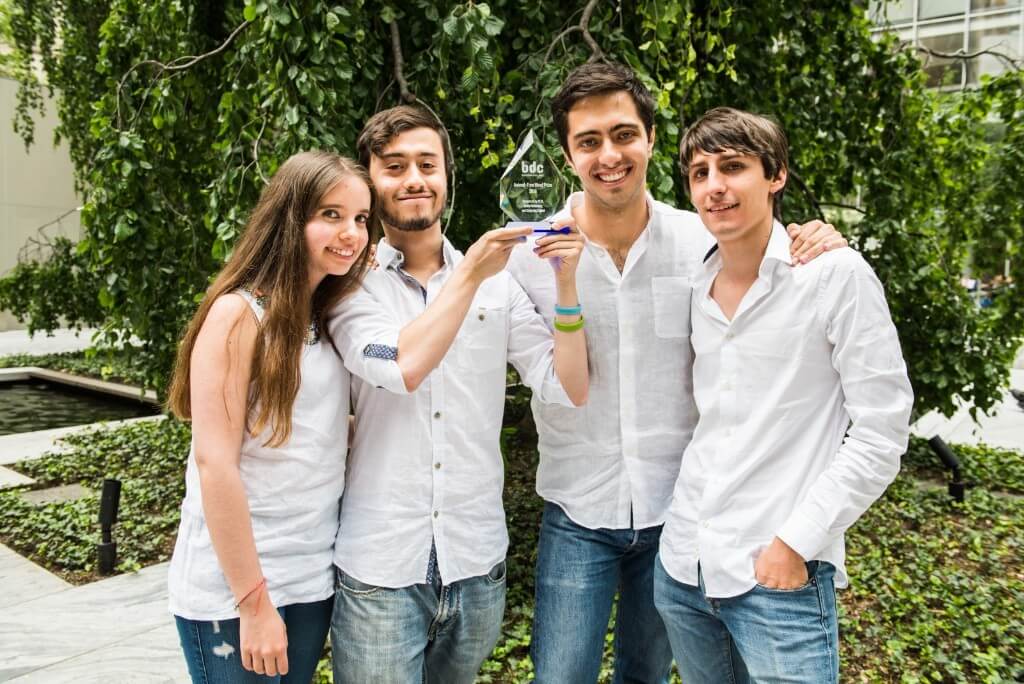 PETA has released seven exposés recorded at 47 wool-producing facilities on three continents that have all revealed that sheep are mutilated, abused, and skinned alive in the international wool industry. Shearers are typically paid by volume, not by the hour, which encourages fast, violent work. The wool industry also produces massive amounts of methane, erodes soil, and contaminates waterways.

Through a partnership among PETA, investment firm Stray Dog Capital, and Stella McCartney Ltd., the 2018 Biodesign Challenge for college students nationwide will include the first-ever PETA Prize for Animal-Free Wool, which seeks a biofabricated vegan wool. The new prize was introduced at this year’s Biodesign Challenge Summit at New York’s Museum of Modern Art.

The Biodesign Challenge connects design students with biotech professionals to develop new inventions. Each of the more than 30 universities that participate in the Biodesign Challenge holds a competition at the school level, and the winners from each school head to New York City to showcase their designs and compete at the national level. 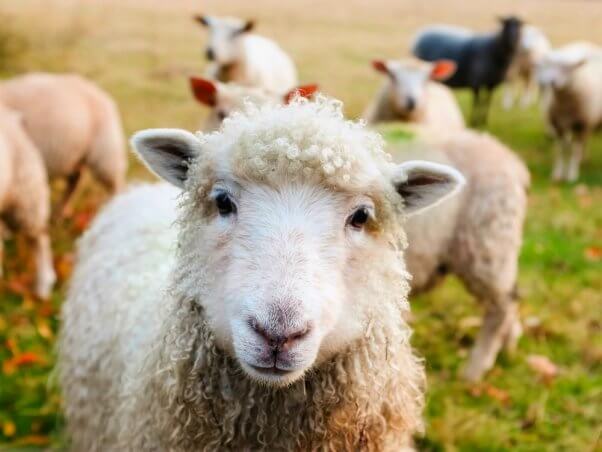 The PETA prize will be awarded in June 2018 to the team that explores and/or develops proofs of a concept for a sustainable biomaterial that could replace animal wool. The student teams should take into consideration the material’s lifecycle, production processes, disposal, and potential for recycling. The teams should also explore how the biomaterial manufacturing process might scale up to be compatible with or even propel today’s garment industry.

PETA has released six exposés recorded at 39 wool-producing facilities on three continents that have all revealed that sheep are mutilated, abused, and skinned alive in the international wool industry. Shearers are typically paid by volume and not by the hour, which encourages fast, violent work. The wool industry also produces massive amounts of methane, erodes the soil, and contaminates waterways.

You don’t have to be a design student to speak out for animals abused and killed for their wool. Help stop the cruelty endured by sheep and lambs in the wool industry by clicking the button below, and if a garment says “wool,” leave it on the shelf.

Say no to wool