Let’s do the math: Millions of unwanted dogs and cats are born every year, adding to the millions who are already homeless. Because so many people fail to spay or neuter their animal companions and because breeders still churn out animals, animal homelessness is a huge problem that can’t be solved by wishful thinking. Shelters that have to deal with a never-ending influx of animals quickly exhaust the available adoptive homes. And soon, shelter workers are left with no choice but to euthanize the animals for whom no home can be found or else refuse them entry, a far crueler fate. 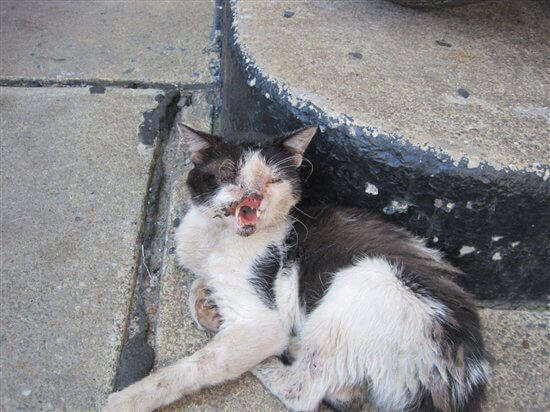 The “no-kill” movement focuses on driving down euthanasia statistics at all costs, rather than providing shelter and care to every animal, no matter how sick, old, injured, unsocialized, or otherwise “unadoptable.” Under pressure from “no-kill” advocates, some shelters have foolishly begun adopting out animals willy-nilly to anyone who shows up at the door, regardless of the suitability of the adoptive homes.

The result is disastrous.

Dogs may wind up in abusive homes, in dogfighting rings, chained up for life as cheap outdoor burglar alarms, or in “foster” care—which can be a euphemism for a hoarding facility—in cramped, filthy cages stacked to the ceiling. They may also be denied veterinary care or allowed to reproduce. Many end up with people whose impulse decision to get an animal soon turns out to have been a bad idea when the effort, time, and expense required become clear, and the animal ends up back on the streets or back at the shelter’s door.

Even with the loosest of adoption practices, shelters still run out of room. And then they stop accepting incoming animals. So the door is slammed in the face of the caring person who finds a stray dog or cat on the streets but is unable to care for the animal. The elderly woman who needs to turn in her beloved dog because her nursing home will not allow animals is out of luck. The soldier about to be deployed overseas is told to take his dog elsewhere. The indigent family whose cat is old, sick, and in pain and needs to be put out of her misery is sent away, often with nowhere else to turn.

When the door is closed on these people, the animals are often abandoned on the streets, dumped in the woods, killed in ways that are far from humane, or left with neighbors, friends, or family members who can’t or don’t want to care for them properly.

While euthanasia is very sad, when this option is taken away from shelters, their other animal welfare programs grind to a halt. Humane officers at severely crowded “no-kill” shelters can no longer patrol the streets looking for lost or injured animals or assist callers needing help with sick animals because they already have their hands full.

What is the solution? Vigorous spay/neuter laws and solid animal welfare programs are essential to alleviating suffering and curbing overpopulation. As long as unwanted animals abound, removing the option of euthanasia means destroying humane services and compelling animals to endure ongoing cruelty and neglect. Don’t blame the shelters. Put the blame where it should be: on breeders who continue to churn out puppies and kittens and on negligent and uncaring people who treat their animals as disposable objects or who don’t spay or neuter them, instead allowing them to breed.