We’re 100 percent in love with 100% Pure: The personal-care company is choosing to forgo selling its products in China, where animal tests for cosmetics are still required, rather than hurting even one animal. 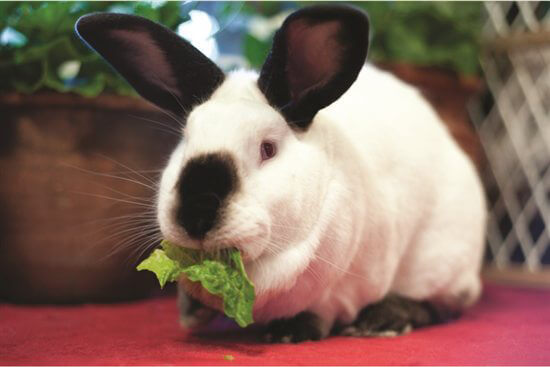 A favorite among celebrities such as Eva Mendes, Kate Hudson, Taylor Swift, and Tyra Banks, 100% Pure has been on PETA’s cruelty-free list since 2005. So we were surprised to see a news article that suggested that the cosmetics company was selling products in China.

As it turns out, 100% Pure was surprised by the article, too, because it isn’t selling its products in China and refuses to do so until the country no longer requires that animals be poisoned, burned, and blinded in cruel product tests. Since our friends at 100% Pure are true buddies to bunnies, we gave them our Courage in Commerce Award. 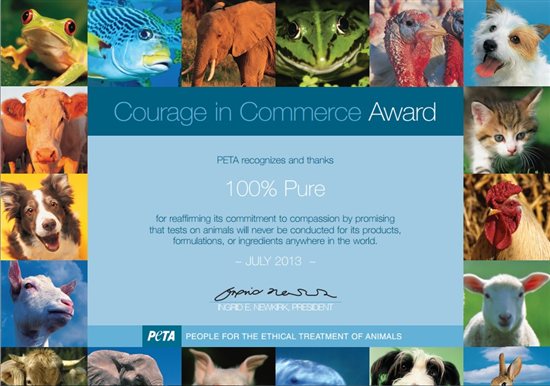 And we’re giving you something special, too. With the help and expert guidance of PETA-funded scientists from the Institute for In Vitro Sciences, China is close to accepting its first non-animal testing method. But in the meantime, we’ve created our first-ever global Cruelty-Free Shopping Guide, and we want you to have it for free.

This easy-to-tote guide lists all the companies, including Paul Mitchell, Nature’s Gate, Dermalogica, Urban Decay, Pangea Organics, and NYX, that refuse to test on animals anywhere in the world.