A Texas man has been charged with assault after throwing a live pig at peaceful demonstrators outside a slaughterhouse.

#Hallettsville Animal abuser cited with a class C assault charge for throwing a pig at one of our activists! Unacceptable behavior! No excuse for animal abuse! #AnimalLiberation https://t.co/ZWxt5OpVoE

The cruel incident of animal abuse took place at a protest outside Glen’s Packing Co.—a slaughterhouse in Hallettsville, Texas.

A local news source reports, “A series of photos on Facebook shows a man wearing a green Texas T-shirt and camouflage Crocs remove the pig from a trailer, slam [the animal] against the pavement, and hoist [the animal] by the legs toward the curb where the protesters were assembled.”

Hallettsville police stated that the man has been cited for Class C assault. A protester was hit by the thrown pig and plans to press charges, according to reports. 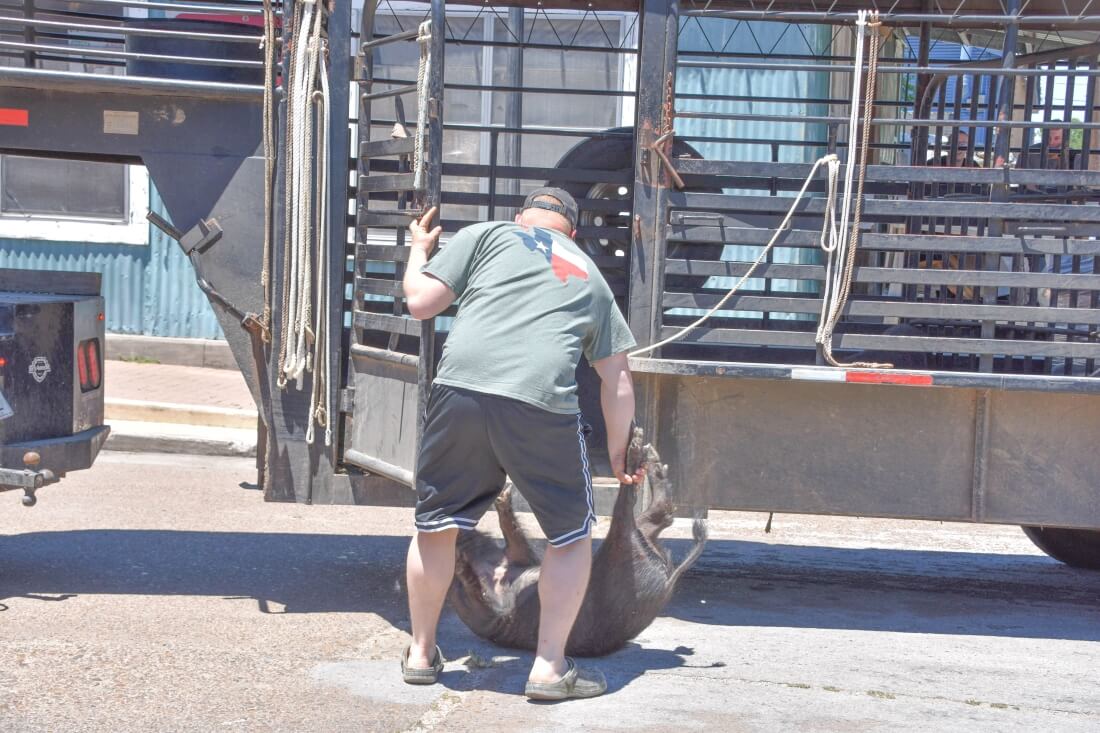 The protester told news sources that the antagonist reacted with violence to the activists’ chants about freedom for animals. “This individual was agitated enough by our presence that he said, ‘Here, you want an animal to be free?’ as he assaulted us with the pig,” he said.

This man’s own speciesism is the source of his rage.

Speciesism is the misguided belief that one species is more important than another. This toxic mindset is deeply ingrained in our society, and as we saw in this story, it results in all kinds of negative consequences. 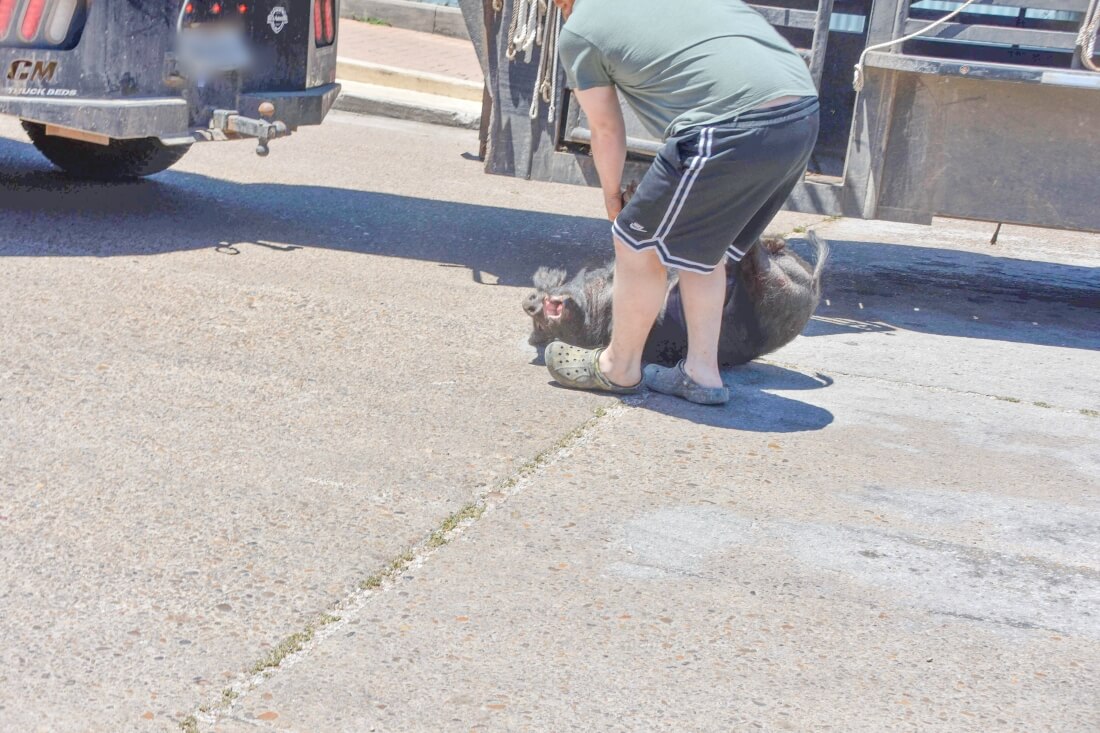 We can only imagine that anyone who would react to peaceful protesters with such belligerent hostility must be insecure about their own immoral behavior. His actions say a whole lot more about him than they do about animal rights activists.

Treating animals in such a way is completely unjustifiable.

Pigs can bond with humans, play games, and even enjoy a good massage. They’ve rescued humans from drowning and fires—yet the meat industry imprisons them on farms. They’re confined to metal crates full of their own waste in which they don’t even have enough room to turn around. By the time they’re sent to slaughter, many pigs on factory farms have lung lesions caused by pneumonia.

No one needs to eat meat. Pigs, cows, chickens, turkeys, sheep, and other animals are living, feeling, thinking beings who value their lives. But they’re kicked and prodded even when ill or injured and jammed into crowded trucks, and their last moments of life are on a blood-soaked killing floor. They are terrified by the sights, sounds, and smells of the slaughterhouse and don’t want to die, yet workers shoot them in the head with a captive-bolt gun and slit their throats.

We hope the man from this story—and all other meat-eaters—will one day truly see animals and realize that they’re complex individuals deserving of respect.

While most of us have been steeped in speciesism throughout our lives, we can—and must—overcome this destructive way of thinking. By going vegan today, you’ll save nearly 200 animals a year simply by not eating them. Order a free vegan starter kit full of recipes and tips. Do double the good and send one to a friend, too!

Send a Free Vegan Starter Kit to a Friend