Sure, we all know that sea turtles are radical surfers who help clownfish find their lost sons. But these majestic animals—who have been around since the T. rex walked the Earth—are more intelligent, skilled, and aware than you may ever have imagined. 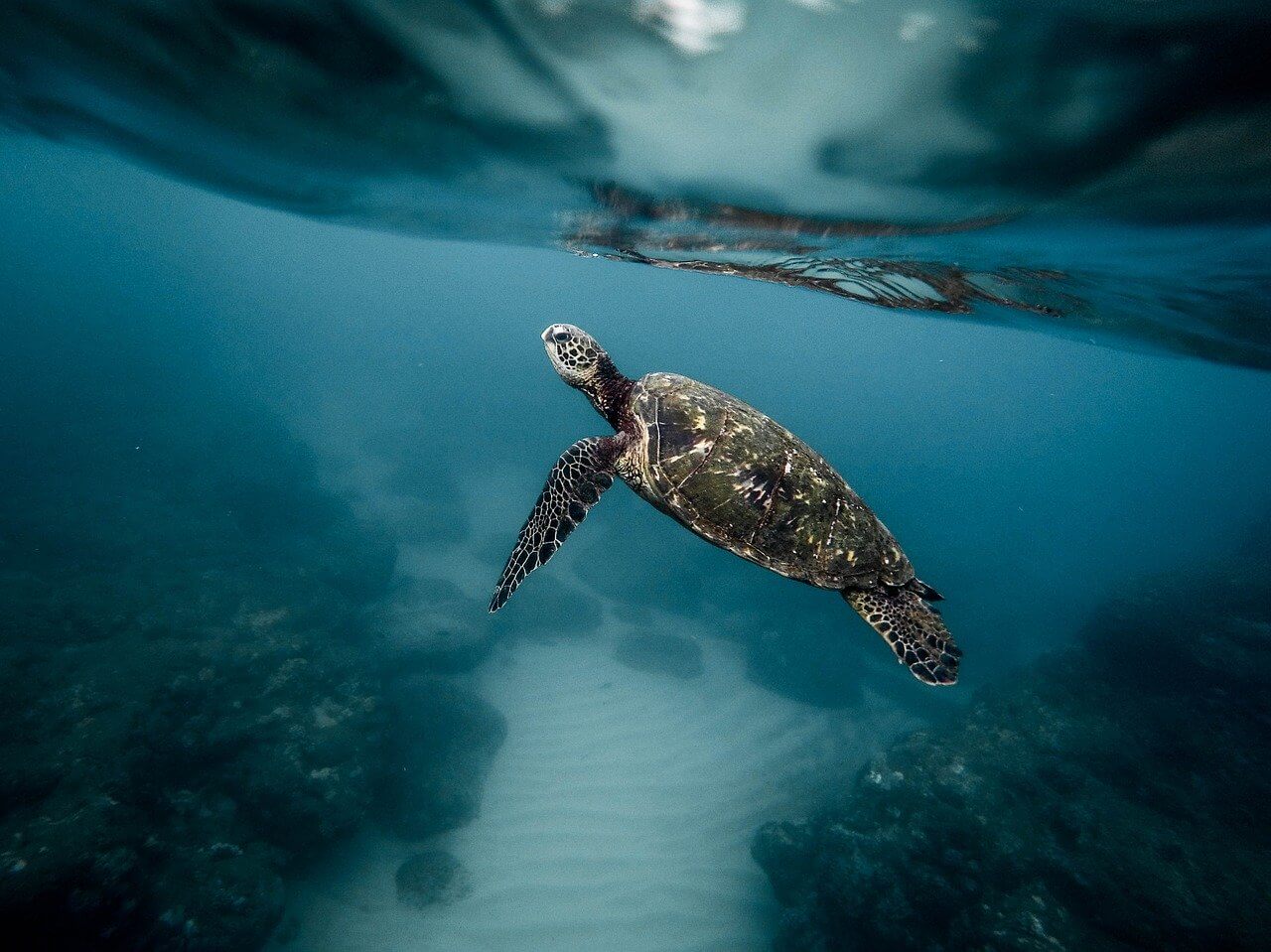 Animalkind, PETA President Ingrid Newkirk’s new book, offers jaw-dropping insights into the exciting, complex lives of sea turtles. Readers will come away with a newfound respect and admiration for these fascinating animals and how they get by in life.

Check out the following facts from Animalkind, and be sure to pick up a copy of the book today!

Capable of living in or out of water, sea turtles roam thousands of miles of ocean each year, usually alone. Green sea turtles journey immense distances between feeding grounds and hatching beaches. Every two to four years, female sea turtles swim as many as 2,500 miles to beaches where they breed.

What, you think all sea turtles look alike? 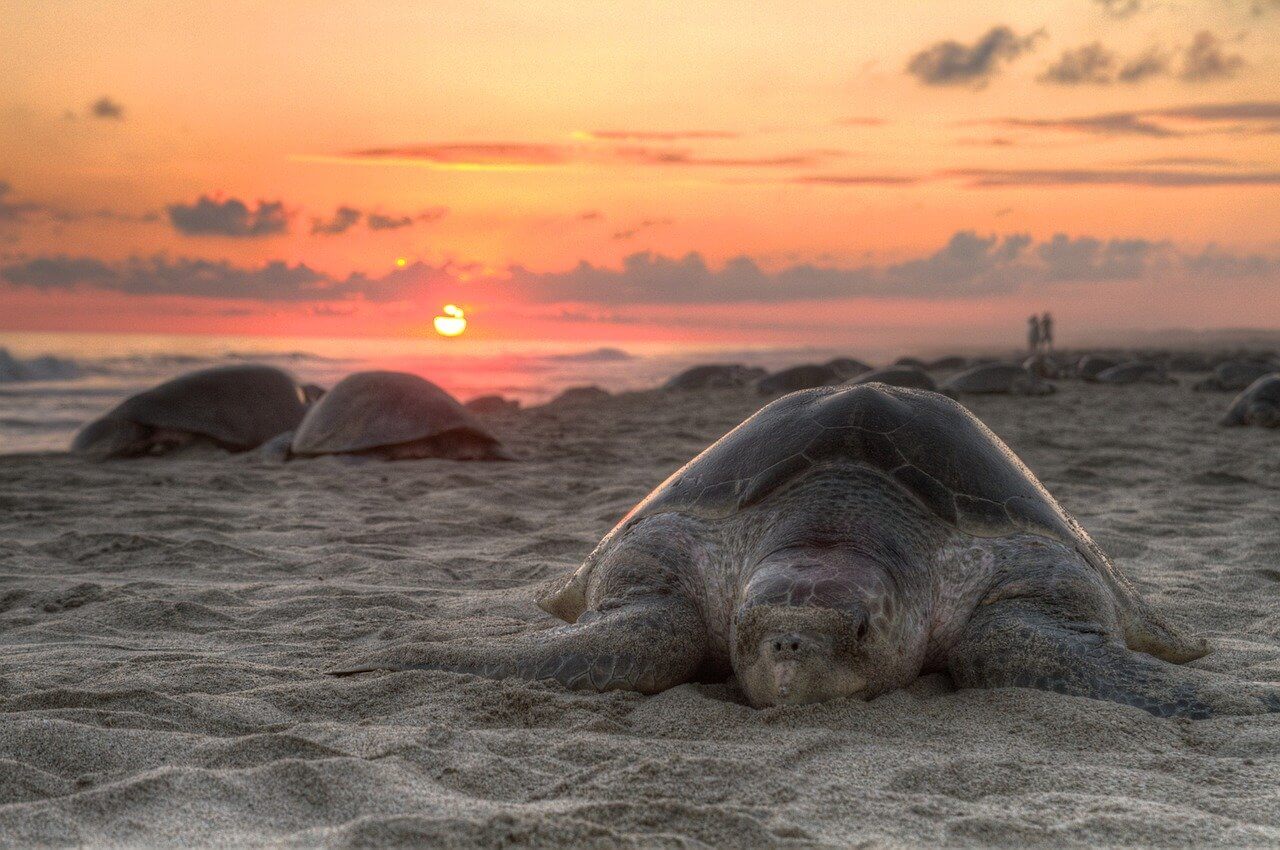 While human sailors routinely got lost at sea until the invention of the chronometer allowed precise longitude measurements, female sea turtles return to the same beach on which they hatched—dozens of years later and from thousands of miles away.

Who knew that sea turtles are natural-born crystal people?

These magnificent animals are likely guided by crystals in their brains that can detect the Earth’s magnetic fields. Tell us that’s not the coolest thing you’ve read today.

Sea turtles may also rely on the sun to point them in the right direction. Researchers from Florida Atlantic University found that they probably monitor the sun’s height in the sky, known as the azimuth, to calculate their position.

They’re curiously casual when it comes to mating. Males typically arrive on the beach first, anxiously awaiting the arrival of the first females. This is because breeding is on a first-come, first-served basis, as females are generally unconcerned about choosing the fittest male for procreation.

However, the coitus is quite a wild ride.

Males and females begin their courtship in shallow waters, moving in gentle, coordinated circles. Then they rise to the surface to take a deep breath before the male latches onto the female’s back and “hangs on for dear life for up to 24 hours,” according to Dave Owens, a marine biologist at the College of Charleston. That’s because during the mating process, other males may try to knock him off, even going so far as to bite his tail and flippers.

These romances are over as quickly as they begin: After mating, the turtles usually go their own way to find a new flame.

Male or female turtles? That’s up to the sand. 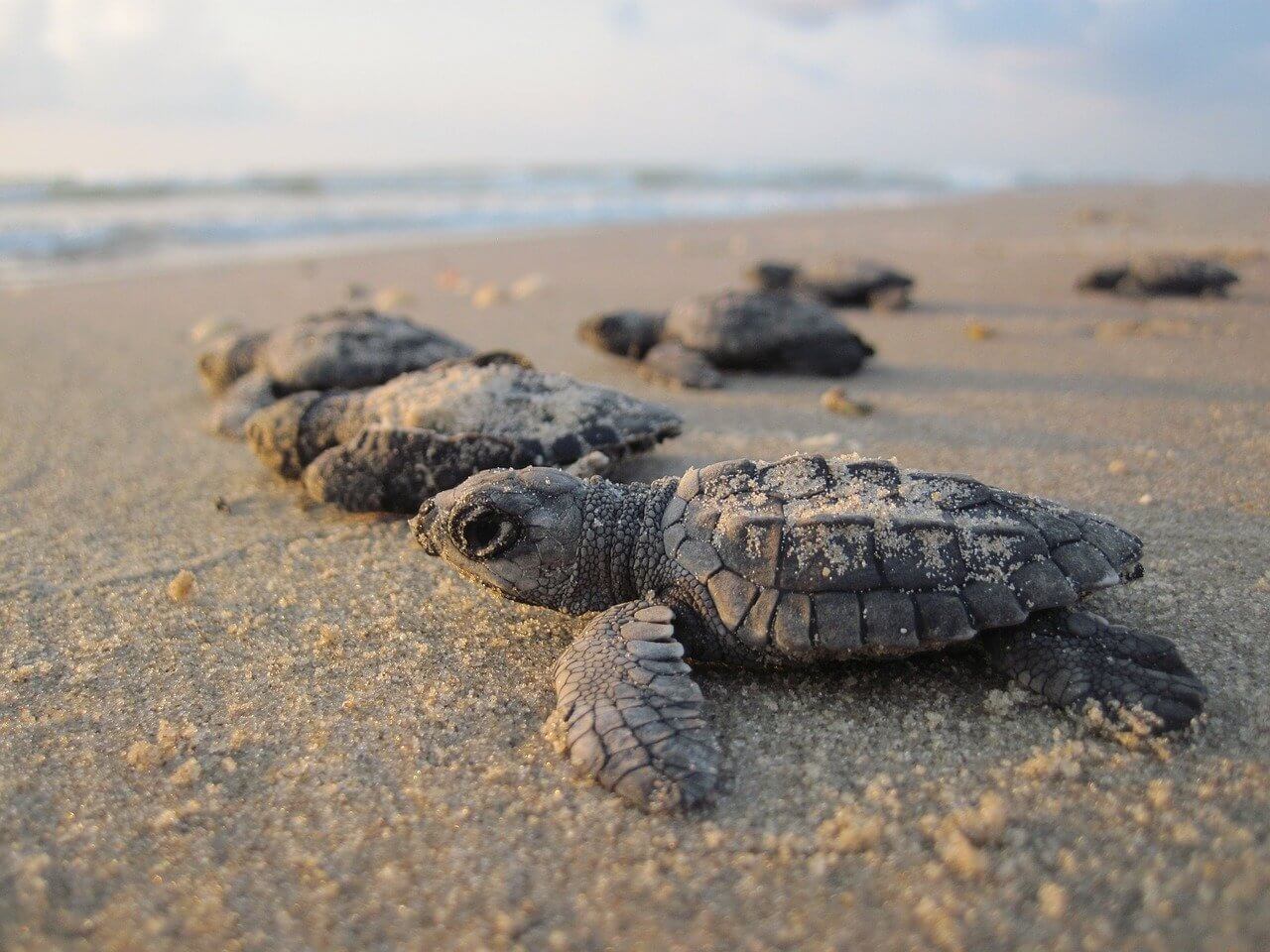 For most species, sex is determined during the egg fertilization process entirely by chance. With most turtles, however—as well as alligators, crocodiles, and other reptiles—the temperature of the egg determines a baby’s sex. Eggs laid in cooler sand will generally become male hatchlings, while warmer sand produces females.

Everyone can help sea turtles by going vegan right now.

Almost every species of sea turtle is classified as endangered or critically endangered. Hunting, egg harvesting, boat strikes, and climate change certainly affect them. But the commercialized fishing industry kills hundreds of thousands of sea turtles and other marine animals every year when they’re inadvertently caught as “bycatch.” They are hooked on baited lines, become trapped in football-sized nets, and often slowly bleed to death when thrown overboard.

By going vegan today, you can save nearly 200 animals a year—simply by not eating them. It’s also the easiest and most effective thing you can do to fight climate change. Need help getting started? Order a free vegan starter kit from PETA:

Check out Animalkind to learn more about the captivating ways animals live.

Click on the link below to order a copy of the book.