The length of the current economic downturn has taken its toll both on people—many of whom are struggling to find housing and jobs—and on the animals who depend on them. As a result, animal shelters are receiving record numbers of abandoned animals, stretching their already limited resources to capacity. 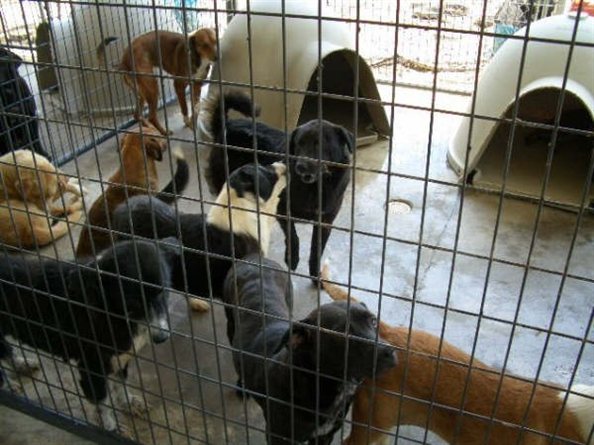 These problems are intensified by the animal overpopulation crisis, which, even in a strong economy, causes many animal shelters to struggle with the burden of homeless and unwanted animals. Unlike complicated fiscal policy, though, the solution to this problem is simple—by implementing and enforcing mandatory spay-and-neuter laws, communities can reduce animal populations to manageable levels, ensuring that every animal can be cared for. PETA not only is working to promote the passage of such legislation but also operates several mobile spay-and-neuter clinics, sterilizing 10,564 animals in 2011 alone and nearly 80,000 to date!

Sadly, at this critical time, many animal shelters are implementing shameful limited-admission (no-kill) policies without first having reduced the number of unwanted animals (though some have now wised up). Many of these animal shelters are betraying animals by adopting guidelines that make the problem much worse, such as requiring appointments and admission fees for people to surrender animals, turning away strays who aren’t well socialized because they are not adoptable (even if they’re at risk of being harmed by people who consider them a nuisance), forcing people to wait until space opens up to take in any more animals, refusing to accept animals from outside a certain town or region, and giving animals away for free without proper screening.

These horribly misguided practices are a blueprint for disaster. The failure of these limited-admission policies has been proved again and again, as in these stories from 2011:

Companion animals depend on us to take care of them, which is why PETA accepts all animals who need help—without requiring a fee or an appointment—whether they are suffering from a terminal illness that requires euthanasia that their guardians can’t afford, were abandoned during a natural disaster, or were injured in Afghanistan and brought stateside by a caring soldier.

How You Can Help Abandoned Animals

Is there an animal shelter that’s turning away animals in your community? Find out—and try to ensure that it does what’s right to help animals. Find out how PETA Saves Animals.