Beloved actor and badass defender of animals James Cromwell was just arrested, hauled out in handcuffs, and taken to jail during a PETA protest at Texas A&M University’s (TAMU) Board of Regents meeting. 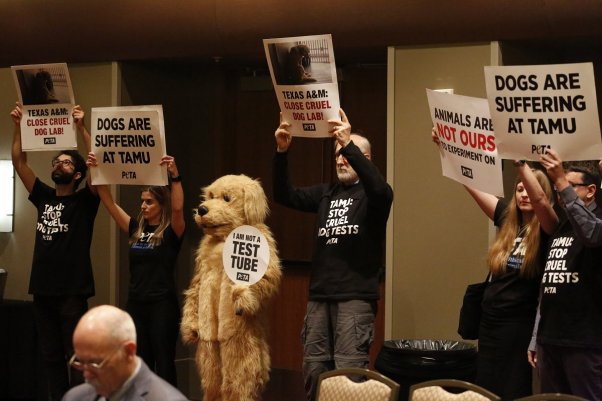 The Emmy winner and Oscar nominee known for Babe, American Horror Story, Succession, and many other television shows and movies demanded that the school end its abusive, deadly, and pointless experiments in which golden retrievers and other dogs are bred to develop canine muscular dystrophy. They struggle to walk, eat, and even breathe. These cruel experiments have been going on for almost 40 years but have not resulted in a single treatment that can reverse debilitating muscular dystrophy symptoms in humans. 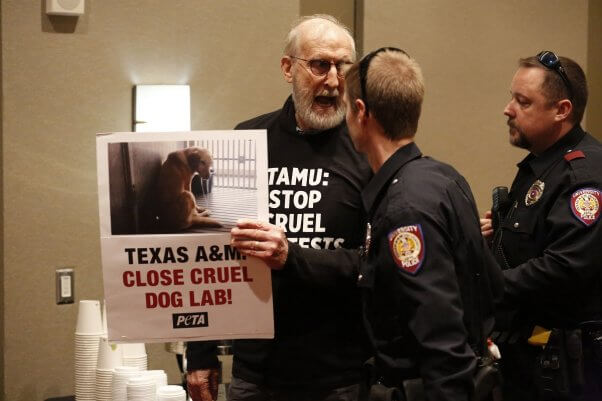 Cromwell is part of a long list of celebrities—including Sir Paul McCartney, Richard Linklater, Bill Maher, Lily Tomlin, Ryan Tannehill, Casey Affleck, and Nikki Sixx—who’ve spoken out against TAMU’s dog laboratory. We can’t wait to see what a fearless activist the 79-year-old is at age 80. And we can’t wait for TAMU to shut down its deadly, useless dog lab for good. 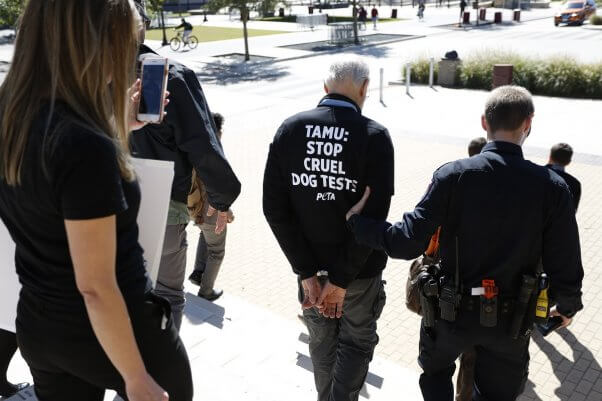 Listen to How I Got Arrested With James Cromwell on The PETA Podcast:

Shut the dog lab down now!