Going vegan and saving animals benefits every culture and creed. But it seems as though Israel—and the Jewish community in general—is leading the vegan revolution. So what’s going on? 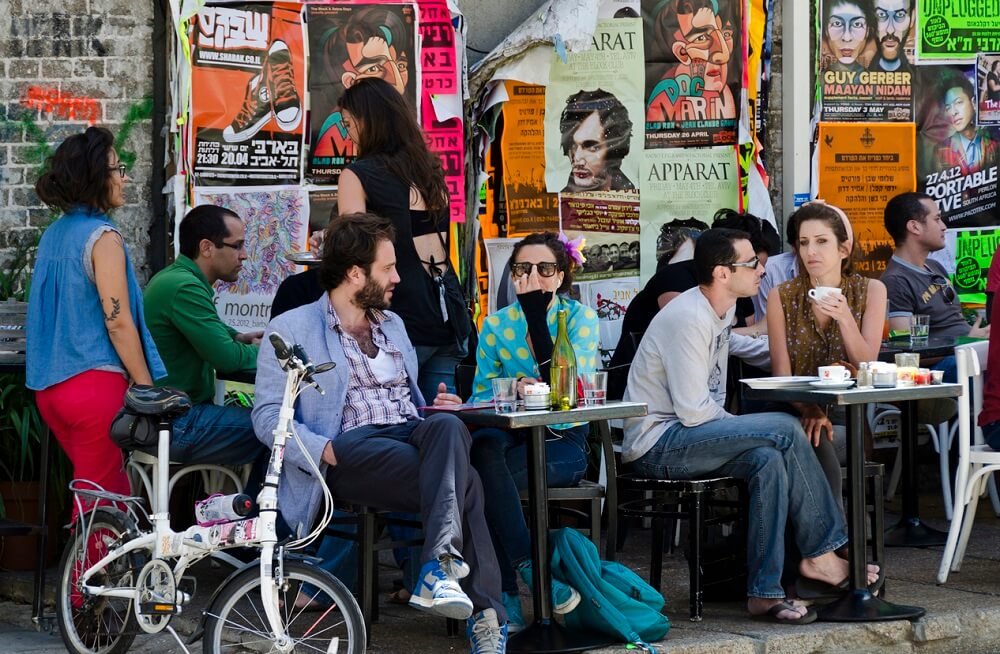 Judaism has a long, proud tradition of compassion for animals. A vegan lifestyle was first prescribed in the Garden of Eden (in Genesis 1:28-29). In addition, practicing Jews acknowledge the principle of tza’ar ba’alei chayim (“the suffering of living creatures”), which prohibits causing unnecessary suffering to animals.

When it comes to recognizing animals’ natural rights, Israel is leagues ahead of many other countries.

Israel has long banned the sale of personal-care and household products that were tested on animals. It was the first country to ban horse- and donkey-drawn carts and carriages used for work purposes.

The Middle Eastern nation is also known for having some of the largest animal rights marches and rallies on Earth, and it hosts numerous animal-liberating organizations. And an Israeli startup launched the first-ever cruelty-free vegan cryptocurrency, suitably named VeganCoin.

Like humans, all other animals value their lives and want to live. Killing them for human vanity is unjust, no matter how it’s done.

Many feel that eating vegan is the new kashrut (Jewish dietary law) for our age. It’s no wonder, then, that Israel has more vegans per capita than any other nation. Kosher law says that animals shouldn’t suffer unnecessarily during slaughter. But since humans can easily find ways to sustain ourselves without eating other animals, especially in the 21st century, isn’t the slaughter of anyone who wants to live unnecessary and unfair?

Rabbi David Rosen—president of the International Jewish Vegetarian Ecological Society—argues that nothing other than eating vegan is kosher, as modern animal agriculture practices violate Jewish teachings.

“If you can have a healthy diet without being a party to offenses and maltreatment of animals, then we have a religious obligation to do so,” he told The Jerusalem Post.

PETA has seen firsthand how the kosher meat industry has betrayed cows and violated the trust of Jewish consumers.

An eyewitness investigation by PETA and two Israeli organizations—Animals Now and Let the Animals Live—revealed that during “shackle and hoist” slaughter, struggling cows were painfully restrained, their throats were slit, and they were hoisted into the air by the hind legs while they were still conscious. After the investigation became public, Israel banned the importation of meat produced using this slaughter method.

The Orthodox Union, the largest kosher-certifying agency in the U.S., also told meat suppliers that it will no longer accept flesh from animals killed by the “shackle and hoist” method—in effect, banning it from the U.S.

Israeli religious scholar Asa Keisar also feels that consuming animals’ flesh and secretions isn’t permissible because of the cruelty inflicted on animals during the production of meat, eggs, and dairy “products.”

Keisar told The Jerusalem Post, “The question is not whether the Torah allows us to eat meat, the real question is whether or not we have tza’ar ba’alei hayim. Right now, we definitely have that, this is a fact. We have videos and testimonies. Because of that, you must be vegan.”

There’s no ethical way to enslave and kill someone who wants to live. Spare nearly 200 animals a year just by first leaving them off your plate. Need help getting started? We have you covered: