This week, Israel became the first country in the world to ban horse- and donkey-drawn carts and carriages from the nation’s streets. The move was the culmination of 10 years of campaigning by the Israeli animal rights group Hakol Chai, which helped draft the legislation.

Hakol Chai had documented the horrific abuse of working horses and donkeys, who were forced to haul heavy loads of junk, construction debris, and produce . The animals were frequently starved, beaten, deprived of basic veterinary care, and forced to work long hours in the hot sun without access to shade or water. Many horses were simply abandoned when they could no longer work. 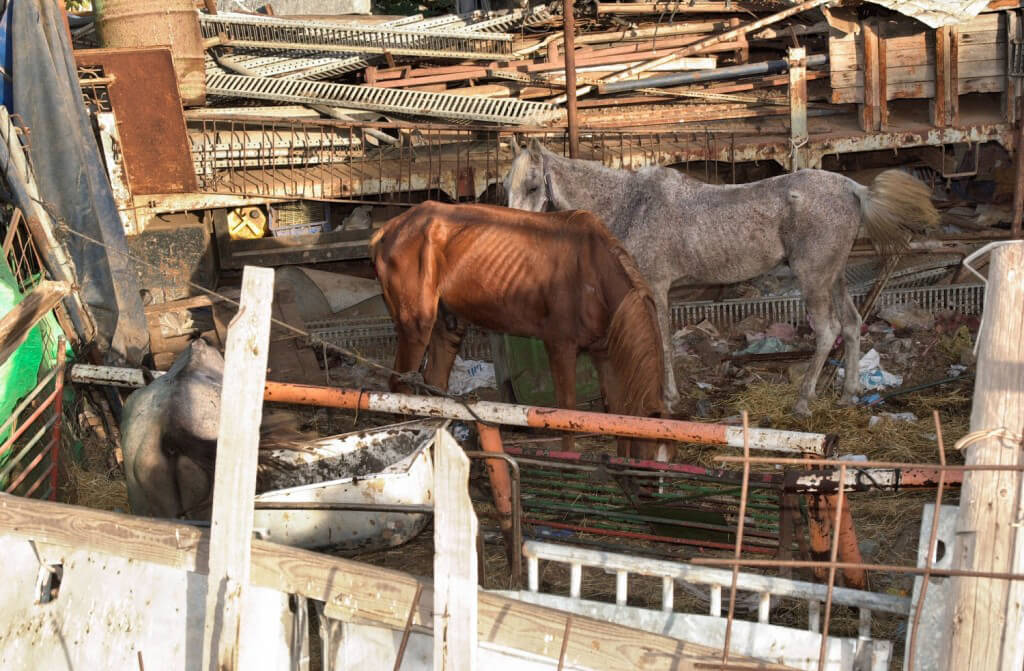 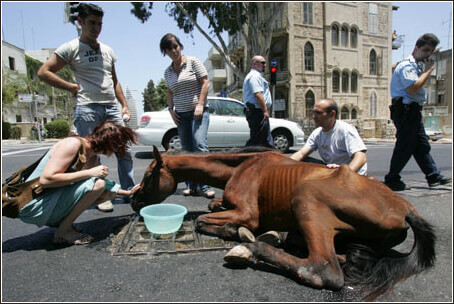 © Alex Roskowsky for NRG from CHAI

Hakol Chai and its supporters photographed horses with blood streaming down their faces and legs from untreated wounds as well as starving horses who struggled to pull heavy loads and collapsed in the street from exhaustion. One rescued horse’s legs are permanently deformed from having been hobbled.

“We are thrilled at this victory in our struggle to end this cruel, outmoded phenomenon that has no place in the modern state of Israel,” said Hakol Chai representative Reut Reshef.”It is heartening to see that in the midst of a war, Israel also remembers the importance of tsa’ar ba’alei chayyim (compassion for the suffering of animals).”